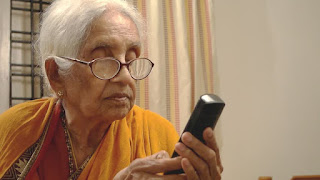 Mothers back in the villages are an interesting lot. They are more concerned about the climatic conditions of the places where their children live than the children themselves. When you talk about these children, they are not really children, but grown up people capable enough to take care of own lives, families, children and even the grand children. However, the old adage says that for the parents, especially for the mothers children of any age remain as children forever. Of late I have understood why mothers like grand children a lot; they want to feel the same love for their children and as they are not available in the vicinities, these mothers transfer it on the grand children. The only problem is that mothers generally ‘over love’ their grand children that some real demands of the children go unheard. Anyway, these mothers come to know about the climatic conditions anywhere in the world through television news and newspapers. May be you didn’t know that there was a small earth quake in the city where you are living yesterday night, but there would be a mid-night call from your mother asking about your safety. Only mothers could do it.

Most of the mothers back in the villages have been now technologically updated. All of them have mobile phones now. There is a pattern in most of the houses. The mothers never get a new mobile phone. If any mother does not have a phone with her today must be having two reasons to explain it: One, I don’t go anywhere and there is a landline at home. I am happy with it. Two, I do not know what to do with this mobile phone. But as human beings they too are liable to evolve and they do that. Their first initiation to mobile telephony is in an old hand sets with the punching pad. They must be either a handed down thing with the digits and alphabets almost erased out of existence or some new handset with obscure brand names and the potential to explode at any time. Giving old mobiles to mothers is an economic move and secondly a very practical one. We all learn cycling on old cycles (now our children do it in the new cycle because these cycles have supporting wheels. When we were children trial and error method nay falling and getting up method was the only method to learn cycles and these hopeless cycles were rented out from village cycle shops), learn driving in old cars (with the gear lever remain flaccid in any gear position) and wear handed down dresses with minor alterations. Once you are good with/at something you get a new one (wish it happened in marriages too!). 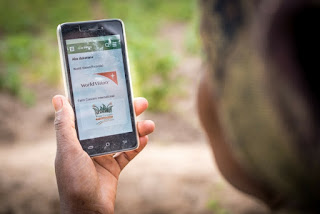 Mothers are now in the world of new telephony. Let me tell you here, I am not talking about those English speaking mothers who are pretty sophisticated and are familiar with the urban life styles, and remain constantly updated with the changing trends. Such mothers are seen even in villages but that is a rarity. Mothers like my mother are educated, understand a few languages, had worked in government departments and banks, fairly informed about the world but fiercely protective about their territories, extremely sentimental about their properties and land, unreasonably fearful about the changing technologies. They are good mothers who are capable of wrecking a lot of disaster in the families because of their attachment to certain value systems. At the same time they are phenomenally protective mothers whom you could rely on keeping your house in order, bringing up your children and placing good food on the table. There is even a saying among these mothers or grandmothers that ‘your mother just delivered you, I brought you up’, a claim which functions like an emotional shackle for most of the children who do not have siblings.

Coming back to the fear of these mothers regarding the mobile phones, I would say it takes quite some time for them to get adjusted. They are die hard traditionalists; they now refuse to graduate to smart phones. They say that punching the invisible key board is rather a thing of experience and practice which is much easier than the sliding screens of the new age smart phones. Think about it, what we call the good old mobile phone handsets with punching key pads were a thing in vogue till five years back. The smart phones came very recently, less than a decade. So things have become things of past as the technology changes so fast. Two decades is something like a remote time in the past for many children who were born sometime in late 1990s. They look at the floppy discs or CDs with a lot of nostalgia where our nostalgia is constituted of dark evenings, unpaved roads, sounds of crickets and frogs, coolness of well water, garden in the front and backyards of the individual homes and so on. Only question remains is how past is past or what is the pastness of past today? Anyway, our mothers refuse to graduate to the smart phones because they are happy with their traditional mobile phones with key pads! They call something that they got introduced to a few years back traditional! That is the mystic of our times. 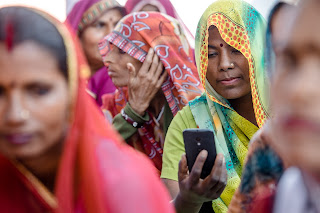 Some mothers like my mother have succeeded in graduating to the new smart phones. Again I should say these phones are never bought for them as brand new equipments. Even if the children do it with good intentions, by the time the packet is delivered by the flipkart or Amazon agent, the loudest and rudest among the grandchildren would come forward to lay claim to it and become very magnanimous in offering his smart phone to his grand mothers. Sometimes, sons themselves would take it for himself while offering his old set to his mother. Generally mothers do not use anything new including food. They prefer to eat what is left over. Even if there are new dishes abundant, they would take out something from the fridge to add a bit of ‘pastness’ to their meal. So, perhaps out of fear, giving away the new phone to the grandson or son himself is a welcoming relief for these mothers because they are afraid of ‘spoiling’ it as they do not know how to use it. They would be happy to have the old smart phone in the place of the new one. With a heavy heart as if they were burying their dearest pet in the backyard, they would push the old key pad driven phone into the drawer still thinking that one day it would come of use. What you see around as its memory, most often is its charger that nobody claims.

It does not take many days for these reluctant but impish old mothers to become experts of these smart phones. As we know they do not have much of work or rather they do it very slowly, they get a lot of time in between to check their mobile phones. Initially all of them would find the sliding a bit difficult as their physical co-ordination is with the old phone and there would be a tendency to punch rather than to touch. They need a few days to register in their minds that it is a touch screen. The next step is familiarising with the functioning of it. Most of the time, you get missed calls from your mothers’ phones because they must be fiddling with the new toy and often what looks familiar is your name or the code in which you are saved in there, would be ‘touched’ hence you get a missed call. Once they get a sort of control on the ‘contact’ list, how to call back a missed call, how to handle a text message and so on (they do it laboriously like a child learning to walk), they move on to the special apps. It is mandatory to have Whatsapp. You know these mothers are very curious about whatsapp. They keep asking you how to work it. And once they have it, then do not worry about anything, they will be in one place sharing whatever comes to them via whatsapp. When you are about to sleep at night, there is a ping in your phone and you take it and lo there is your mother sending you a funny video. 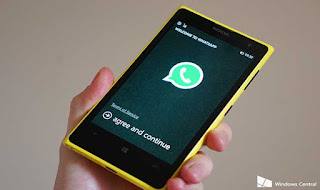 The funny thing about it is that my mother (I could say quite convincingly about her) even keeps funny videos sent to her by me, my cousins and members of the extended family very carefully in her whatsapp folder and never over sends or misuse it. Suppose, I send five funny videos to her, she shares only two further to someone in her list thinking that she could save the other three videos for those days in which whatsapp looks very dry and no forwarded funny videos come. She saves it like any other thing for the dry days. It is a very touching thing to see how these mothers even extend their human love in saving such videos for the rainy days. But only problem is that these mothers while enjoying the visuals and funny videos, they have this tendency to believe anything that comes in the form of a writing, a document, a pdf, something related to Aadhar card, Pan Card, medicines for certain illnesses, certain yogic practices, the medicinal values of certain leaves and so on. I always tell my mother that any thing comes as a public utility message just discard or counter check with internet, newspaper or television before taking any action on it. Even abstain from forwarding it to other people.

These whatsapp moms have become the new moms of the rural world. They are happy to see the pictures shared, at times they make video calls, they share cooking notes, pictures of cooked items, performances of the in-house talents which only the family members could tolerate, new saris, family gossips and so on. Whatsapp is a great thing for the mothers back at home. They may not be knowing how to operate a facebook account or a twitter handle. But they are very confident about whatsapp to the extent of some becoming addicted to it. I think most of the melancholic mothers could cheer up when they get funny videos and pictures in their phones. And the biggest solace for them is that they could make video calls to their children elsewhere. Of course, they still keep checking the weather reports for the possible earth quakes, storms and floods.


( Images taken from the internet for representational purposes only)
Posted by JohnyML at 3:15 PM