Understanding India by Reading Africa: Secure the Base by Ngugi wa Thiong’o 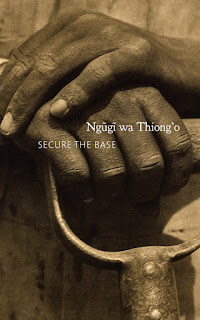 I chanced upon this book at the State Central Library, Trivandrum. Immediately I knew it was from Seagull Publications, Kolkata, for the style of its production was unmissable. The title and the photograph that adorned the cover reminded me of John Berger, the irresistible writer and art historian. Later I came to know that the photograph was by Tina Modotti, an Italian photographer, model and actress who became a Communist in 1930s. ‘Secure the Base’ is a collection of speeches/essays by the Kenyan author and post-colonial pacifist, Ngugi wa Thiong’o (pronounced Gugi Thiango).

Thiong’o speaks about the rifts that the colonial masters had inflicted in the African countries. The rifts were not just political; those were cultural, social and linguistic. After the Spaniards, Portuguese, Dutch and the French, it was the British who made the schism complete. Four hundred years of slavery, unrequited, unremitted and unkind labor exporting was the foundation of the first world. Today, Thiong’o says that Pan-Africanism should prevail and all the borders that the British created to create too many countries within Africa for their divide and rule tactics should be turned into domestic trade routes than political boundaries. 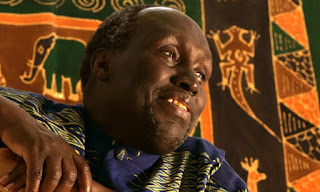 Pan Africanism, which has been there in the air since the aftermath of the Second World War has been failed by the tribal identities attributed to the African populations by the colonial masters. Thiong’o says that why a 9 million population in any region of Africa is called a Tribe while a four million population in the Europe is called a nation, while the descriptive components that define a nation and a tribe are more or less the same. He also problematizes why the African languages are given secondary status while the lingua franca and also the pedagogic mediums are still English and French. The tribal conflicts are looked down upon and are not addressed as national ideological schisms while even the smallest issues within the Euro-American regions are treated not as tribal conflicts but internationally relevant politico-economic issues to be addressed immediately.

Thiong’o calls out for linguistic revival among the African countries and he insists that there should be major dialects, English and French functioning as bridge languages within the African continent. Pan Africanism is not just a cultural and linguistic argument but a demand for economic autonomy which is heavily curtailed by the post WW II phenomena called World Trade Organization (WTO), International Monetary Fund (IMF) and General Agreements on Tariffs and Trades (GATT). If colonialism and slavery were the problems of the yester years today it is debt dependency that functions as the stranglehold in the neck of the African continent. The so called wealthy G8 countries do not allow any African countries to develop their nuclear armaments while they use the African continent for conducting nuclear experiments. 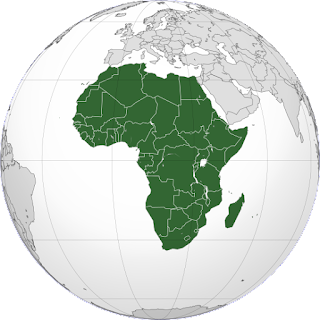 To overcome this situation, Thiong’o argues that the African voice should be heard and he is one of the pioneering voices from within the modern Africa and has been relentlessly trying to make Africa visible by challenging the appellations like ‘Dark Continent’ and ‘Backwardness’ etc. He says that the intellectuals have a lot of work to do towards this. He also makes clear distinction between globalization and globalism: ‘The visible success of globalization is a glossy middle class; that of globalism is prosperous creative people, their common humanity expressed in the multicoloured particularities. (P 60).

Thiong’o’s faith in culture and literature is expressed in the following lines: “Political authoritarianism is terrified of the power of the word that has become flesh. It loves the word that has been dislodged from the flesh. The challenge for the intellectual is to make words become flesh, to make them breathe distinctly. Theory must always return to the earth to get recharged. For the world that breathes life is still needed to challenge the one that carries death and devastation. Works of imagination and critical theories can only weaken themselves by pulling back from the challenge.” (P.112).The more one reads this the more one understands India and its colonial past. A must read book.