My Love Affair with Katharine Kuh 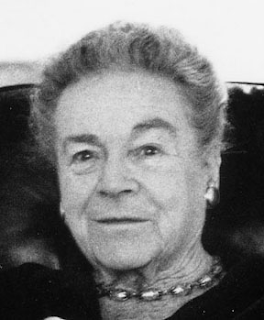 These days we hear a lot about market meltdown and the global economic crisis. It is rumored that many galleries are limiting their operations to the minimum. Many galleries that have mushroomed along with the art market euphoria seem to be downing their shutters until the market shows the signs of recovery. Against this scenario, it is interesting to know about an art lover and curator who started her gallery exactly during the high point of market recession during the 1930s in America. She is Katharine Kuh and she fought against all odds to establish a wonderful gallery, then a great career as an international curator. Her life story is inspirational and rejuvenating.

Born in 1904, Katharine Kuh was afflicted by polio at a very early age. She had to wear supporting braces for ten years in order to regain her physical strength, though eventually her left leg was rendered weak and slightly malformed for the rest of her life. Young Katharine did not intend to study art history, but once she attended a few lectures in art history by the legendary Alfred H. Barr, she was smitten for ever. In 1930 she married George Kuh, a successful business man. Katharine could have easily ended up as a devoted wife, looking after George and his son from the first marriage. But the marriage soon turned out to be oppressive for her. The decision to divorce came as George Kuh’s relatives mocked one of her art purchases (a print by Toulouse Lautrec) and she was forced to keep the lithograph away from everyone’s eyes. In 1935, Katharine divorced George and in the same year she started her own gallery, ‘Katharine Kuh Gallery’ in Chicago.

The book titled ‘My Love Affair with Modern Art’ is a compilation of essays and observations written by Katharine Kuh and it reveals the behind the scene actions that shaped modernist art in America. Once she opened her gallery Katharine was looking out for vibrant and radical artists who could cut away from the already accepted cannons of late 19th century art. Fernand Leger, Paul Klee, Joan Miro, Ansel Adams, Stuart Davis, March Chagall, Joseph Albers, Isamu Noguchi, Alexander Calder and so on were relatively unknown names in the art scene then. Katharine befriended them, studied their works and lives, believed in their art and exhibited them. When she exhibited these artists, the moral police of the time, led by other art critics and art lovers came to her gallery, protested, advised the visitors not to see such art and even chided the artists for making ‘unconventional’ art!

Katharine remembers an incident occurred during the exhibition of her artist friend Carlos Merida from Mexico. He was partially deaf. As the show was on, the moral brigade comprising of middle aged upper middle class women came in and started talking disparagingly about Merida’s works. Merida tried his best to capture the deriding words from these ladies. But their animated actions made him think that they were appreciating his works and he started talking approvingly of their comments. The ladies were baffled by the reaction of the artist and they stomped out of the gallery in total indignation. Katharine, however, did not convey the artist what exactly was going on there!

As it was the period of recession, Katharine could not find enough financial support to employ someone to assist her. Often she played multiple roles, from gallery director to errand girl. A few times in a week she used to give crash courses on art history in the backroom of her gallery, where ‘bored housewives’ came to attend the lectures. Katharine remembers how one of her ‘students’ reacted to a Velazquez work after a long lecture on him; the woman said, ‘Just fascinating’. (Doesn’t it sound similar to our up class ladies reaction to art by saying, ‘how interesting!’).

One day Katharine found out a bunch of postal stamps missing from her work desk. A solo show by a young artist, Charles Sebree was on at that time in her gallery. Finally she found out that Sebree was stealing stamps from her desk. He was selling it to someone just to find money for buying food. She asked him to change his behavior. But he said, it would be ‘dishonest’ if he agreed with her suggestion because he was planning to steal more stamps as he did not have any money to buy food. (It was the condition of the artists then in the US. When I mentioned it to an artist friend of mine in Delhi, he said, I too have done things like that in past. He said he did not steal money or stamps but he stole some interesting souvenirs from friends’ houses. He was forced to steal them because despite his repeated requests to part with those souvenirs, they were not listening to him!)

Another incident Katharine describes is quite touching. It was a time when Jewish migrants were coming to the US from the Nazi Germany. One day a Jewish lady came to the gallery with her small son. A few uniformed officers came in to see the show at the same time. The moment the boy saw them, he stood alert and screamed ‘Hail Hitler’. The Jewish woman explained that the boy was so traumatized by the experiences back in Germany where anyone had to say ‘Hail Hitler’ the moment they saw men in uniform. The Jewish community also adopted this to escape the eagle eyes of the Nazi officers.

After a few years Katharine joined Art Institute of Chicago (which is one of the most famous museums in America now) as an assistant curator to Daniel Catton Rich, the director of Art Institute of Chicago. Later she developed a life long affair with Dan Rich. Katharine with her hard work and vision, supported by her close relationship with the artist and collectors rose in the museum hierarchy to become the most important curator of America. She started contributing articles to Saturday Review and became its official art critic. She traveled all over the world to collect works, negotiate exhibitions and exchanges, and also to write columns for Saturday Review. In the book she remembers how the government of India could not understand her vision and turned down her proposals for cultural exchanges. Her final visit to India was in 1978.

This book is full of reminiscences about the great modern artists, their works and lives. She analyses the life of Mark Rothko who craved for social acclamation and always found young painters as a potential challenge to him. He wanted name and fame, both he got. But he was not satisfied. Finally he committed suicide. Katharine says that Rothko must have thought that death would bring him the ultimate glory.

Katherine gives vivid pictures of Leger, Stuart Davis, Brancusi, Bernard Berenson, Alfred Jenson, Clyfford Still, Isamu Noguchi, Mark Tobey, Franz Kline, Jacques Lipchitz, Hans Hofmann, Josef Albers and Edward Hopper. She observes that Isamu Noguchi’s works are a constant search for his true identity against the divided identity of his self. Noguchi, like Rothko, wanted the final endorsement to come from the nation. Also she speaks how the famous sculptor, Jacques Lipchitz accepted a commission from the White House to make a trophy that depicted the face of the then president Lyndon Johnson. After some harrowing experiences at the hands of bureaucracy, Lipchitz finally made the sculpture, which President Lyndon openly disparaged.

Katharine has her own opinion on modern art. Though she lived to experience the birth, growth and flourishing of pop art, conceptual art and ‘contemporary art’, her true love lays in modern art. She reveres the modern masters for their works and their lives. She passed away in 1994, at the age of 90.

Before I close, let me quote a few observations by Katharine Kuh:

“What exactly is an art curator? From my experience, curators can be anything they want as long as they conform at least nominally to the bureaucratic folkways of museum life. Committees, trustees, complaints, social interruptions, and the discreet pursuit of possible donors are all part of the game, but aside from these distractions, each curator is a potential self invention. To be sure, scholarship, experience, and the commitment to using one’s eyes both for looking and seeing (quite different processes) are prerequisites, yet there are no rigid boundaries.”

“Curators need no personal incomes to acquire great collections or to be surrounded many hours each day by splendid trophies. Their homes can be seedy but a large part of their lives are spent with masterpieces that would set any private collector to salivating.”

“In the United States today, the term curator is bandied about so heedlessly that any dilettante who arranges the most meager sampling of art appropriates the title. To make matters worse, the noun now poses as a verb, actively inciting freelance novices to claim professionalism sadly lacking—not unlike a first year intern posing as an experienced surgeon. The debasing of the title points to all the trappings of pseudo-scholarship.”

Anybody listening? Isn’t she talking about those half baked heads in India, who shamelessly call themselves curators?

(My Love Affair with Modern Art- Behind the Scenes with a Legendary Curator. Katharine Kuh. Edited and completed by Avis Berman. Arcade 2006)
Posted by JohnyML at 10:04 AM