Why Do the Servants Spit too Much in Delhi? 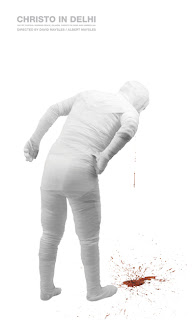 I would have never read this book had not my artist friend Baiju Parthan told me about it.

While driving through the spacious but busy roads near the President’s Estate in New Delhi, we came across the famous sculpture ‘Gyarah Moorti’, a depiction of Mahatma Gandhi leading the Indian people towards Dandi beach to break the ‘salt tax’ imposed by the British rulers.

“Aravind Adiga, the author of White Tiger, the Booker Prize winning novel, speaks of this sculpture in his novel,” Baiju Parthan said. “He writes a lot of about Delhi in an ‘on your face’ manner. I don’t know whether you would like the novel or not, but I enjoyed it thoroughly,” he added.

Baiju is like that. His is philosophical and skeptical in everything. He does not want to impose his ideas on anybody, a true nature of an erstwhile ‘hippie’. If you want to deduce an opinion on this novel, you have to read and arrive at your own conclusions.

“Who did this sculpture?” asks Sanjeev Khandekar, another artist friend, from my right side.

D.P.Roy Choudhury, the master disciplinarian sculptor who excelled and propagated the western neo-classical sculptural idiom in Indian modern art had done this public sculpture as a post-independence government commission. From the posture and movement that this sculptural ensemble carries, one can make out where Roy Choudhury’s formal and aesthetical loyalties rested.

The physical language of the sculpture is that of western neo-classical tradition, while the aesthetical approach heralded the idea of Social(ist) Realism, promoted by the erstwhile Soviet Union. The sculptures like ‘The Triumph of Labor’ (currently installed at front courtyard of the National Gallery of Modern Art, New Delhi) exemplify Roy Choudhury’s formal and aesthetical affinities.

The place near Sardar Patel Marg, where the Dandi March sculpture is installed, is known as ‘Gyarah Murti.’ Reason is simple. Gyarah in Hindi means eleven and Murti means Sculpture. There are eleven figures in this sculptural ensemble. Hence, it is Gyarah Murti. There is a place called Teen Murti in New Delhi. Reason, there is a war memorial sculpture with three figures. Teen means Three. One main road that leads to the famous Connaught Place is called ‘Barah Khamba’ because there is an installation of twelve pillars on the right side of the road (just below the Gopal Das building and opposite to the historical Statesman Building). As you rightly assumed, Barah means twelve and Khamba means Pillar.

I like anything written on contemporary Delhi. Perhaps, I like the works of Chetan Bhagat, Meenakshi Reddy Madhavan, Aravind Adiga, Mark Tully, Gurcharan Das and so on, irrespective of their literary excellence or moderation, mainly because they all talk about the contemporary Delhi and its unsung underbelly. At times, even I like certain newspaper columns that speaks of Delhi’s alluring, disturbing and funny contemporaneity (for example Sushmita Bose’s column titled ‘Single in the City’ in Hindustan Times. Though she takes a very high-browistically liberal attitude, she speaks of the immediate Delhi, a Delhi devoid of historical burdens but a Delhi grinds through the present-ness). May be it is the same aspect that makes Maximum City (Suketu Mehta), Sacred Games (Vikram Chandra), Shantaram (Gregory David Roberts ) interesting narratives on Mumbai.

In all these works history is not a burden but just a backdrop. It is quite soothing. You need not be a scholar to understand your own life. You just need to be a reader, with a sense of ‘reading’.

Ever since Baiju Parthan spoke to me about ‘White Tiger’ by Aravind Adiga, I had this itching in my sole/soul to read it. Have you every experienced the itch in your sole/soul? You want to itch and you even try to scratch the sole of your footwear. But it will not go away, unless you reach out to it with your ‘real’ fingers.

Between Kamasutra and Yoga books, you find Arundhati Roy and Noam Chomsky. Thomas L Friedman, Stephen Hawkins, Khalid Husseini, Mahatma Gandhi, Bijan Daruwalla, Richard Branson, Richard Bach, Kafka, Sadat Hasan Manto and Shobha De. Benazir Bhutto, L.K.Advani, Mushraff, Mayawati etc are a must. Then you find a series of books with cover pages looking the same. They are pulp fiction. At times, you are compelled to look at those glossy magazines that deconstruct human body into several components. Each component has a devoted magazine and I wonder who reads all these.

And the happy thing about airport bookshops is this: you will not get the book, which you are browsing for. So you get a book, which would eventually interest you. I always think of such buying as something similar to a highly meticulous man getting married at the age of fifty. All these while, he has been looking for the right kind of girl. Finally, out of TINA factor (There Is No Alternative factor), he decides to marry the girl, who is absolutely different from his prescriptions. But after marriage, he would love this girl like anything, the way a reader reads his TINA found book again and again.

I look for ‘White Tiger’ in Delhi’s airport, but in vain. As I have another book in hand, I am not in a TINA situation.

Just outside Mumbai airport, an Eruda* approaches my car, with a bundle of books arranged like tower in his hands. He picks one book out of the tower and places it against the window glass and I read the title, ‘White Tiger’.

I lower the glass and ask for the price. He turns the book and shows the back cover where it is written, Rs.395.

I don’t like pirated books but when you have the itch in you, you don’t look at the ethics of publishing industry. So I haggle with him and say, “Hundred Rupees.”

“Original sir,” he says and authenticate his argument with the cellophane cover.

I am an experienced book lover/buyer. I stick to my price and finally, as the traffic light turns green, I shove a hundred rupee note into his hand and he, in turn, pushes the book into the car. The deal is done and ‘White Tiger’ is mine now.

I tear off the cellophane cover with some impatience and open the book and I chance upon these lines on page number 6 of this pirated edition.

“See, when you come to Bangalore, and stop at a traffic light, some boy will run up to your car and knock on your window, while holding up a bootlegged copy of an American business book, wrapped carefully in Cellophane and with a title like:

Don’t waste your money on those American books. They’re so yesterday.

I smile. A prophecy boomeranged.

Millions of people from Darkness India come to Light India in search of a living. Balram Halwai Munna too comes to Dhanbad, the mining district in Bihar to eke out a living. He mops the floor and washes dishes in a tea shop. He would have ended as one of those ‘human spiders’ mopping the floor in non-descript tea-shops. Despite his social and educational backwardness, Balram has a strong will to survive. He learns driving and joins an American returned couple in Dhanbad. To run their coal mine business smoothly, they need to bribe the politicians in Delhi. So they move to Delhi/Gurgaon. This opens up a new world for Balram.

Delhi is a university for Balram. He sees his mentor couple divorcing and his master falling for his former flame. He sees the politicians, shamelessly taking bribe and also he sees entrepreneurial individuals making it big in life. But inside his core, he is just a servant. And he sees Delhi through the eyes and lives of a servant and it is a different Delhi altogether. One day he kills his inebriated master and runs away to Bangalore, a land of future possibilities as put by he deceased master. He becomes an entrepreneur there by starting up a car rental agency for the call centers. He bribes his way up to the social ladder.

The question why was he not caught by the police in spite of the picture poster campaign to track him down?

Because, he looked like a ‘servant’ from the Darkness India. All servants from this Darkness look the same. How can you arrest millions of servants for one murder?

The novel is written in an epistolary format. Balram addresses the visiting Premier of China, Mr. Wen Jiabao in order to tell him the true story of Darkness India against the projected stories of Light India.

What I like about this Delhi is this: It is not cinematic. It has the quality of a pure novel, which could only be completed by the readers’ experience and imagination.

After reading ‘White Tiger’ I realize why the servant class of Delhi spit too much. They hate their masters and they hate them absolutely.

The master class cannot wish away a Madhur Bhandarkar or an Aravind Adiga.


*Eruda- A monumental work by Jitish Kallat. It depicts a boy who sells books at the traffic lights and the artist makes his feet transform into symbolic houses.

The illustration is a digital work by Prasad Raghavan. This work was included in a show titled ‘SPY’ curated by Bose Krishnamachari.
Posted by JohnyML at 4:14 PM

" The brave and bold persist even against fortune; the timid and cowardly rush to despair though fear alone". Congrats Johny..You are now in a very big league.

hi,
thanks to google, i reached here by chance. Simply loved reading this post. Will savour other ones slowly.