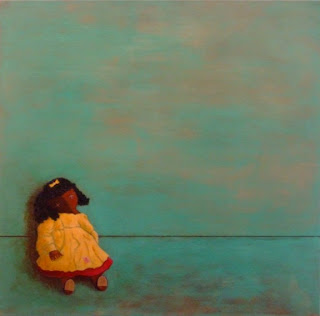 Naomi Klein is an author and a logo. She wrote one of the best selling anti-consumerist literatures, No Logo. Then she came out with her anti-imperialist critique, ‘Shock Doctrine’. In this book she speaks about the use of shock therapy, first in treating mental cases and then in military torture plans. Shock therapy is a way to clean up the mind; shock and erase the existing inscriptions out and re-inscribe it with a new history. In military torture plans, shock treatment grows in scale and dimension. In torture chambers, prisoners of war are treated with electric shock in order to yield confessions and revelations, then they are shock treated to clean up their minds. In war fields, precision bombing is one way of shock treating the people of the target country. Bombard a particular area continuously, destroy it beyond recognition so that people would come out as clean slates, where the aggressor can inscribe his ideologies.

In Shock Doctrine Naomi Klein reveals the story of an old woman who was a political suspect during the Second World War. She was captured by the military and put her in a hospital accusing her of mental illness. She was treated with electric shocks continuously for several years. At one point of time, she even believed that the shocks were doing good to her. After her release, slowly she realized that she was erased of her memories. Her hands were shaky and needed constant self reminders to stay in life. Whenever memories flashed before her mind, she wrote it down in small bits of papers and pasted it on the walls and furniture. She remembered her life, about her own self by looking at these small notes. When Naomi Klein met her for doing an interview for the book, this woman was living in a small apartment filled with notes stuck all over.

Recently I watched a movie titled ‘Ghajini’ with Aamir Khan in the lead role. He suffers from memory loss. And he is here to avenge the villain who killed his girl friend and made his life terrible. He needs to write down things on pieces of paper or take photographs to remember things. His room is also filled with notes and photographs. His body is tattooed with reminders of revenge. He needs constant reminders to fulfill his mission. And finally he does it. I am not going into the details of the movie. But I want to ask a question myself: are we also not suffering from memory loss and we need constant reminders to live our lives fruitfully. We may not be writing reminders and pasting them everywhere. But everything seen around us behaves like reminders of our own selves. We may not be mental cases. We may not be here to wreck revenge upon a villain. But we are amnesiac and we need reminders.

But we refuse to remember things. Forgetfulness is an easy way to survival. We like to think about complex things and analyze them deeply. We feel that life is a complex thing and we need to analyze it thoroughly. We don’t understand life is a very simple thing that is why it is very complex. When we approach complex things, we get an escape root from the simple facts of life, which we don’t want to face. But simple things always remind a creative person of his own self and his relationship with the people and things around. The world is filled with such simple things, the reminding notes and we refuse to see these notes. And let me tell you, those people who are shocked and awed by the complexity of things, should ultimately see these small reminder notes.

I chanced upon a book in one of the bookshops in Bangalore. It’s name was ‘Simplexity.’ In normal case I would not have bought that book. The title attracted me and I bought the book. This book deals with a simple fact in life: it says, complex things are not complex as we think. Simple things are not simple as we imagine. The author takes the example of pencil to prove her point. She says, pencil is such a simple thing in our life. But if we think about it, it takes us to very complex problems. Where does the wood for making the pencil come from? Where does the graphite for the pencil come from? Does the making of pencil lead to deforestation? Are the mine workers in the graphite mines happy with the working conditions? Is there a monopoly in pencil industry? Who are the victims and who are the gainers in this industry?

A simple thing like a pencil can lead to a world war. Simple things are just reminders. We don’t see the reminders. But artists and creative people can see these reminders. Only an artist can say that she ‘could be as identity-less as an ‘M’ sign of the Macdonalds in any city in the world’. An artist could see what an M sign speaks to her. May be to someone else it means nothing but meaty burghers. Another artist friend of mine, while walking together along a street, asked me once, ‘Where are these nuts and bolts coming from?’ He had noticed several nuts and bolts lying in the middle of the road. “They must have fallen from some moving vehicles,” I told him. “What might have happened to those vehicles?’ he wondered. Then he developed a series of drawings based on these fallen nuts and bolts. Another friend of mine went to Chandigarh and he was supposed to participate in a public art project. He did not do anything till the last date of the art project. On the final day, he stood in the middle of the road and painted the image of a needle at one of the yellow broken lines that divided the road into two lanes. “This needle is stitching the road,” he said.

The yellow line was just a reminder for him. He saw that there was a reminder. While driving, I look at these small reminders; the simple reminders. A shoe suddenly appears from nowhere in the middle of the road. Where has it come from? I think about all the abandoned shoes in the world. I remember the installation of Christine Boltanski. I think of Vincent Vangogh’s shoes. I remember Jalianwala Bagh. I remember my college days and the streets after a police lathi charge on a students’ procession. I see a helmet kept right in the middle of the road. I see a patch of red and imagine it as dried blood. I drive through a dead man’s soul. I see a doll, fallen from the hands of a child who was sitting at his mother’s lap, behind a scooter. I can hear the cry of the child for his lost doll. Life becomes so meaningful when you look at the simple things around you. Life is full of associations.

I wrote all these because I was just looking at a yellow cup kept in the middle of a chair cushion at the right corner of my office room. A couple of hours back I had a visitor, a young woman artist from Chandigarh. Whenever she comes to Delhi, she drops into meet me. My office assistant makes the famous ‘nimbu chai’ and she likes it. She could not find a place to keep the cup and I told her to keep it on the chair cushion. She has gone now. But looking at that cup, sitting alone, lost and silent, I remember her aspirations and frustrations as an artist. I think of her story as she had recounted. I go to Santiniketan, cycle around there, go to the Kopai river, see several angels there at the river bank. I see a face blooming into a spring. I see a face fading into the vibes of a Baul song. I see a life beckoning me from a garden of peacocks.
Posted by JohnyML at 5:30 PM