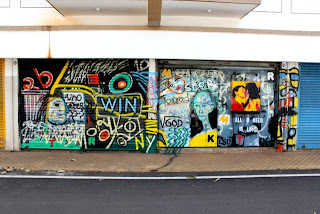 Norman Tagore paints violent images. He paints the images of love too. Is that because he considers love as something a refined and sublimed form of violence? Levinas had once said that you could shed blood by making someone blush.

Love could be violent and for some, violence could be love too. When violent love happens Macbeth takes birth and when violence becomes love, Fascists take birth. Only love and lust for life could make you write diaries. What would you do when you don’t have a pen and diary in your hand and you find yourself confined in a cellar waiting to be gassed?

Then you scribble your love on raw walls with your nails, till your fingers bleed. Picasso once said if he was confined in a place without a paper and charcoal, he would draw on the walls with his tongue. 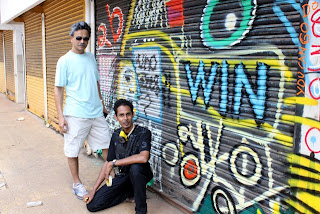 In love too you use tongue to taste the saltiness of your lover. Tongues are used when you want to spread hatred too. When love happens you wail. Then you spray the walls of the city with your color cans. You write ‘Love’ in big bold letters.

What we need is love. That’s what Norman Tagore says through his spray cans. And artist, Suhas Shilkar too uses spray cans to speak of the abstract emotions.

Love was that united them in this project and it is called, ‘Sadak Chaap’. Sadak Chaap means ‘Street Stamp’ or Street Smart. And it is a graffiti project that Norman and Suhas took up in a street near the Miramar Beach in Goa. 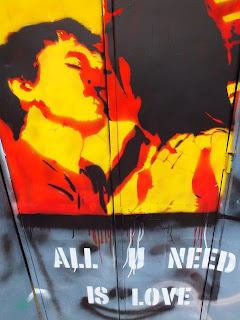 Norman Tagore and Suhas Shilkar are two artists based in Goa. Norman has been interested in learning about ‘graffiti art’ or street art. He followed the works of Banksy, Shepard Fairey, Swoon, MBW, D*Face and so on.

Then One day Norman watched a movie titled ‘Exit Through the Gift Shop’. This Oscar nominated movie speaks about Banksy and street art. Norman was hooked. He contacted Suhas to collaborate. Then this project happened. It was between 24th and 25th of October.

Norman wants people to see art. And he wants to tell the world about Love because in the name of Love he had been tortured by a friend.

Perhaps, Norman does not want anyone to know about this story of his suffering. May be he wants. But I want to recount it for you: 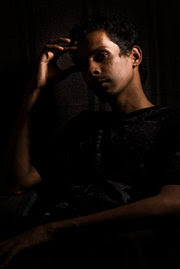 Norman was a student at the Goa Fine Arts College. Tall, lean and handsome, Norman was a darling of everyone (He remains to be one). Then one day Police came knocking at his door. He was accused of raping a fellow student. She accused him and two other boys of mass raping her.

They were detained. The news hit the headlines. The boys were sent to jail. They languished there as ‘rapists’ for almost a year. When the case came for trial, it was categorically proved that the girl had schizophrenia. She was imagining things.

Norman came out unscathed but with a deeply hurt heart. His family was going through the worst of its times. He found his solace in art. Norman painted all about love and sex too. Now he paints simple images of couples in sylvan landscapes. He is an artist to watch out for.

Perhaps, the old wounds are still smarting. That’s why Norman still speaks about love and the right to love. No violence. 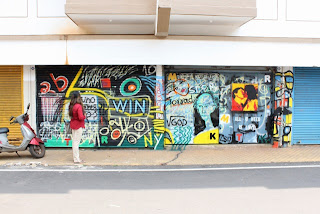 Suhas Shilker paints abstract art. When the project was proposed to him by Norman, he took it up with all enthusiasm. He painted spontaneously on the shutters and walls of the shops in Miramar. Norman stenciled images and sprayed them to his heart’s content.

Sadak Chaap turned out to be a success as people gave it due attention. In Goa, in the art front there are exciting things on the move. There at the Kerkar Art Complex, artist Subodh Kerkar invited the Goan artists to paint a huge tear drop made out of fiber glass. That came out to be a graffiti project on a given surface.

If there is a wall, be sure, in the coming days there are going to be utterances on love, sex aur social dhokas.
Posted by JohnyML at 2:36 PM