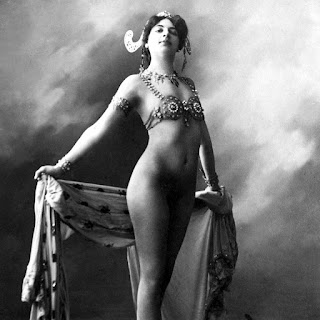 
It took me three hours to finish reading the novel, ‘The Spy’, the latest from Paulo Coelho’s pen (yes, pen, do not go for the other meanings of the word). Not really a page turner but the 180 pages work of fiction based on the true story of Mata Hari, the spy woman who was executed on 14th October 1916, within just two years since Europe went into the First World War, is a sympathetic retake on a woman’s life. Marguerite Gertrude Zelle aka Mata Hari was a Dutch woman who sought her freedom and became a double agent for the warring Germany and France. Mata Hari became famous as a dancer and seductress in the high circles of Paris, which gave her a passport to the state secrets, as alleged by her inquisitors.

The novel is short and crisp and while reading one feels that Mata Hari is a much wronged woman by a society governed and led by the patriarchal values. Margaretha (a spelling used in the novel) was a woman ahead of her times; perhaps that quality of her came from the fact that unlike many other women of her time, she did not want to live an oppressed life, initially by the parents, then by the school and eventually by a husband and family. However, young Margaretha was confused about her own self, like many other female protagonists in Coelho’s novels. Like other protagonists, she too aspired for a good life. Her body was violated by the principal of her school, when she was just sixteen years old. Since then, for Margaretha sex became a painful and abominable thing but she realized later in life that she could return it in favour of the luxuries that she received from the rich and powerful. 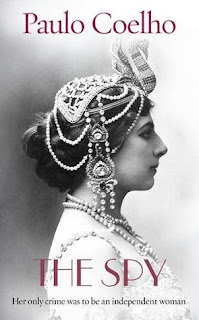 Margaretha marries an army man and goes to Java as her husband is deputed there. There the philandering army men make their wives mere witnesses to their womanizing, almost crushing their subjectivities as individuals. The wife of one major Andreas, having insulted by her husband as he flirts openly with a Javanese dancer, takes out her pistol and shoots herself. She dies in the hands of Margaretha and the look in the eyes of the dying lady, suddenly ‘enlightens’ her and she decides to leave Java and go back to Holland. Margeratha now knows what life means to her; she wants her freedom. She also knows she could use her body to gain access to anywhere she wants and she migrates to Paris by flirting with a French officer. She chooses a life of a dancer by pretending herself to be an exotic dancer from the east and adopts a name, Mata Hari.

Mata Hari, in her exotic dance, removes her clothes one by one and in the process she realises that she absolutely comfortable with her body. She is now the much written about cultural personality of Paris and everyone wants to be with her and of course to sleep with her. In one of the episodes we also see how a young artist of that time namely, Pablo Picasso trying to flirt with her and as she understands, to ‘bed’ her. But she likes an Italian artist present there, Modigliani and he treats her with due dignity. She goes through a series of bedrooms of the rich and powerful and suddenly is ceased by the fear of getting old. She gets an invitation to perform in Berlin and by the time she is on her first platform there, the war between Germany and France starts. Now Margaretha has to leave the country. In Hague, she decides to become a German spy and once back in Paris she agrees to be a double agent by becoming a French Spy. The intrigues finally lead her to the prison and all those high ranking men who have slept with her disown her. Finally, she is executed by the firing squad not because there were evidences against her but her acquittal would have left many men with grease on their faces. 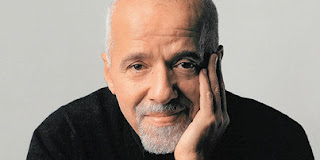 The novel tells us something emphatically: Freedom and love are to be hailed. It also tells us that Mata Hari was not a spy but used her ability to glide through the affluent circles to share gossips because for her political intrigue was a strange thing. She wanted to live her life without heeding to the morality imposed by the male world, which hypocritically tried to sneak into her bed whenever it got a chance. While millions of European women silently suffered the disgrace imposed on them, Mata Hari decided to live her life. She always kept the seeds of Tulip that her dying mother had given to her. Tulip seeds would become tulip flowers wherever they are, they cannot be anything else. Mata Hari was to be a daring woman and she could not have been anything else.

Technically speaking, the Spy is an epistolary novel; it is comprised of two long letters written by Mata Hari from the Saint-Lazare prison, addressing her defend advocate Maitre Cluent and the letter written by Cluent explaining his angst in not being able to save her from the firing squad, without knowing that Mata Hari was writing a letter to him, which is to be handed over to her estranged daughter. The narrative technique is familiar as in the other novels of Coelho. A sinning or sinned woman as the central character and the author pitches in to say (through his narrative) that she is not a sinner but our perspective is what making her a sinner. Mata Hari stands closer to Maria of his early novel ‘Eleven Minutes’. Maria too is a woman who pawns her body to earn a good life and goes through tremendous physical and mental tortures to realize her own self/worth. 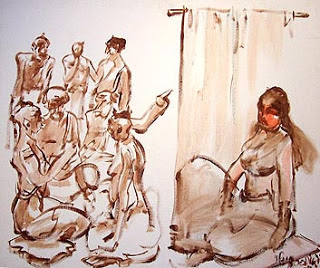 While reading this novel, somehow I was constantly reminded of Kuriedathu Tathri, a Malayali Brahmin woman, almost a contemporary to Mata Hari but less known outside Kerala. Kuriedathu Tathri was violated by a middle aged Brahmin, when she was hardly ten years old. Then she was forced to marry the rapist’s younger brother. Then the brothers together ‘presented’ her to many men. In the meanwhile, Tathri too used her body to assert her right. She became a problem for the Brahmin community and was made to go through a trial which was called ‘Smartha Vicharam’. In the trial conducted in 1905, Tathri revealed the all the sixty six men who had sex with her for almost fourteen years. Instead of punishing those men, the society was successful in excommunicating her. Mata Hari is a successor of Tathri.

Paulo Coelho has been a delightful read till her wrote his last novel, ‘Adultry’ which was published internationally in many languages simultaneously. It was a disaster. The right mix of spiritual pilgrimage to alleviate oneself from the apparent sins and ample amount of sex has been the attraction of Coelho’s works so far. His early novels, Alchemist, Zahir, the Warrior Light and so on stand apart because of their pure spiritual quest. The sex and sexuality that Coelho uses in his later novels have become very predictable these days. Had it not been Mata Hari’s life, this novel would not have been much of an interest for the reader. Though full of quotable quotes on life, freedom and love, and above all on domestic and platonic relationships, the novel seems to be a rushed one without really imparting any literary pleasure pertaining to structure or narrative. The subdued, calm and whispering tone of Coelho could be heard throughout the novel, which is detrimental to a literary narrative. I believe, Coelho should attempt non-fiction now. For an Indian reader with some spiritual introduction to the Hindu/Indian philosophical diversities, Coelho’s takes on humanity, love and freedom look very text bookish, even if it is quite exciting for the Euro-American readers who are too materialistic to be spiritual or need additional environments to feel spirituality. I think the popularity of Coelho in India shows nothing but our growing interest in materialism and the growing gap from the spiritual foundations of (Indian) life.
Posted by JohnyML at 8:55 AM