Demonetisation and the Survival of the Young Artists in India 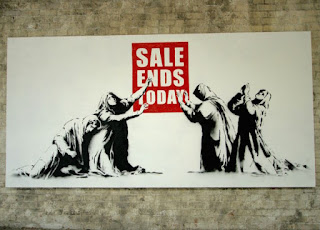 
An artist friend from Baroda asks if the galleries would not help artists any more what could be the right course of action from now onwards especially in the present context where the demonetisation declared by the Government of India has almost rendered most of the private galleries that have been into cash transactions helpless. They all are busy these days to keep their houses in order and maintain their accounts books ready for any kind of inspection by the authorities, unannounced as expected now! The question that comes up here is this: were these galleries really helping the young artists at all? Most of the galleries would say, ‘yes’, but with a rider saying that they promote/support artists of their choice, a fact which none can dispute. Considering the negligible number of galleries compared to the number of artists in our country, no person with common sense could expect that these galleries could support all of them. That means, here is a foregone conclusion, artists are supposed to support themselves by doing whatever that could bring them money or conditions in which they could live a dignified life.

Poets, writers, dancers, filmmakers, photographers and many other people who specialize in their respective fields of fine arts do not practice their forms of art targeting a preconceived or prescribed patronage such as publishing houses, financiers, funders, platforms and so on. They all do practice their art forms because they are genuinely inclined to that art form. None of them stop practicing their art forms because there are no adequate avenues to express themselves. As human beings living in this society, within a system of economics, they too worry about the funding and other material conditions. However, I do not think that a poet or a writer is too worried about demonetisation and gets too anxious about his creative output. A dancer would not stop practicing because of demonetisation. May be those fine artists including film makers would worry about it because their productions need a lot of money and till yesterday all those productions were riding on black money. But what about those film makers who were making films using white money and keeping their accounts clean? That means the worry is only for those people who have been using black money or thriving in profit making. 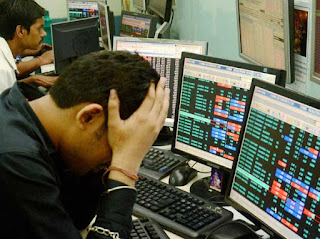 ‘Profit making’ is the catch phrase here. Any artist who is not looking for a profit does not have any reason to worry; with or without the market their creations could live on. When exactly did this idea of profit making come into the art scene? Let us forget those art forms that could be produced in multiples like cinema and are treated as business platforms. We have to ask here whether fine arts, importantly painting, sculpture, graphic arts and so on, are business avenues or not. If anyone considers it as a business platform then he has to worry about demonetisation or the possible absence of black money in it. Profit is possible only when the works of art are mass produced or produced in limited numbers but charged exorbitantly. Profit is also possible when competition is cut. It is only possible when someone’s labour is underpriced and someone’s management of the exploitation of that labour is overpriced. That means profit is possible only when there is an imbalance in the society which could amount to injustice in many cases. Art is not different from it if it is considered to be a business avenue. Our anxiety on demonetisation and the galleries withdrawing support to the artists come from the fact that we too want profit. The moment we want profit we become a part of the corruption. We may not want the corruption to happen but we are forced to be a part of it.

Is there any relationship between profit and profession? We always talk about professionalism or art as a profession. Going by our social experiences we have taken this for granted that if someone has done a professional course and is a practitioner of it, then he/she should be getting a better pay than the others. That means ‘profession’ gives you an edge over ‘jobs’; that also means that jobs could be done with minimum skills and profession could be done only with training and practice. But profit making and profession do not have any relationship between each other. If we see there is a relationship then that is because of our corrupt thinking. The word profession comes from the religious faiths where one has to go through a thorough training in religious practices and he has to publicly declare or take an oath of allegiance to the faith and assert that he would never corrupt or leave the dictums of the religion. As times passed, the word profession was adopted to other disciplines like medicine, science and so on. A true professional is a person who goes through a prolonged period of training and then a prolonged period of practice without wavering from the fundamental principles of his education. If so, do we have real professionals today? No is the answer because most of the people think that professionalism or adherence to a profession would give them profit. 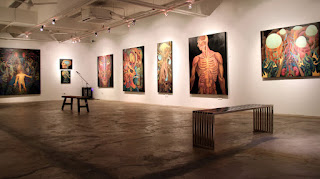 Artists could make profit only when there are patrons. Whether he/she is a professional in art practice or not is immaterial here. Patrons are the people who support the artists in small and big numbers depending on their aesthetic inclinations and spending power. When the artists have patrons they could continue with their works. Even in the case of folk and tribal artists their art flourishes because they either get patronage from the village markets or the bigger markets elsewhere mediated by the middlemen or they get patronage from within the community. They are happy because they are not looking for a profit. That’s why we do not see folk and tribal artists as superstars like contemporary artists because the superstardom of the contemporary artists is not determined by their aesthetics but by the financial assets that they amass via selling their art. When patrons are absent at times the state pitches in to support the artists. But again in a large democracy like India it is impossible to expect equal patronage for all the artists from the government. Any attempt to equalize patronage by the state would end up in further corruptions.

Once again we have to ask some fundamental questions. If there are no patrons at all, will there be an erasure of artists from the face of the earth? Or if there are no patrons will the artists stop working at all? It is here we have to think about artist as a creative person. One could be a professional going by the meaning of the word; one has to have a prolonged training and then prolonged practice. But are they meant to bring profit for them? Definitely it cannot be expected. But can’t the practice bring them their livelihood? Rightfully it should be like that, but unfortunately one cannot always expect art to bring livelihood to the artists. If we look at the history of modern Indian art we could see all the doyens had worked in different situations yet remained themselves to be professional artists. For example, Raja Ravi Varma personally sought patronage from the royal families. Amrita Sherghil was rich from her family but still she sought patronage from the rich class. The Bengal school artists became teachers of their own rights and earned differently and practiced their art. Interestingly these artists including Nandlal Bose, BB Mukherjee, Ramkinkar Baij and so on were not really selling their works. They used to even give away the works to interested people because they earned their livelihood from their university or school jobs or even in the emerging advertising fields. The Progressives also earned their livelihood and some extra money from the benevolent patrons who collected works because they liked the works. They were not buying works for profit making in a future market. 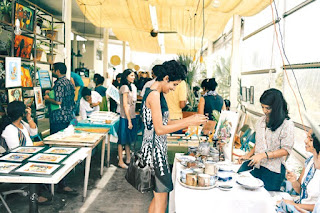 This clearly shows that artists can seek patrons but not businessmen to deal with their works in the present scenario. And also all the artists cannot expect benevolent patrons for themselves. Collecting art for the sake of enjoyment is not based on any future profit so the services of art consultants and galleries would become obsolete because their choice would be that of the collectors. When I say this, I am not envisioning the possibility of the absolute removal of the galleries from the scene. Galleries would function the way they want in the post demonetisation era but they are not going to support all and sundry. When there wouldn’t be profit in unimaginable amounts there will be less number of people coming into the scene to do art business. Those who want to spend money on art would eventually go out and see the art for themselves. This is the crux of correction in the art market which is going to happen.

What are those artists who do not get either patrons or galleries to support them going to do in the coming days? The answer is already there. In the post boom years, the young artists have been diverting themselves into teaching and advertising and so on and making their livelihood. This is going to continue and it has to be a norm than an exception. Artists should practice art and they have to find out their livelihood from elsewhere if not they are not finding it from art itself. But what if you want to remain an artist only; here we take a word dusted out from the storage- the word struggle. Living a fulltime artist’s life is full of trials and tribulations and there are a lot of struggles, mental and materialistic. Only those people who are ready to go through it would do that until a benevolent patron comes into their lives. And history belongs to those artists who dare to be artists. But unlike in the written histories that have celebrated struggling as something very special, this struggle of the present days is not going to be so romantic as seen in the annals of history. Your struggle is not going to be celebrated by the society because the society is least bothered about you or your art. But it is your ability to make the society to turn its neck and look at you that makes you successful, not with your struggle but with your art. Nobody is going to be tolerating a struggling and troubling artist. Hence, keep your struggles within your studio, live with your head up and back erect with a lot of tenderness and love for the world in your heart and do your art. You are going to be noticed. If nobody does, time would. Do not lose faith in yourself and in your creativity.
Posted by JohnyML at 4:08 PM