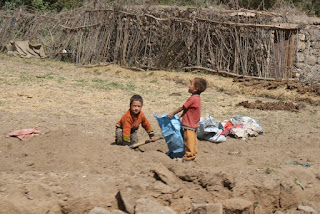 Zakir Mian was not supposed to be there in the middle of things. They were ‘parakeets’ asking for blood. They chopped people down and their target was clear. Anjum, the protagonist in Arundhati Roy’s latest novel, ‘Ministry of Utmost Happiness’ too was there with him on that fateful day in 2002 in Ahmedabad. The dying Mian had a strange expression in his eyes, Anjum noticed. Zakir Mian did not know why he was killed.

When you look at the eyes of the children in the crisis zones all over the world, in the borders where refugees beg and plead with the border keeping forces to let them in for God’s sake, in the areas of genocide and pogrom, in the detention camps, refugee camps, in the no man’s lands, in the boats hopelessly abandoned in the seas, in the war ravaged neighborhoods which were peaceful heavens of familial bliss a few months back and in the states that are made into silent but horrible prisons by the state authorities you see the horror and awe of not knowing why they are pushed into such a horrendous situation. 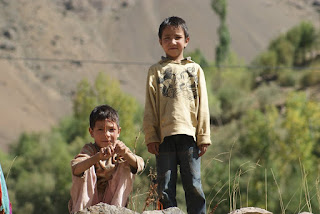 If there is a heaven, children are from there. In a crisis zone children are the worst affected because they don’t know from where the sufferings originate and why they are forced to undergo that. The grown up people know why such a crisis has occurred. It is said that even in the worst calamity children overcome the horrors of it either by sleeping in the safe cradles of their parents’ hands or by adapt themselves to the situation faster that anybody could imagine. They are the biggest survivors in the world; but the trauma does not leave them. If someone recounts, in their days of affluence in future also the woes and pains that they had undergone, it is because of the trauma that never says die.

When I look at the photographs from Kashmir posted by Dr.Ajitkumar, an artist, thinker and a sensitive but argumentative human being, I particularly see the pictures where children are featured. When Ajitkumar visited Kashmir a couple of years back he was not thinking about the future uses of the pictures. He was clicking at the scenes and people out of curiosity. However the photographic ensemble that he has posted with a hashtag to go along particularly shows that it was not the scenic beauty of the legendary land of Kashmir that had attracted him during his visit but the people and their indomitable spirit of survival. 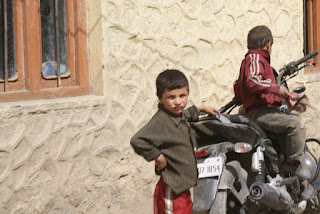 Even before the abrogation of Article 370 of the Indian Constitution by the Government of India, the peace loving people of Kashmir were already caught between two forces; the military of the Government of India and the terrorists ‘locally trained’ (in Arundhati Roy’s words). Today, after forty days of its isolation from the mainland, ironically to integrate it with the mainland, the reality has not changed much. An apple trader was shot at not by the Indian military but by the terrorists for opening his shop. The terrorists felt that the opening of the shop was a repudiation of their diktat to keep the valley absolutely non-cooperative with the Government of India, which has vowed itself by hook or crook would bend the will of the Kashmiris and make them toe the line eventually.

In the house of the apple trader, the terrorists shot a five year old girl, Asma Jan, the granddaughter of the merchant. This has in fact turned the public sentiments against the local terrorists. Though the sentiments are still for the special status of Kashmir, the people in Kashmir seem to have lost their cool; but they are hand and tongue tied. They are not yet given opportunity to express themselves for or against India. Caught between the devil and the sea (read India and Pakistan or vice versa), the people are rendered limbless and spiritless in these days. Now both the Governments fear that be there an election or referendum, the people might throw surprise for both the governments which they don’t want to afford now for the fear of dubbing the abrogation and the counter arguments a misadventure or policy decision that has gone terribly wrong. 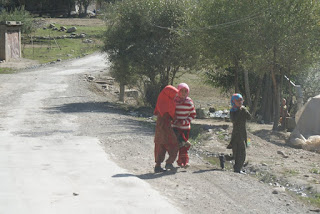 Ajitkumar’s photographs show the dilemma in the faces of the people; they did not know in two years their land will be a ‘part’ of India. It is business as usual in the photographs. But the tension on their faces is palpable. I pick and choose the pictures of the children in Kashmir. They are obviously not from Srinagar or Baramulla or any other city or town. They were the children who caught the attention and curiosity of the artist as he was travelling through the dirt paths of the interior Kashmir villages. They children look rustic but full of fun and frolic. They are not new to tourists and travelers so they are not amused to see a stranger training his camera at them. But they are jovial enough not to be conscious.

The same children, when they turn thirteen or fourteen, they become suspects in the eyes of the Indian military. In the previous days the police kept a watch on them but they were not picked up for interrogation and torture. But today, for the last forty days the reports come out of Kashmir say that children are not spared by the army men. Many children under ten even are picked up and taken to detention centers. One of the reports allegedly quoted an official source saying that any child who is capable of throwing a stone could turn into a militant hence he or she should be tamed at that tender age itself. 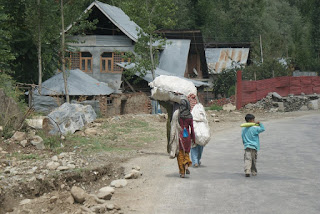 The international communities have already turned their heat on the Government of India regarding the issue of children in Kashmir in confinement. Children have been brought up amidst the stories and legends of local heroes who had bravely fought off the advances of the Indian military. Each time a young man is felled by the Indian bullets he is taken for a Shaheed, a martyr. Arundhati Roy in her article categorically states that thousands of young people defy curfew and come out in hoards to pay tribute to the dead young freedom fighter. Their freedom fighter is our terrorist or vice versa, so goes the adage. Each boy child who has seen his mother or sister being molested or father or brother picked up for interrogation and torture could turn into a militant. But the Government does not heed to the fact that despite such horrors young children, young men and women want to live their lives trouble free just like any other young person in today’s world would wish to.

Dignity is something that is taken away from the childhood of Kashmir’s children. They are put through never ending crisis and their education and childhood itself is in limbo. They do not know where to go and what to do. Confined within the homes, seeing only the troubled faces of the elders and the patients suffering pain without getting enough medication and care, these children could really lose their childhood and become anything; a militant, a recluse, mentally troubled or a rogue. Dr. Santhosh Kumar SS, the Deputy Superintendent of Medical College, Trivandrum also an active member of the Medicine Sans Frontiers, who has travelled and worked extensively in the African countries has written how the trigger happy children in Congo and other east African countries indiscriminately fire at people if they think that they are not ‘respected’. 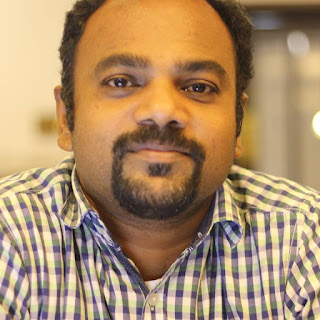 Dignity is something comes even to the children naturally. That is genetic. When dignity is denied they either kill or commit suicide. Kashmiri childhood is collectively stripped off of its dignity. Each picture taken by Ajitkumar reminds me of the lost dignity of the children or the possibility of them losing it in the near future. When I see the pictures of those girl children smiling profusely at the camera I remember Asifa Bano, the eight year old girl who was raped by Hindu brutes in a temple in Kathwa, Jammu and Kashmir and killed her inch by inch in January 2018. They were trying to teach a wandering Muslim community a lesson. Let these children live their life and bloom into wonderful human beings. Kashmir or no Kashmir, if the Indian Government is not listening, it is time that the international communities and courts take Suo moto action on this issue.