The Funnier Side of Trivandrum: Khyrunnisa’s Narratives 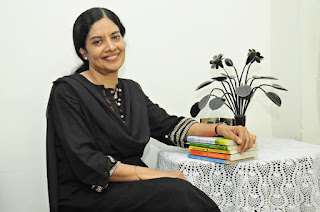 I did not know the word ‘cynophobia’ till yesterday though I had developed it slightly thanks to the strong belief in my ability to communicate with dogs, especially the strays, got thwarted by an unexpected reaction from a dog, a couple of weeks back. The word just got materialized before me when I was reading a book titled ‘Tongue in Cheek- the Funny Side of Life’ by the Trivandrum based columnist and humourist author, Khyrunnisa A. In one of the chapters where she speaks about her disliking for dogs, Khyrunnisa tells the readers that if they have some aversion for the dogs and the over enthusiasm that they display when you are at a friend’s place who is too fond of her pets, it is advisable to tell her frankly that you have ‘cynophobia’ though the word might fail to bring about any change of attitude in her for the sheer opaqueness of the word.

Opaqueness of a word could generate laughter when it is uttered with serious intent but ekes out a contrary response or causes an opposite reaction, so is the case of such words that are too transparent but used in out of context to express dense matters. Humourists use this technique lavishly in their writings and speeches. I always have a feeling that the humourist writers have this special knack of performing their words and statements as they put mostly themselves or their surrogate selves into the narrator’s skin. And they thrive in flamboyance of expressions, exaggeration of facts and also unimaginable yet highly convincing understatements. Khyrunnisa is a master of all these faculties. ‘Tongue in Cheek’ (an absolutely predictable name for a newspaper column, but a bit stereotypical for a humourous book) is a compilation her weekly column in the Hindu Metro Plus, a column with only one brief to the writer from the editors that it should be witty and definitely, within the space limit (though the author does not say that in her preface); that explains the almost identical length of all the essays in the book. 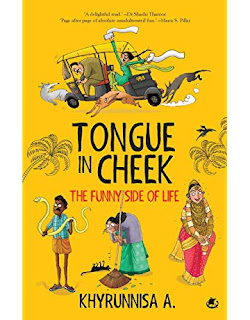 (Tongue in Cheek by Khyrunnisa A)

‘Brevity is the soul of wit’; though Shakespeare means wit differently, as intelligence, the word has travelled centuries to gain this special meaning that is humour. However, it has been a reverse journey for another Shakespearean word, ‘fool’ which once meant a wise one but after centuries of use got demoted to mean a ‘foolish one’. All that is brief cannot be witty and humorous; had it been so, the biggest comic interface would have been ‘twitter’ as it demands sheer brevity as a mode of expressing even the voluminous of ideas. For a humourist, brevity has a different meaning altogether; it is not just about condensation of ideas or sharp editing of the text or the most concentrated forms of expressions but the very talent of saying something in the most indirect or exaggerated fashion in order to reveal the funnier and sunnier side of it. Humourists have picked up their tricks from the cartoonists, it seems for most of the humourist-columnists the way of viewing the world comes from the cartoonists. Visual humourists maintained brevity both in lines and words and the verbal humourists must have borrowed the eyes and tongues from them, I should say, subconsciously.

When the British magazine, Punch (estd.1841) had been an influential pioneer in the world of humour and cartooning, Charles Dickens developed his dark as well as light humour almost during the same time period (Pickwick Papers) paving the way for the future humourists including George Bernard Shaw and PG Wodehouse. In India most of the newspapers today boast humourist columns written by many established writers including Bacchi Karkaria, Mathrubhootham, Renuka Narayanan and Khyrunnisa herself. Most of them have a huge liking for the kind of visual and verbal narratives that Mario Miranda had created around the Goan people and locations. Khyrunnisa comes from this tradition as she locates her narratives in the city of Thiruvananthapuram (incidentally, the starting point of one of the very famous animation movies titled Sita Sings Blues, written and directed by Nina Paley) and in the lives of the middle and upper middle class there. 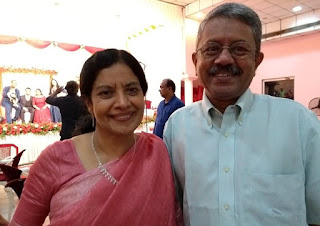 For the Malayalis humour created out of the life of city people is not a new thing; it has been in their veins since the origin of ‘cities’, the seats of power, lobbying, bootlicking, betrayals and survival. Pompous, snobbish and selfish, the urban middle class anywhere in the world (or at least certain sections of it) provides fodder for the humourists. A few rungs below the upper class and a few rungs above the lower class, the Trishanku status of these people makes them behave in extremely funny ways that are captured by the story writers, film directors, mimicry artists and so on. Khyrunnisa is like a flaneuse, who has earned her right to stroll in the streets (which have been a male domain for long) and finds how the city and its people behave. Khyrunnisa anchors the narrator within the family domain (reaffirming her faith in the very middle class socio-cultural values that she often pokes fun of), along with her husband who often goes without a name, her son and his friend, Ajay (who has been liberally identified as a ‘person’), and takes the freedom to move out of it with her ‘gaze’ fixed on the society in order to create humour which is fundamentally different from the male humourists (such as Yesudasan, Toms, VKN, Sukumar, Chemmana Chacko, Veloor Krishnan Kutty and a whole lot of Malayali cartoonists). Khyrunnisa is more like Radhika Vaz, the standup comedian, but with less scathing remarks.

Humourists are not considered to be top grade literary figures. Especially when it comes to the humourists and columnists they are deemed as people who write to ‘fill’ the designated spaces; as Khyrunnisa says in her preface, the only instruction is that it should ‘witty/humorous’. However, humour could transcend our own gazes about our own people; perhaps humour functions as a ‘mirror held against the society’. That’s why Khyrunnisa writes about the Malayali marriages and its aftermath (not they lived happily ever after types but the rush for the feast that follows the tying knot), the jewelry that the brides wear and of course the groom’s costumes that he tries to fit into for the day, changing a deflated tyre and all other DIY stuff in the domestic front, for example finding a lost rubber band in the curry, a snake in the pond; use of smartphones, booking the seats using a stinking handkerchief and so on. Khyrunnisa’s literary flourish comes to the fore when she speaks about a handkerchief used for booking a seat. She writes: ‘My friend wondered if the towel was an example of synecdoche, a figure of speech in which a part if made to represent a whole or metonymy, where a word or a phrase is used to stand in for another word’. Khyrunnisa makes wonderful observations when she writes about the ‘autocorrect’ faculties of smartphones, buying tissue paper from the traffic signals (or not buying it) and so on. The classic is when she speaks about the name of her husband, Vijayakumar (any Tom, Dick and Vijay, according to Khyrunnisa). For certain reason she calls out his name in the street and ‘half of the people on the road turned in answer to the shortened version, he included.’ 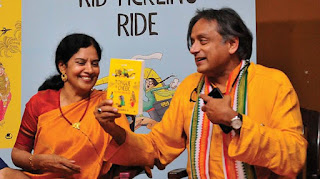 On the way to the museum garden for my morning walk every day I see stray dogs in various sizes, shapes and colors and I make it a point to talk to them if they look at me. Often they wag their tails in appreciation and follow me for a short distance before they get distracted by other dogs or birds or by simply losing interest in me. I have never found a stray dog menacing because of these friendly conversations. Couple of weeks ago, I tried to talk to a dog and it started grunting and growling. Since then I have been avoiding that road and once even I crossed the road to come by another zebra crossing to get into the garden for the fear of that dog. I did not know that it was cynophobia. I was very sympathetic to the character, Mevlut, the Boza seller in the streets of Istanbul who was once assaulted by a pack of stray dogs, in the novel, ‘Strangeness in my Mind’ by Orhan Pamuk. Now I know what had prompted Mevlut to avoid that particular street. With Khyrunnisa’s book in hand I have a word for it; cynophobia. I read ‘Tongue in Cheek’ while sitting in a hospital lobby waiting for the doctor to attend my mother. I thought I could visit hospitals again and again provided if I have books like ‘Tongue in Cheek’ in my hand.