Jinson Joseph: An Artist You Must Know 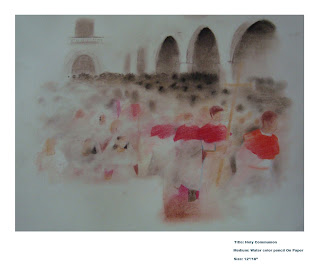 There are some works of art that make you to think about the artist and his/her life apart from the subject matter treated in the work. Any work of art, if it does not facilitate a mental journey between itself, the artist and the personal aesthetic choices of the viewer, must be a failed work of art. Perhaps, impersonal works might attract the public attention within a given temporal frame. But time is the final judge and it cannot dissociate a work of art from the artist and its/his context of origin. 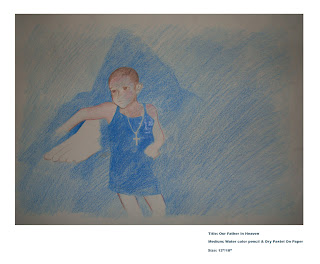 The more you look at the works of Jinson Joseph, the more you feel a strange pull towards it. On the one hand you may spurn its directness and simplicity and on the other you feel sucked into the very same simplicity. Their overt naivety and the covert sensitivity enthrall you to the point of confusion. Their religious leanings and familiarity create a yearning in you to know more about the spiritual affinities of the artist. Their reference to art history and history make your ears and eyes open wide to suck in what the artist would like to say. 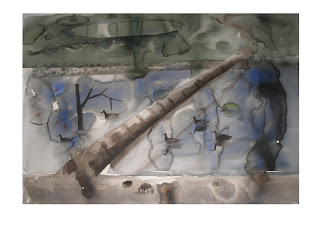 Such artists are becoming a rarity these days. In the name of cutting edge art we get to see school level science exhibitions. Lack of sensitivity and craft, and over knowledge of image and self-representation goad young artists to easy routes where technology helps them to achieve instant success but long term fatigue, which they don’t recognize now. People resign from their regular jobs to become artists only because they know that there is money in art and they know how to convert technology into money and if possible fame too. 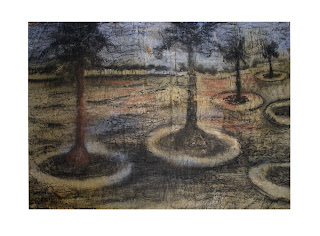 Jinson Joseph may look too old fashioned if you are a hardcore believer in cutting edge and new media art. But if you are a staunch believer in art’s ability to renew itself through artists who think differently, then you must pay attention to the works of Jinson Joseph, who I met first in virtual space and again in virtual space. Had it not been his blog, ‘Stranger’s Doodles’ and the works that he had kindly sent to me by email I wouldn’t have come across this artist. 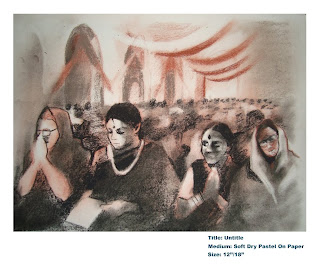 Reading Stranger’s Doodles made me to think about another artist, Gigi Scaria who used to write a lot of anecdotes and stories in his innumerable notebooks and diaries. Both Jinson Joseph and Gigi Scaria speak on their villages, their childhood spent in religious surroundings, the ‘characters’ in their villages who shaped their future outlook of life, the innumerable stories, the mysteries behind each church and shrine and the wonderment about anything that moved them internally. Gigi did not publish them because there were no blogs then. 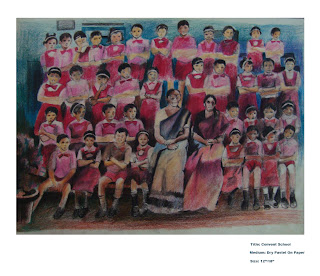 Born in Eranakulam Jinson Joseph was initiated into art by his grandfather. Later, his teacher’s brother directed him to join RLV Fine Arts College, Thrippunithura, where noted artist, Alex Mathew came to teach a few semesters. Jinson says attending his classes was an eye opening experience. Jinson got the chance to travel with his friends to all the major art schools in India and he fell in love with Santiniketan. But all love affairs need not be mutual. He fell in love with the Santiniketan landscapes, Kopai river and above all the works of Rabindranath Tagore. Finally he did his post graduation in painting from SN University, Hyderabad. 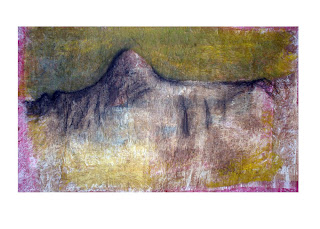 At times, a closer look reveals that Jinson is really in love with Tagore. ‘Stranger’s Doodles’, his blog’s name comes from Tagore, no doubt. His love for the works of Berth Morissot, Edward Hopper, Hokusai, Bhupen Khakkar and David Hockney, gets reflected in his earlier works. However, watercolor is his first love. He has experimented with most of the mediums. But the diaphanous quality of watercolor and the wash techniques possible are immense, he says. When you see his works, you may think you are seeing the works of Santiniketan masters. 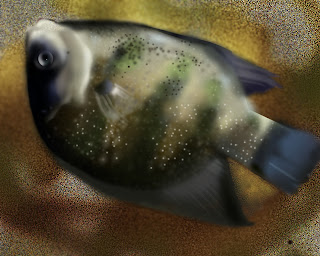 Jinson’s works move between literary and visual imagination; religious and ritualistic memories play a great role in his repertoire of works. To achieve his aesthetic ends, he gets into local myths, life of ordinary people around him and the family albums. The litany of the familiar achieves transcendental values in Jinson’s articulations. But he is not just registering his memories and experiences. He problematizes them through ideological re-search. He enquired why his grandmother’s portraits were missing from his grandfather’s diary entries and paintings and also why his colleague, being a woman received lesser than salary than what he got. 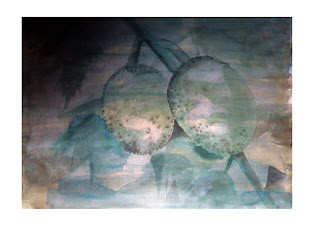 Conceptualizing a work from the immediate and taking it out through the conventional and imparting it with cutting edge meanings are strenuous tasks for any creative artist. But Jinson balances his journeys through all these realms of creativity. The thoughts on social inequality lead him to collaborate with his fellow teacher who does craft works. He calls it Jack Fruit project. From, the familiar to sexual and from there to the political the imagery of jack fruit moves and it moves through Jinson’s mind and hands. 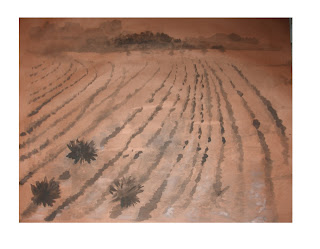 Jinson’s blog, ‘Stranger’s Doodle’ is a visual and verbal anthology of all what makes him think as an artist. He recounts stories, narrates his anxieties and fears. And each retelling takes interesting turns and twists, as in the literature of Kamala Das or Sara Joseph or Sakharia. If the blog is a personal laboratory for him, his new found love is digital imaging. He has learnt a few techniques of it and he would like to do more about and with it, but of course, without losing his first love, painting.
Posted by JohnyML at 11:22 AM No comments: 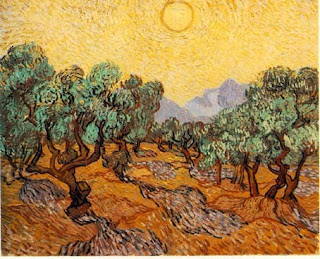 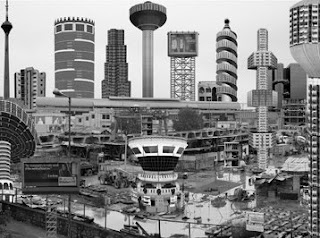 In each coffin
There grows a Metropolis
Of white-ants and time.
Can you colonize this one
With or without your weapons?


(Illustration- Amusement Park, video still by Gigi Scaria)
Posted by JohnyML at 8:13 AM No comments: 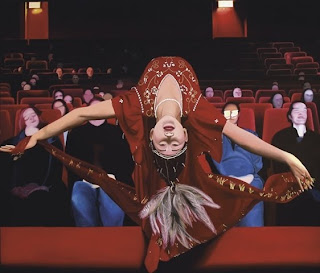 It was evening
When he knocked
At my door first.
With that one knock
You realize,
All pride ends up in
Limited edition memories.
It feels like standing
In utter darkness
Before an audience
Which was admiring you
A moment ago, now lost to silence.

(Illustration- Take Me Where I Belong, oil on canvas by Shibu Natesan)
Posted by JohnyML at 9:21 AM No comments: