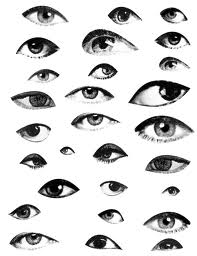 I saw eyes looking at me from each leaf of a tree that stood across the window of my studio. They were looking at me intently as if each eye was trying to tell me something. Astonished I got up and walked up to the window and opened it. A gentle breeze came and shook the eyes but regained their position in a moment. First, all of them looked at the left and I turned my eyes to that direction. I saw a white cat arguing with a white bearded man with a lot of balloons tied around his fingers. Then they turned their eyes from left to right and my eyes followed them. There I saw a peacock with all its feathers spread about to break into a dance. Then the eyes looked up to show me black clouds in the sky. Their downward look revealed a parched earth, which was absolutely unfamiliar to me. One by one the eyes closed. They became leaves once again. I woke up when the first drop of rain fell on my face. 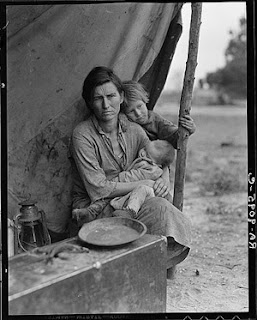 I was in a metro coach. A young mother with three children entered. Seeing her and the mischief of the kids someone gave her seat. She sat. I saw her diminutive figure draped in a glittering cheap sari. The red lipstick on her lips was cheap. Everything about her was cheap except for her motherhood. She held it very proudly. Kids were making a lot of noise and moving around a steel pole. When their noise became unbearable she gave a tight slap to one of the kids. They froze in time. I averted my eyes only to see a long empty train lit in white light. Shivering I turned to see the mother and children. They were not there. 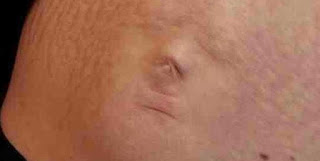 She had two faces; one over her neck and one over her belly. The faces looked identical. She was dressed up in an immaculate white sari. She spoke to me in a language which was absolutely unfamiliar to me yet I understood everything she spoke. She told me that one of my friends was on his death bed and he wanted to see me before he died. I walked behind her. I entered a hospital room where the man was breathing his last. To my shock I found he was an absolute stranger. I looked at her for misguiding me to this wretched place of disease and death. Then the belly face told me, ‘Look at him again. Can’t you see, it is you.’ And I did see myself there on the bed. I turned around to see the woman. She was gone and I was lying in the bed unable to get up. 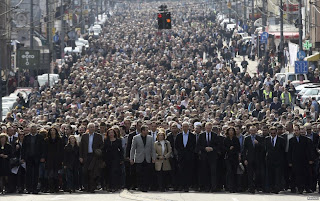 A silent procession was coming to me. I was alone in the street. From a distance I could not see who were all in the crowd. Slowly I could see them one by one passing in front of me. They were all great people. Gandhiji, Tagore, Charlie Chaplin, Che Guvera, Satyajit Ray, Akira Kurosowa, Pablo Picasso, Vincent Van Gogh, Raja Ravi Varma, Marx, Engles, Bruce Lee, Malcolm X, Buddha, Jesus Christ, Lord Shiva and many more great personalities. Then I saw people; just people. And by the end of the procession I saw a man walking and weeping. He was my father. I went to him, held his hands and joined the procession, silently. 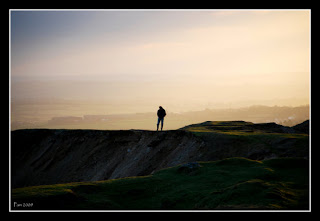 A deserted hill in the middle of nowhere. I saw the silhouette of a man standing alone. I climbed the hill to see who he was. He was standing against the setting sun at the horizon. I walked around to see his face. He was me.
Posted by JohnyML at 7:16 PM No comments:

Looking at an Old Group Photo 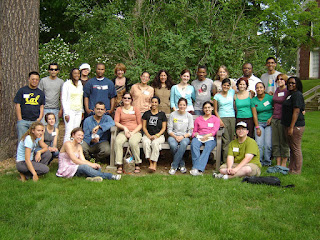 (Photograph for illustration purpose only)

A group photo is like a zoo
Of different species of animals
Yet to show the full potential of their genes;
Now they are feathered, puffed up and plump
Unseasoned by innocence

Innocence?, each one in the picture
Sends out a mocking smile
Animating themselves in a surreal turn
Can’t you see the exuding hopes
And the deepening pain in our eyes?

An old group photograph is a chamber of
Uncertain possibilities; disparate desires,
A jumble of nicknames, poems and glances
Hark well, you could hear sighs and
The kisses that never left the lips

Time does not photoshop the features
Fame does not airbrush the roughness
Success does not add a pride on those cheeks
Till these animals come back one day
To defrost their wild memories, now matured and cold

Before her and my eyes, they leave one by one
From the frame of our conversations of past
And we remain, two people suddenly distanced by
The emptiness left by the young animals;
A huge wasteland of absent and forgotten people.

Posted by JohnyML at 8:39 AM No comments:

While Looking at a Picture

This photograph opens the flood gates of memories. The more I look at it the more it tells me how things have changed in life. How people and the surroundings have changed. I used to visit this library when I was thirteen years old. I had just given examinations for the eighth standard. In Kerala Summer vacation starts in March end and on 1st of June schools reopen. Invariably on that day it rains. Children get wet in the first rain. Next day newspapers publish pictures of reluctant children going to school for the first time prodded by their parents and seasoned happy boys and girls getting drenched in the rain.

Friends Association Library is situated in Kollampuzha, Attingal, the nearest town from my village, Vakkom. Between the Kollampuzha river and vast paddy fields, in a strip of land there stand the ruins of Attingal Palace, Srikrishna Temple and some other old edifices. In my childhood, a portion of the palace was converted into marriage hall. We, children used to go there for the marriages of relatives. When I see that palace once in a year when I visit my village, I remember marriage feasts and sleep afternoons. We wore fresh clothes for marriages. We returned to our respective homes with stained clothes and a lemon in hand. They gifted a lemon who attended the marriages. By the time we reached home the lemons were peeled half because they said the smell of lemon prevents vomiting. Most of the kids vomited after marriage feasts. The turmoil in bellies was caused by the smell of diesel. Most of the brides also vomited while going to their bridegrooms’ houses in white ambassador cars. They vomited for the same reason and the fear of an impending night of horror.

This building stands next to the then marriage hall and a temple. Shastra Sahitya Parishad (Science and Literature Commune) used to run vacation programs for orienting children into rational thinking. This was run by young men with Marxist leanings. I was sent to attend this orientation program that year. I was happy to go because I could travel by bus all alone. There they made us read, write and debate. Daily progress was supposed to be written down in a small note book and presented to the president of the Commune. They assessed the children’s progress in rational thinking and understanding literature. I remember bearded young men taking interest in grooming us. I pursued the program diligently. The classes were held in the library hall just above the grilled auditorium that you see in the photograph. After the classes, I played with other kids in the ground in front of the auditorium.

Looking back I find an interesting aspect of Kerala’s social fabric. The classes were conducted by young Marxists who generally did not believe in god or religion. The Friends’ Association Library was functioning within the premises of the famous Kollampuzha Temple. These same men participated in organizing temple festivals. There was no conflict. They did not teach us to hate religion or god. But they taught us to think rationally. Children from different religious background attended these classes. And they all played in the temple premises. Things have changed now. People look at each other and think about religion and caste. Facebook has prompted many youngsters proudly flaunt their caste groups as surnames. But the hope is not yet lost. I still hear news of children from Muslim families presenting Hindu devotional songs in temple festivals and Hindus participating in Muslim and Christian functions. A ray of hope is still there. But disturbing elements of caste and religion have already started tearing off the erstwhile egalitarian social fabric of Kerala. Technology and material progress have helped us to divide further into small islands of selfishness.

Posted by JohnyML at 5:35 PM No comments: