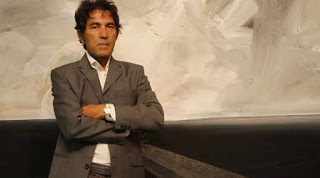 (Salvatore Garau)
“Salvatore Garau, a 67-year-old Italian artist, auctioned an “immaterial sculpture” — as the artwork does not exist — for $18,300 (Rs 13,33,459.70).” -Indian Express
I am not surprised. I am only curious why Italian artists like Salvatore Garau get such ideas. Garau is not the first person to do such non-existent work. In 1960, Piero Manzoni had created his own kind of immaterial sculpture or a sort of non-existing art that commands respect on the one hand and monetary benefit on the other. Manzoni was acting upon the fact of reducing anything into a fetish that could have been easily commoditized. What it needed was simply the signature of the artist. The signature validates art and validated art fetches money. When the validation is not found, the seller makes provenance to validate all his or her claims. That is the story of art market in nutshell. 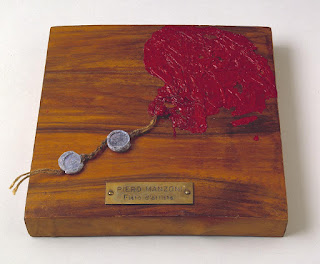 (Sculpture by Garau)
You could sell a non-existing work of art provided you, as an artist, have enough conviction on what you have done and the ability to convince others. Do not worry much about the buyers because any way they come to buy with this total submission of disbelief at the altar of market. But one should be wary of the critics and skeptical viewers. They may, more often than not, have the tendency of questioning it. They could beat you up if you are too pushy or less of conviction. They have beaten up Marina Abromovic and Ulay in one of their performances. 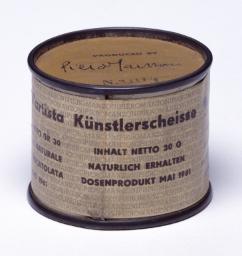 When I say Garau is not the only one, Italy has produced artists like Maurizio Cattelan who proudly claims that he has never even touched a note pad to make his work of art. Yes, I said note pad, either to scribble down his ideas or make a cursory drawing which could be handed over to the craftsman or to the engineer so that they could make it into its materialist form. Cattelan reiterates that he always got his works done only through oral communication; a sort of expressing his desires to the fabricator and waiting for the results. If the frequency levels are right anybody could get their works done from a good craftsperson. 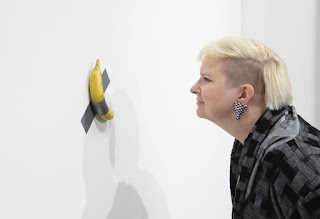 When it came to Manzoni, making immaterial art, he found his body secretions and breath more useful than any other material. The sheer feeling of abject and disgust that his works evoked, Manzoni thought, would keep his buyers away. Contrary to his belief they were bought and kept in the museums. He even signed the back of the women who would willingly become his ‘living/live sculptures’. In 1960 he breathed into balloons and singed the planks on which the balloons were placed. He called ‘Artist’s Breath’. He even made a work with his own turd and called it, ‘Artist’s Shit’. 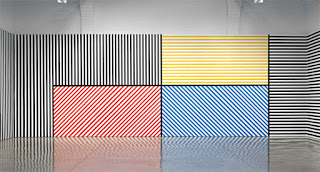 Italian artists were perhaps over reacting to the fact that everything about art was being commodified in the US market. The age old resentment of Italy being pushed out of the status of art center, first losing to Paris and then to New York must have made it react ferociously, or even playfully. Arte Povera was initiated by Michelangelo Pistoletto, who thought of making art using the basest of base materials, including trash. Catalan followed the suit and now we have another in the persona of Garau. Americans were also not behind. Sol Lewitt asked the museums to ‘make’ his works on the walls by sending instructions from the US. 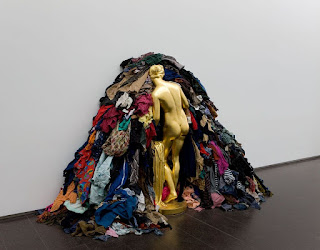 British artist Martin Creed, surprised the art world by bagging the 2001 Turner Prize for his work Light on and Off, exhibited previously at the Tate Modern in 2000 and the award went into controversy for the people had been scandalized to see one of the empty halls of the Tate Modern, devoid of even one single work of art but a light bulb going on and off in regular intervals. Even the tabloids picked up the issue, resulting into the making of artist so popular and dear to the British public. You need not always do a good painting to be a national award winning artist. He even shocked the people by putting a blob of blu tack on the wall, arguing that it was the adhesive that held the works on the walls so it should get a chance to be a work of art itself.

I am not surprised to see Garau auctioning off his non-existent work of art. But I am surprised to see people lapping up the news within total willing suspension of disbelief. This had happened also with the Sotheby’s Auction in 2018 when a Banksy work auto-shredded during the time of it being auctioned for $1.4 million. People around the act gasped or the acted so but the people all over the world were amused. They must have felt that once an while a work of art should also go into shredder, irrespective of it fetching money or not. Italians however seems to lead the pack when it comes to atrocious innovations in art making and auctioning them off. Or are they still behind the underground art of China where the artists allegedly chop of human bodies and fetus and even engage in necromancy?
-JohnyML
Posted by JohnyML at 2:49 PM No comments: