Santos does not See a World without Intellectuals

Boaventura de Sousa Santos, one of the prominent sociologists has written an article titled ‘Intellectuals Should Come to Terms with the Tragic Transparency of Virus’ and it seems that many ‘intellectuals’ themselves have taken it for a clear evidence to the pursuits, intellectual as well as theoretical cancelling out themselves. In fact Santos does not question the intellectuals instead, he problematises the stance that the intellectuals have taken in theorising the pandemic context and events all over the world of which calling the state for the protection of the populace even at the cost of democratic and socialist values that the intellectuals have been holding up dear and high in their theorisations. It does not mean that Santos nullifies the theorisations; rather he asks for a rethinking of it. He points out how Agamben and Zizek, in their formulations, are calling out for the ‘undemocratic state of exception’ and a different form of ‘Communism’, which does not have anything to do with the Stalinist Communism that has become an emblematic of all what has gone wrong with Communism.
Comparing the invisible forces of Market economy with the present Corona Virus, Santos makes a theorization of the same through drawing parallels in their working in our daily lives; both mundane and transcendental forms of it. He says that market is invisible so is virus. Market lives in the world here not in the world there. The only difference that once could see between the market and virus is that the former works for the rich and works against the poor; virus does not have such discriminations. Omnipresent they are though invisible, they fit into their own specific spaces, ‘gods in temples, virus in bodies and market in stock exchanges’ leaving the human being without these three a ‘transcendental homeless being’.
We have to understand that Santos is not talking about the human beings in particular; his formulation does not exclude the ordinary mortals and the ‘exceptional beings’ like intellectuals. It speaks of the human beings devoid of those three spaces. And another set of trinity plays an important role in the non-transcendental life of the human beings; they are namely Capitalism, Colonialism and Patriarchy. He brings about a visual allegory created by Leonardo Da Vinci in the painting of Three Unicorns who are virulent and violent but could be defeated through sly. Capitalism functions through the omnipresence of market, colonialism has reincarnated into neo-colonialism, imperialism and so on. And patriarchy, despite all those progressive movements such as feminism and women’s legal right movements, presents itself in ‘domestic violence, sexual aggression and femicide.’ 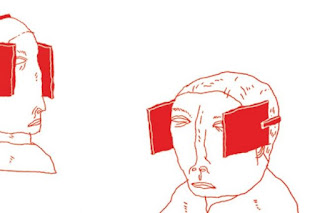 The misinterpretation of Santos (not by him) seems to have come from the concluding paragraph of the article where he speaks of the change of position that the present day intellectuals are bound to take eventually. He says that the intellectuals as vanguards is a thing of past means, the intellectuals no longer leads from the front because their leadership has become more or less redundant. “Intellectuals should see themselves as rearguard intellectuals, must heed the needs and aspirations of ordinary citizens and find out how to use that a foundation for their theories.” If not the people will be left with no devices for themselves other than listening to those who would understand their language and speak in their language. According to Santos, they would be the fundamentalists of any kind who ‘stand for the capitalist, colonist and patriarchal domination.’
To put it in simple terms, the intellectuals should change guard, which has been in the vogue for quite a long time. It is a call for ‘leading’ people from behind, which is an impossibility for one could only order or prompt or instigate people from behind. What Santos means is that the intellectuals should no longer cherish the dream of leading social movements for the leadership has already been taken by the people. They organize and agitate without heeding to a particular theory or leadership. Such formations have been a reality of the new millennium and it has been called ‘subaltern democracy’ by theoreticians like B.Rajeevan. However, it does not cancel out the intellectuals from the discourse altogether for the intellectuals eventually take over by ideating the dynamics of such subaltern formations and integrating them with the international discourse of similar movements.
Even in the times of Covid 19, the voices of the intellectuals have created such varied discourses in dealing with the post-corona context of the world rather than the rhetoric of the politicians and the sheer pragmatism of certain leaders and their governments. It is also important to say that not even once that the intellectuals thought of taking a vanguard position in the time of Corona though they have been by default catapulted to the frontline of discourse. It happens contrary to the expectations and the rearguard position is not a bad position so long as it helps one articulate the finds with certain amount of clarity. Hence, the claim of intellectuals being rendered as useless entities is just a false hope and does not help much in articulating the present world or the changed world in the post corona context.
Posted by JohnyML at 9:19 AM No comments: