Anpu Varkey Deals with Nostalgia in a Graphic Novel Form 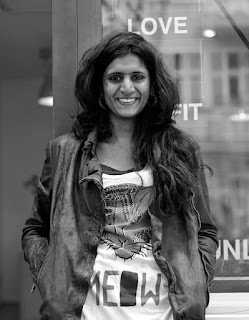 If nostalgia has a graphic novel form it is here in Anpu Varkey’s 2019 self-published book titled ‘Summer’s Children.’ Truffaut-esque in nature the protagonists in this graphic novel are a pair of siblings who spend a summer’s day in an extremely ‘meaningful’ fashion. Like a pair of curious puppies they move around their home looking for sensory experiences and ultimate fun. Anpu perhaps transposes her remembered childhood in a sylvan rural scape in Kerala on to these siblings and in a way becomes a witness of their relentless merry making. It could be even a story that she has imagined for her lost childhood. 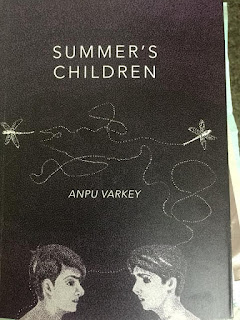 Anpu Varkey, an international known street artist who likes to work on the mammoth sized public murals all alone, turning herself into a live brush perching on the moving cranes and hanging from ropes and pulleys, in her graphic novels too prefers to see the world from those high and weird angles. Her style in the graphic novels is different from what she employs while working on the street art pieces. The public art works and their styles are often determined by the spaces available and the structures are inherently intricate on which the artists hardly have any hold. But Anpu Varkey and the artists of her ilk tame these impossible spaces with their sense of images, scale and style. 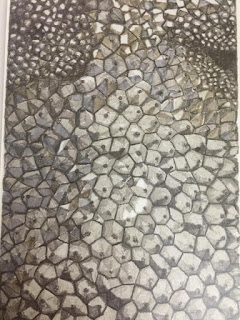 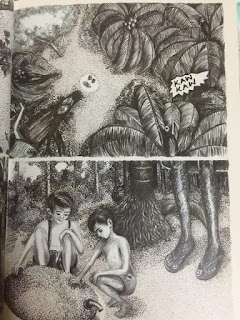 Graphic novels being intimate expressions of an artist who is adept in storytelling demand a different approach mainly because of the human scale as the given surface of expression. There is no need to scale up the images and the distortions demanded by the huge walls and the perspective distances are of a different nature when it comes to the graphic novel. Like a ballerina who is dexterous enough to express both tragedies in grand movements and comedies in lighter flights of the limbs Anpu Varkey too moves her brushes different here in the graphic novel. 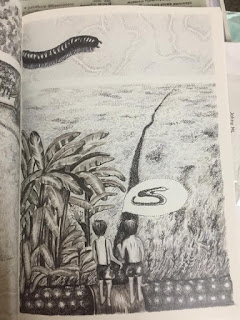 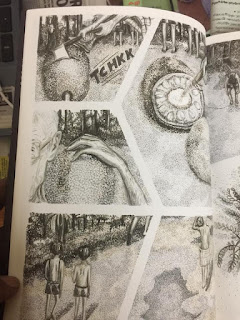 The siblings are like Esther and Rahel, the famous and controversial protagonists in the novel, ‘God of Small Things’ by Arundhati Roy. In fact like Arundhati, Anpu also shares the same local flavor in the rendering of the story. The siblings are so close to each other that they not only resemble in form but also in gender. Though there are no characteristic highlights that differentiate the siblings in terms of gender, one is tend to feel that the author deliberately makes their genders fluid; a sort of hermaphrodites who could be either male or female. One has a knicker with a pair of suspenders and the other doesn’t have it. Do the suspenders indicate the gender of the boy while the other is left to a fluid zone? 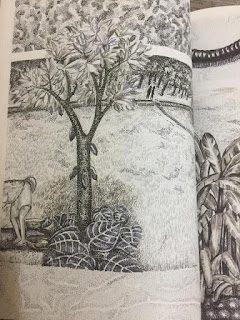 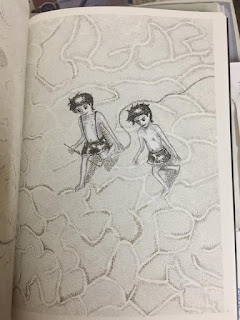 The question is relevant only when we see the graphic novel as an autobiographical tour of the artist/author herself. Keeping the author out of the narrative (which is almost an impossible task) one could perhaps see them as two boys snooping around their home and neighborhood. The story opens with the smell of a jackfruit. Oh yes, in a graphic novel how does one smell the fragrance of a fruit? Anpu has an answer; she starts off with the extreme close up of something which as we pull out, I mean turn the pages, comes to be seen as a jackfruit. Then it is cut open to show the sugary golden fruits and you do smell and see the golden yellow though these are pictures done in black and white. Though the images around the children are done realistically, the children have a painterly fluidity. 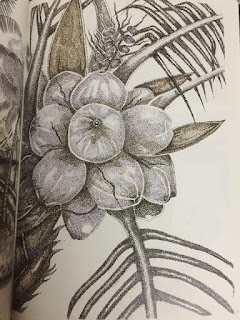 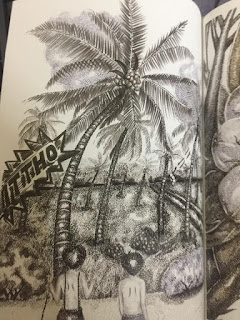 Constant form shifters they are like the mischief makers in a Truffaut’s movie, they are seen anywhere and everywhere in the village, emulating the acts of the grown up in an imaginary world while the nature goes on nonchalantly. The children imagine all sorts of pleasures and dangers, yet they are unstoppable. Anpu hardly portrays the grownups in the world of children; there is the presence of a grand old lady at the cocoa tree or the hen’s pen or the man who opens the tender coconut for the children. They are like Apu and Durga in Pather Panchali; the only difference is that they don’t wish to travel into the unknown world. The world of imagination ignited by the lascivious greenery around is more than enough for them. 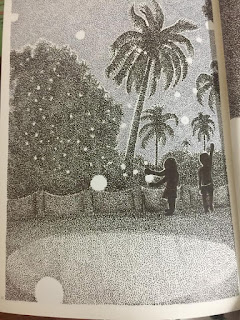 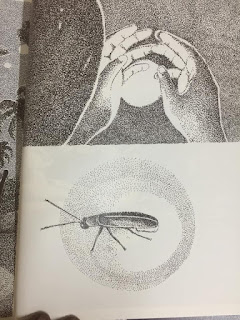 Anpu Varkey is an extremely sensitive artist and an adept storyteller as she winds up the story with the children looking wistfully at the night sky filled with stars and suddenly Anpu replicates the world of wonderful lights in the closer to home realities with the chimney light and the light of the glow worm. Lying next to the mother or grandmother the children listen to two musical renditions; of the kri kri sounds of the crickets hiding the fields, enjoying their nocturnal flourish and of the story of a jackal told by the mother in a sing song voice. Sleep creeps into their eyes of the children as they try to see the jackal prowling by and Anpu closes the story taking the viewers/readers outside to show that a cunning fox is already carrying a hen away. 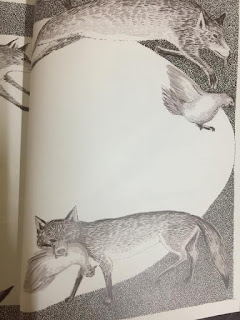 Graphic novels are the latest fad among the new readers though their favorite styles come from the Japanese Manga and Anime. Anpu Varkey stands differently like Marjari Satrapi, Joe Sacco and Nicholas Wild. Anpu tells the story of a village through a pair of siblings and she doesn’t turn the graphic novel into the more text based productions like Jeff Kinney or Bill Waterson. Anpu in this work remains more provincial and this provincial narrative has already got an international traction through the new genre of graphic novels. Let’s wait for Anpu’s next graphic novel which perhaps would speak of her journey as a street artist.

Posted by JohnyML at 5:12 PM No comments: