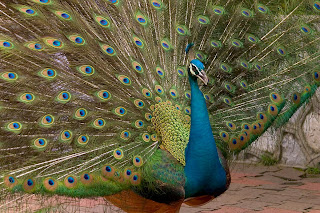 Japa News is the new entrant in the field of net based art journalism in India. Japa Arts, a trade mark art consultancy established by the young entrepreneur, Arvind Vijayamohan, has been around in the Indian contemporary art scene for the last two years and it has been making qualitative additions to the scene through its India Art Map and India Art Tour etc. Japa News is a new initiative by the same team for keeping the lovers of Indian contemporary art all over the world informed about its various facets.

Easy to navigate and crispy enough to enjoy, Japa News has all the ingredients to make it an interesting art portal. It gives emphasis to visuals than to words, while remaining committed to the genre of art criticism and art journalism. In the first issue itself, Japa News has made some efforts to establish itself as an opinion maker. Opinion making is always welcome as aesthetics is one of the abstract areas where there are no set parameters or formulas. The general art public, in the long run is influenced by opinion makers with some sort of credibility.

Tushar Jiwarajka’s article, ‘Canvas is Dead’, which more or less appears as the cover page item in the first issue, is an attempt to pull the art public towards the ‘immediate’ fashionable belief that ‘the days of paintings are over’. This argument is almost two centuries old or perhaps it is as old as photography. But even today we have painters happily painting, collectors happily collecting, onlookers gleefully looking at paintings.

In India, it was in 1989, the formal death of painting was announced by none other than the pioneering figure in our conceptual art field, Vivan Sundaram. Vivan’s was a double reaction; one, he was aware of the need for establishing a conceptual practice in India, two, he was emotionally swept away by the sudden demise of Indian Radical Painters and Sculptors Association (aka Radical Group) in 1989. The years between 1985 and 1989 were the ‘maximum’ or ‘peaking point’ of Indian painting. This statement should be taken with a pinch of historical salt. When I say it was the peaking point of Indian painting, I try to put the efforts of the young painters and sculptors of 1980s in a historical context. With no financial support from any agencies, these artists painted the most violent paintings (after the gloomy years of late 60s and 70s where Ramkumar, A.Ramchandran, Tyeb Mehta and so on painted the most violent and gloomy paintings). They couldn’t have painted like that in future. That was the end of an era, perhaps with the sudden death of K.P.Krishnakumar, the ideologue and leader of the Radical Movement. Vivan realized the historical dilemma of the young artists of that time. Hence he declared the end of painting. If I am not wrong, Vivan placed a piece of wood against a painted canvas to herald the death of an era.

But painting survived, perhaps in different forms. The Indian art market boom was all about painting. The buzz of it changed its ambience only recently, when Subodh Gupta could ‘sculpt’ without doing identical paintings, when Jitish Kallat could do ambitious sculptures without padding it up with paintings, T.V.Santhosh, George Martin, Gigi Scaria, Manjunath Kamath and so on could invest their energies into different mediums. We should not forget the fact that they were all forced to ‘paint’ during the ‘booming’ days. Now they are a happy and free lot as finally the Indian art scene could accept their ‘practices’ as art. That does not mean that painting is dead, or canvas is redundant.

Indian contemporary artists have been working on conceptual art from the very beginning. If you look at the trajectory of the artists like T.V.Santhosh or Bose Krishnamachari or Chintan Upadhyay or Manjunath Kamath or Riyas Komu or Baiju Parthan or you name it anybody, all of them were doing their conceptual works (at times spilling it over to their paintings) even during 90s.

Perhaps, the economic recession has brought all the difference. Now there is a change in benchmarks. The expectations from canvases are lowered and the same from other practices are raised. I don’t think because of this change, canvas would ever die. If it would, there would not be any more Jamini Roys or Sher Ghils or Tyeb Mehtas coming into auctions, there would not be any more Shibu Natesans and Surendran Nairs. They are still working and working great. That means, canvas is not dead and it will never die. There was a fear when the internet came that the publication industry was going to get affected. Now people read more and buy more books and every other day there is a new writer in the scene. When television came people heralded the death of Radio. Now radio tells you how you are going to get stuck in traffic jam.

There only one difference; the galleries have become more accommodative of conceptual art. Those gallerists who used to insist on painting are now asking for ‘installation, conceptual and video art’ with some kind of craziness lightening up their eyes. Art is business and business demands new objects. Conceptual art is fad now. This too will pass and painting will remain as a human endeavor.

That is what exactly Bose Krishnamachari says in his interview in Japa News- Art is money. Art is business. He even quotes Andy Warhol to prove his point. It is interesting to see Bose’s interviews- there are several constants and some variables. In this interview, the variable is his open statement that art is business. Read it in the context of his forthcoming BMB Gallery in Mumbai, things will be clear. That’s how showmen make statements. Damien Hirst did this. Why not our Bose?

Shireen Gandhy of Chemould Gallery has written a very touching piece on Tyeb Mehta’s life. There are several photo features and crisp reviews. The credit of Japa News goes to Amrita Verma who has been single handedly catching up with shows and events and photographing them for Japa News. Great effort and good going so far. It is worth waiting for the next issue.

(Catch the real action in www.japaarts.in)
Posted by JohnyML at 12:47 PM

Thanks for writing about my article in Japa News.

I accept and respect your opinion stated in the post. However, I felt there are certain issues which I would like to clarify.

The gist of the article is that there is art beyond painting, and that my view is that the most interesting stuff in the contemporary art world is happening outside the sphere of painting.

The article is a talk of art happening now, the art of the present, so to talk of Jamini Roy, Amrita Sher-Gill, Tyeb Mehta, etc is taking the article out of context. They were all great artists and did amazing work which was relevant to their times.

Also, my article is not talking of "Indian Art", but rather of contemporary art happening around the world. I personally do not think you can categorize and label art according to nationality.

Something I did not understand from your post: On one hand, you say that Indian artists have been working on conceptual art "from the very beginning". On the other hand, you say conceptual art is a fad, it is a fashion, something "immediate" and it will pass, but painting will endure. If it is a fad, I would like to understand why have these artists been working on it from "the very beginning"?

Artists have been working conceptually and with different media around the world for nearly a century, and it has also endured and thrived, and stood the test of time. A quick look at the most commercially and critically successful artists of "today", less than half would call themselves "painters", if that. Sure, they embrace painting as a commodity, but they have factories of painters producing their work of them. This kind of mass produced painting is still more relevant and a reflection of today's time than the painter producing isolationist work.

While you have given examples of industries like publications, which have survived, there are countless other examples of industries rendered totally obsolete due to the rapid advancements in technology. And your example of radio actually explains exactly what I am trying to say: at one time radio was the only source of information from the outside world, and entertainment in the home, a massive influence on the lives of the masses in its heyday, it is now relegated to saving you from traffic jams. The analogy of radio to painting is perfect. Once a dominant force of the art world, virtually a monopolistic form of expression, even though it exists today, it is today relegated to something far less significant.

I once again thank you for taking the time to write about Japa news and start this discussion. Volte(www.volte.in), a project I am starting dedicated to showcasing and exhibiting non-traditional arts, launches on September 25th in Colaba, Mumbai. Do come over when you are in town, and we can discuss this further over a cup of coffee.