Flaneurs in the Networking Streets 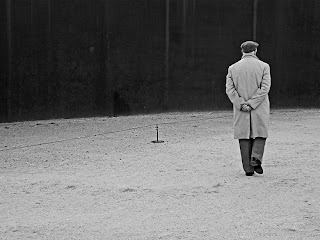 This has been going on for quite some time; different days, different people, different moods. They send me mails, ask for opinion, express their private fears, declare their love and reveal their private fantasies besides asking for suggestions and directions about their creative works. Often I diligently reply to their queries without getting into their personal zone, either fanning up their passions or drenching down their excitement. Some are quite persistent and as a human being I too am vulnerable to such insistence. Some stalk me and in turn I stalk some. We fall into mutual bondage. We become peeping Toms in each others’ lives.

Some sort of anxiety grips you when you know that you are virtually stalked. Some sort of energy flows through your veins when you realize that you are following someone like a shadow, virtually scrutinize their activities, public behaviour and their shameless flaunting of passions. You feel depressed for you think that the person you are hooked up with is not there just for you; he or she is for others too. You try to discourage yourself. But each time you sit before your computer, you tend to walk into those alleys where he or she is expected to frequent. You stand under your own profile picture, partly hidden by its shades and wait like a lonely and lost lover. You see him or her walking down, with a green light in hand and gloriously ignoring you. You fall down in the dumps. Let me tell you, these social networking sites are the cumulative fields of private anxieties and fears. 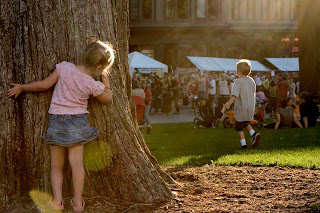 There are days together when you feel that you would take revenge on those people who have put you into throes and you go away and hide elsewhere. You tell the world that I am going away. You even remove your profile picture. You put a flower there, thinking that your imaginary rivals in the private battle of emotions would get seriously hurt by feeling your absence. You think that they would pine for your presence again; they would come and hang out in those back alleys where you often stand under your own profile picture partly clouded by the shadows of your own fear. But you know nothing happens and that puts you in pain more. Sitting far away and so close to your computer, without logging in on to the social networking sites, you try to do something else, read or write or get into tiring fantasies. And you imagine that you have put them in shame and angst. And look, what are you paying for that; your own happiness.

And you have ways to sneak into the back alleys only to check whether they are still around and feeling excited as usual. You choose your hide button and hide behind that. And of course you see them their having fun with their friends and acquaintances. They seem to have completely forgotten you. Then you play some music on the youtube. Something hits you and you feel a momentary happiness. Yes, you have found out a way to tell them that you are around but you just don’t care, and above all you are happy. So you post a youtube link of the same song that you are listening. You imagine that when they listen to it, if at all they care to do so, they would read the subtext and crave for your returning. And you wait and wait, just to see whether someone has liked it and showed the thumbs up. You go and check your message box to see whether someone has sent you a private message. When you find nothing, you log off. Surprise!! You tell the world by logging on and putting up a status like ‘I am back’. Somebody, who has been equally trying the same one someone else would suddenly feel a compatriot in you and would jump up to say, ‘I like it’. But that is not what you expect from those people whom you have been stalking all these while. The game goes on and then suddenly people start poking you and you wonder what exactly is going on when they poke you. You counter poke them and that too goes on for a while only to lose steam after few days.

Networking sites are the streets for the contemporary flaneurs. But that needs a bit of explanation; flaneurs are those street walkers who do not want something from the streets. They do not particularly invite anybody’s attention nor do they want to attend somebody in particular. The whole idea of moving around the city streets is all about celebrating one’s own freedom. One need not be particularly controlled by one’s social status, gender or age. Here in the streets he/she is an incognito, someone who is having all the rights to be there. In fact streets belong to the people. The first streets came up when people walked and cleared the thickets, the vehicles followed. Today, the streets are invaded by the vehicles. So the people are pushed to the pavements that too are cramped by the peddlers and idlers. Hence, the social networking sites are the new streets where people just walk and show their freedom. However, unlike the flaneurs, they expect a bit of attention from one and all in walking in the same street.
Posted by JohnyML at 8:29 AM

yes in a sense the social networking sites are interesting spaces for wandering. But sadly it takes away more of the pleasures of the 'flaneur'- its anonymity. It pretty much kills it dont you think. All of this visibility? just like you described...

nice to peep into your alley :)