Story of Marketing Toothpaste in Flight 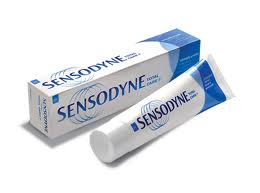 At the fortieth minute during the two hours ten minutes flight from Kolkata to Delhi, a lisping voice of an airhostess filled the cabin. She spoke at length about the quality of Sensodyne, a toothpaste brand from Glaxo-Smithkline company and said that the cabin crew would be giving a free packet of the same to each passenger free. As promised, girls with pearly teeth and red floridly curved lips distributed the toothpaste packets amongst the passengers. And it thought it was one of the most successful ad campaigns that could be undertaken by any company that looks for economically above average patrons for their products. Reason was simple, for the rest of the trip, may be for thirty minutes most of the passengers kept on looking at this packet as if it were an amulet containing a secret mantra. Above all most of them were talking about it from their own perspectives. While very few of them put it inside the pouch in front of them, majority of the passengers kept it in their hands or in their pockets. The very experience of holding that packet in hand took me to a series of assumptions on the generation of consumerist desires amongst the unsuspecting people.

First of all, any free distribution of a product is directly meant as brand familiarizing and establishment. In a flight with very less to do other than reading, sleeping or impatiently waiting for the eventual arrival, most of the people tend to focus on trivial things which in fact they otherwise do not do. Getting a free gift spurs up a series of associations. Primarily it registers that while travelling by a particular flight you have received a gift. That particular gift, now being a commercial product, fixes two association through its tactile nature; one, it creates an empathetic relationship between the passenger and the flight. Two, that product itself get registered in your mind. These two associations are directly translated into the notion of belonging to a privileged class. As most of the people do not travel by air quite often, the reception of a free product from the flight underlines your privileged position as a person who travels by flight which is read by your sub-conscious mind as your ‘better’ position in the society. With the product, now seen within or without the flight, directly takes you to your air travels thereby your euphoric feeling about being exceptional and privileged. This also creates an empathetic relationship with the particular product. 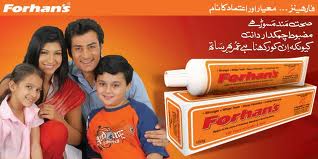 What surprised me further was the packaging style of the product. This product, unlike many other toothpaste brands does not have a glittering packaging style. It is plain and simple and almost evokes the feeling that you have been given a free sample of some skin disease cream or mosquito repellent cream. But as you have been told that it is a toothpaste, as you don’t have much to do inside a flight, you start reading the details printed on the cover. The more you read the more you wonder based on your previous associations with toothpaste packaging and its visual familiarities, why this product negates the conventional idea of packaging toothpastes. This wonderment is one strong form of registering the product brand in your mind. The more you think about it the more you identify the differences it has from other brands. The more you recognize this fact and its clinical negation of the conventional, the more you start developing some curiosity towards it. Now, as you also invest your social positioning based on your assumed distinctions and differences, you find a location in this product where you could anchor your difference and distinction. The product moves several steps into your consciousness and those zones of desire. 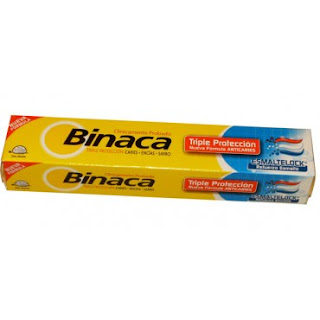 The packaging of this product is further interesting because of its capacity to generate the curiosity about the content. This has been made possible mainly by using a sort of glued ends. We are familiar with those pastes and creams which have a insert-able flap, that means once you have opened and examined the content, you could push the flap back into position and close it. Here as you are in flight and after a few minutes as you are going to continue your journey to home or hotel, you feel like not opening it because if you open it, it becomes impossible to keep the content from falling out. The tube coming out of an open end provokes the idea of losing it. As you have not seen the content, you don’t want to lose it without checking it. So eventually you toy it in your hands till the flight lands or you keep it inside your pockets. In a way a passenger is made a slave of a small little packet he has received from the airhostess. While standing at the belt from where you collect your baggage, I saw most of the travellers carrying the packet in their hands or pockets. Some were even in the process of putting it into their bags. 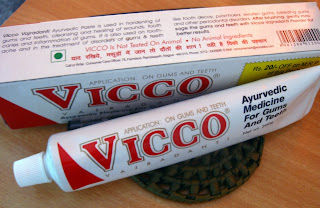 The company perhaps does not believe that all the passengers who have received it are going to be the users of it. But it does believe that people are going to talk about it and they are going to relate to it as a product that is above average. And in a snobbish society, a consumerist product moves faster than anything else as people like to brag about things that they do or experience however silly they are. So the company knows for sure that this product is going to be talked about on the next day by people. And this talk would further the curiosity. It is just a sort of Pavlovian association. Next time when you visit a super store and shop for your toothpaste, the moment you see this brand name all those association of being above average or associating with the above average comes to your mind. So you for a test case buy one for yourself. Perhaps your children and wife or husband would resist this new product. That means you buying two different brands. As you are committed to your being distinct, at home you start using this product and naturally out of curiosity the other members might steal a chance to use it for themselves. Slowly you would see a whole family getting converted into the use of this new brand. 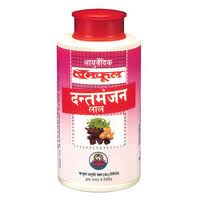 While in the flight, rest of the thirty minutes we three friends were talking about this product. By the end of it, we realized that notwithstanding out critique on consumerism and consumerist products and the ways in which companies use advertisement for furthering their products, we still were discussing this product. While a friend said that he need not buy a tube of toothpaste for his next trip which would be the next day or next month, the other friend said that it was always good to try a new product. While mine was mixed with both their views, my idea was to write about the whole idea of its marketing. Interestingly, after almost twelve hours, I am still hooked up to this tube of paste. It is still unopened and unused. But I am writing about it. There could not have been a better strategy to promote a product than free distributing of it a flight full of bloggers. 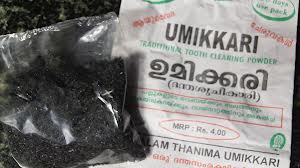 While thinking about this product I thought about all the other toothpaste brands which I have used or nostalgically remember. And the illustrations used in this article are my nostalgic association with other dental care products. Once it was burned husk or rice, then it was a curious smelling pink powder that burned the gums with a sweet cutting pain. Then all those brands that we all have perhaps used.