All Indian Women Should Wear Purdah 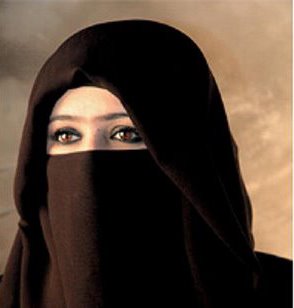 Here I am going to play the devil’s advocate. I want India to adopt a two tier sartorial code for all women, especially for those women who live in the mainland where global warming has facilitated the rise in day time temperature. During the summer months those women want to wear purdah should adopt that dress code irrespective of their religious beliefs. And during the clement climes of winter months they should wear whichever dress they want to wear. This sartorial adoption of women could rest two polemical issues; one, the demands of the cosmetic industry as well as popular culture on women to keep their skins fair for looking good in general and for male consumption in particular. Two, the complete covering of women’s body by purdahs would help our moral police to retire forever. With such a dress code in place in both the climatic conditions women’s bodies would remain fully clad. If at all any damage is rendered that would be on the cosmetic and fashion industry that ironically demand more protection for skin and at the same time its maximum exposure. 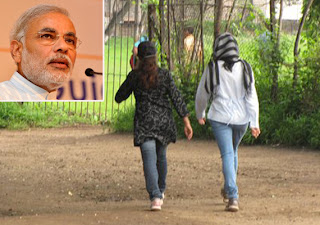 Don’t misunderstand me. I come from the same terrains that are familiar to you too. Just travel across Gujarat, which is considered to be the laboratory of Hindutva experiments with Narendra Modi, the most reviled fanatic administrator as the Chief Minister of the state, you will see most of the womenfolk irrespective of their age and religious affiliations wearing a very peculiar dress code. Whether they wear a pair of jeans and T-shirt or a salwar-kurta, they use an extended chunni/veil to cover their faces. The chunni is primarily tied around the head and the other end is brought around the face over the ears, leaving only exposing the part of eyes which is further covered with a pair of dark goggles. In Gujarat, maximum number of women uses two wheelers. They cover their hands with a pair of stockings long gloves that complete the dress code. I have seen women driving cars also wearing same kind of gloves. In short, each girl/woman in the street looks like a stereotypical terrorist in the worst sense and in the best sense completely veiled modest woman. Their faces and hands are exposed only when they go into the classrooms or workspaces. In the streets along with them you see Muslim women who are clad in black purdah with faces covered or exposed. This is the case with Rajasthan. Now a days I see in Delhi also girls covering themselves up in similar fashion. 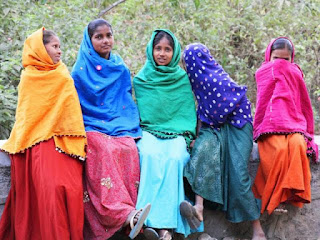 Can you differentiate between a Muslim woman and a Hindu woman from amongst these completely hijab-ed women? Suppose Salwar-kurta wearing girls can be categorized as Hindus and hijab-ed girls as Muslims, what is the qualitative difference when both the parties are completely covered up? Even in Metro coaches which are excessively air cooled during summer days, a lot of young women identically mummified in clothes. And interestingly, they do not attach any religious values to it for feel ashamed of it. On the contrary, they feel a bit special when they are seen completely covered amongst those hapless women who do not have either time or mind to cover themselves up so. 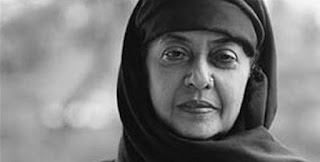 Scholars who have studied the origin of purdah system, carefully point out that veil has been introduced amongst the Muslim women as way to keep themselves protected from the vandalism of the climatic conditions. The religious angle came along with the patriarchal interpretations of their holy text. In fact both the men and women who live in the Arabian countries wear such clothes that adequately cover them up from head to toe. Men are not showing themselves off either. In humid climates people wear loin clothes and amply air their private parts openly. If you look at the traditional dress code of Kerala, both men and women wore cotton clothes that permitted enough air circulation. Even today you could see men walking half nude in the streets of Kerala. But where dry heat is prevalent people cover themselves up with clothes. Only in Bollywood movies, especially those are shot in Mumbai with Mumbai as the milieu of the story, you see the actors wearing three piece suit or tweed coats even on a regular day. 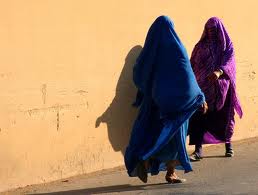 Now the choice is between a good skin and bad skin. If you ask a contemporary woman nourished by the staple food of commercials without knowing that this is how patriarchy finds consumers for its business empires, whether she would like to have a good skin and freedom, she would prefer a good skin over freedom and to gain that good skin besides using number of cosmetic products she would definitely go for a purdah provided she gets enough chances to flaunt her good skin to the world. 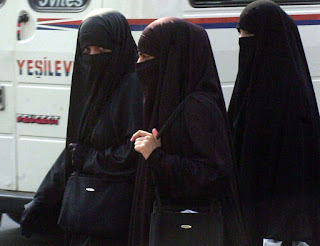 As a person living in Delhi I would say that we all should wear purdahs and for the summer Purdah should be our national dress the way Hindi is our national language. We should not attach any notions of religion or freedom with this hijab. It is a good thing. Recently a Moroccan writer came out of her hijab and it had created a lot of controversy in her country. But she decided to do so when she went to live in the US where summer feels like Indian winter. Take African countries (sub-Saharan nations) both men and women wear long body covering clothes. They are all not necessarily the followers of Islam. So once again I demand that all women in India should adopt a two tier dress code; purdah for summer and any other clothes for winter and we are sure that in winter only college girls and boys in love would dare to bare resulting into long spells of cold and cough that prevent their respective love interests away for a long time.

I think pordah is the right way of dresses for womens living.Its very necessery and thanks for sharing this.Looking to buy traditional indian clothing online today? We offered you for great design indian cloths.

It’s really an amazing blog about Shirting and suiting. Thanks for sharing with us great information about this lovely topic. I really get benefit from this.