On Chickenpox, Art and Love 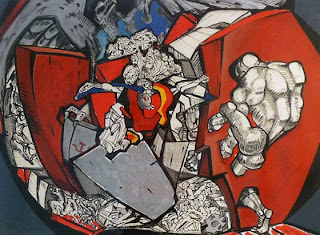 (a painting by Ernst Neizvestny)


Illness is like a flower. You can see it blooming petal by petal, if you have keen eyes. You may even hear the music of it, provided you are listening hard enough. Standing in front of a mirror, counting the boils on my body I suddenly become aware of the fact that a healthy person, however he is in love with himself, does not know his body the way he knows it when it is afflicted by an illness. I see a man in the Metro rail, impeccably dressed in his cheap clothes, complete with a tucked in shirt, ironed polyester trousers and clean shoes. He holds a small bag in hands and curiously I find a plastic bag with a tube attached to it hanging from his hip. Dark yellow fluid inside the transparent plastic bag plays see-saw as the man walks further, alighting carefully from the escalator. Like the Russian painter, Ernst Niezvestny’s paintings he is a man turned inside out. I could see his tired kidneys struggling to filter fluids and catheter that juts out from his private parts pushing out the left over fluids in a process called dialysis. Or is he like the paintings of Francis Bacon, totally vandalized by illness and lost clearly contoured face? But I am sure that man knows his anatomy than any of those people with powdered faces, toned bodies and shapely ears glued to mobile phones or headphones. I lie on my bed like Da Vinci’s Vitruvian Man, hands and legs splayed. I could feel my back painting and the pain creeping up to my neck then blooming into small boils inside the thicket of my mop. I move like Muybridge’s man as if I were recording the movements of my irritated limbs frame after frame in a camera. Then I lay still like a Modigliani nude. Then I become a Christ rendered by Gauguin. I look at the unmoving fan which had gone dead after a major power breakdown in the neighbourhood. The locality is silent as televisions are not rending out the sorrows of bedecked housewives and newscasters disappear into a vague nothingness. I hear the tired and harassed women taking from balcony to balcony exchanging similar stories of deprivation suddenly caused by the power breakdown. Each sound is underlined with fluorescent lines as if they were the notations from a musical score that a weary child tries to rote. 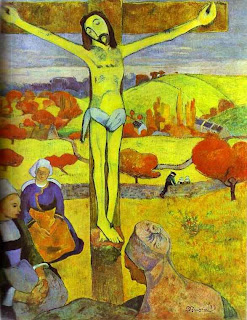 I could hear the viruses moving in my body, mocking my immune powers that I thought were there intact for the last few days. Viruses can play havoc in the most unexpected days and unexpected ways. The Starbuck coffee that I had drunk yesterday evening with a friend at the Nehru Place metro station which dons the characteristics of a mall than a railway station looks absolutely remote. His voice echoes in my ears along with the mocking sounds of viruses, resulting into a buzz of intolerance. I drink water and water tastes like medicine because doctor had told me to drink a lot of water. When doctor advises any mundane thing could turn into a medicine. I look at my body like a tired Lucien Freud character would have done and find out the boils. It is chickenpox. The viruses cause heat and they bloom into boils, turning your body into a garden of boils. You can just wander alone there looking for surprises, a ruptured lesion and a ripe pimple and the innumerable ones that grow up here and there like a crescendo in an orchestra. 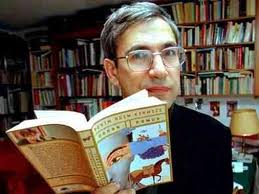 I don’t remember bedridden days. I must have, during my childhood days. But when you are child and you are ill, you take that too as fun. If the illness is not terminal and it still gives you mobility and it does not render you completely weak, even illness could be your friend. You pick up your old toys and dolls, you find out those picture narratives and story books which had been tucked into shelves and you play or read. When friends come you invite them to join in your charade. If you do not have a contagious disease evenings are pleasant. But nights, perhaps in nights you go away to those places of toy lands and magic lands as seen in the picture books. Illness in childhood is the first lesson to focus and concentrate on things. For the first time a child gets a chance to be alone and focus on things around him. He registers things and they would never fade from the memory. I remember a character in Orhan Pamuk’s Black Book. This young boy is dumb and deaf. He keeps looking at the golden fishes in his private aquarium. In the evening when his cousins come he plays with them and paste pictures and news in a scrap book. Rest of the time, he looks at the streets of Istanbul, Bosphorous River, trams and busy people walking along the streets, Alladin’s shop etc from his window. He grows old and dies in that room, never telling the world what he had learnt from his observations. 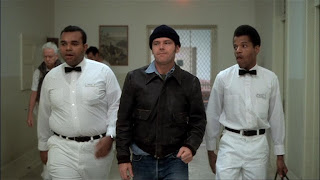 (Jack Nicholson in One Flew Over the Cuckoo's Nest)

There was a time when every youth in this country wanted some kind of terminal illness that rendered them silent. They were the days of pre-gloablization and the days of nationalist economy. Options were limited for the people to choose from. Illness and muteness was something that attracted love. They hid their illness and even rejected their love interests only to gain all sympathy at the moment of farewell. They sang songs in popular narratives and they became the most beautiful popular songs ever. If aggression did not bring you the desired love illness did. So most of the heroes in popular movies found their love when they were either beaten up or bedridden. Interestingly, these movies never spoke of those women who were prone to illness. Like their feelings and emotions, their illness too was a castaway subject. 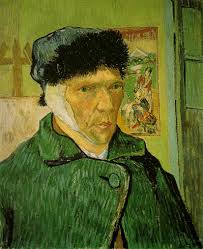 Growing up in those romantic days, whenever I felt illness (I was never bed-ridden in the conventional sense) I thought of all those ill heroes in art, film and literature. Didn’t I feel like coughing out all those blood surrogates and falling dead at my beloved’s lap as Kamalhaasan did in his movies? Didn’t I feel like looking at that last leaf painted on a wall? Didn’t I feel like Van Gogh who had given his ear as a gift to his love interest? Didn’t I feel like the Pope who was about to die and dies in fact after seeing a young sister’s vagina in a European movie? Didn’t I feel like becoming a Jack Nicholson or Mohanlal who were ill in the movies? Illness has a lot of romance. It takes you to the micro worlds of existence. It opens up the worlds of spirits and gnomes.

But I wait for the day when I could defeat the rioting viruses in my venal streets by water cannons or by medicinal interventions. I want to bring peace to my body. I want to see my body singing once again to the tunes of love and love making. I want to make my body strong as a fortress where I could keep my kids protected from invaders. I want to make my body a theatre of emotions so that it could write itself in words that even I do not know existed before. I want to come back to you, hale and hearty. I want to hold your hands and walk along the streets, to the work place and to the dream lands. I want to become healthy again and my body spotless and soul pristine so that vile old women will not entice me with their tearful eyes. I want to run around in joy behind my son and daughter and all the kids in the world. And I want to hold the hands of all those old people who lived a creative life, a meaningful life and now needs a touch of God. Let me wake up to that great day sooner than later.
Posted by JohnyML at 12:04 PM