The Idea of Success: Dilip Kumar and Shah Rukh Khan 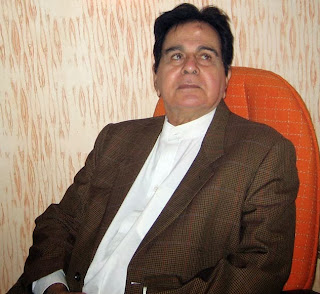 
I remember this story of a very chronic newspaper reader. He reads his newspapers in the bathroom. The habit was so strong that to do his ablutions he wanted something to read. One day, while staying in a hotel, he could not find anything to read. Desperate, he pulled out the ‘dos and don’ts’ stuck behind the door and went to the bathroom. Newspaper readers are an interesting tribe. I belong to them marginally as I do not read each news item word by word. I scan them through with my eyes and pretty much understand things in their entirety. Those people who read newspapers religiously may not approve of this habit. For them, newspapers are to be chewed, tasted and digested. Some get ultimate satisfaction by the time they finish the last word in the crossword puzzle and retire for the day. Death could be postponed, if you keep reading the newspapers.

A couple of days back when I was scanning through a newspaper, I saw this picture of 90 years old, yester year super star, Dilip Kumar, coming out of a Mumbai Hospital after a fortnight of stay and treatment. I do not know whether anybody is interested in doing harm to this veteran actor, who has been awarded with Padma Bhushan by the Government of India and is a member of the Upper House of Indian Parliament. In the picture I saw him flanked by two armed security men. I found it quite ironic. A man who is threatened by illness, temporarily rescued by doctors, still wants his personal body guards. I remember the famous lines: A frog which is already half swallowed by a snake, still tries to catch a fly for his food. 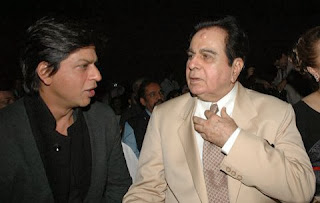 In the same page I see Shah Rukh Khan, India’s current super star, talking about his fears about poverty and failure. He speaks of his humble origins in Delhi and the struggles he had to go through as a young man. At some stage he equated poverty with failure. And he accepted any picture that had come to his way even if those were rejected by other Khans.

Here is a problem. People tend to believe what Shah Rukh Khan says. When he speaks he blurs the line between intelligent professional choices and philosophy of life in retrospection and presents the resultant nebulous finding as altruism to be followed by many. His decision to choose Dar, Baazigar and other films were intelligent choices. The fear factor comes from philosophical introspection. Shah Rukh Khan has famously said recently that to earn he would even dance in marriage parties. If so, King Khan has not moved an inch out of his principal fear, of losing it. If so, we have to say that he has not grown at all. A resolved person leaves all fears behind. He enters a new zone of existence.

The most dangerous thing is this: Shah Rukh Khan equates (though in retrospection) poverty with failure. If we see it the other way round we can read it in this way: Failure is natural for the poor. Or Poor are bound to fail. Any sign of poverty is a sign of failure. Anything failed should be seen as from within the idea of poverty. As Shah Rukh Khan is a materialistically successful film star and whose success is measured by the money that he has raked in so far, his statement should be naturally understood in terms of financial gain as the basis of success. Does it give the right message to the young people who diligently follow him and his words?

In my opinion, Shah Rukh Khan should have added a rider to his statements. He should have said that after these many years in career and so called success, he has understood the meaning of success. He should have told the world that success is not about making a lot of money and getting a lot of fame. Success is all about doing satisfactory works in whichever fields of action, which is driven by the sense of ethics and common good. A farmer’s success is not about becoming the biggest farmer; his success lies in reaping a good harvest but remaining faithful to the earth. A teacher’s success lies in his teaching. A politician’s in rendering service to people. 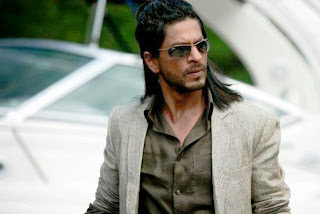 But going by Shah Rukh’s formula, by any means one should get money and fame. ‘Making money’ is an art form; some people do it quite artistically and some people do not. But that does not mean that all those failed people are poor people. Poverty is not lack of wealth. Poverty is a lack of space and opportunity for the talented to flourish. Poverty is not inherited; it is circumstantial. It does not have anything to do with genes. When one is given opportunity to express his talent, or one strives to make that opportunity possible, success happens. Money is a by product of success. All the poor people are not failed people. All the poor looking are not poor. May be the rich looking are riding on loans.

Post Script: I had seen Shah Rukh Khan’s face going red with embarrassment and shame when Mika, the singer was boasting about his Rs.50000/- wrist watch in an award function. For King Khan Rs.50000/- is nothing and even for Mika it is the same. But mentioning it as a measure of success is something ridiculous. Khan had felt it then. Today, rest of the world feel the same embarrassment when he connects success with material success.