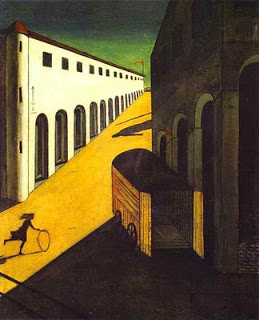 I am sure you have forgotten me. Even if I show you my photographs, you may not remember me. Time has passed, seasons have changed, people have evolved, many are dead and many are born and in the meanwhile you too have become old. I have been thinking of writing letters to you, still I was not doing it. I can find hundred and one reasons for not writing mails to people. It is like this; some mails deserve answers and some not and some mails are to be written but never sent. However, I think it is very important to write a letter to you now, may be a series of letters in the coming days.

You may ask me why I choose you, of all people, to write a letter in these days of instant communications and instant forgetting. The answer is that I do not know your address; postal or email. But one good thing about letters written to someone but never sent or received is that at some point in life somebody would find them, read them and interpret them. I do not have such high hopes. However, I am sure that one day, while searching something online you may chance upon these mails to you and how happy you would be or sad! It would be absolutely a surreal experience; someone writing letters to you from some part of the world and they reach you when you least expect it. Don’t you remember those bottled messages thrown by the sailors from their ship decks thinking that someone would find it one day? The feeling I have while writing this mail to you is the same of those sailors. Now, suppose it never reaches you, instead it reaches the hands of someone else, that person may ask, what was the surety that the writer had while writing it regarding your chances of having an internet connection or if at all you had one, the possibility of surfing it with the possible search words that would finally have brought these letters to you? Such scepticism has to be accepted and appreciated. But life is full of chances. And some of them are really surreal chances or occurrences.

Hence, dear Meharunnisa, let me write about some surreal incidents happened to my life recently. In fact our first meeting itself was a surreal encounter, wasn’t it? You were a nurse in a private clinic. You were beautiful with big sparkling eyes and curly hairs. You had a huge smile pasted always on your lips. I was there at that clinic because my mother was admitted there for the removal of her ailing uterus. I waited endlessly thinking about the operation that was being conducted upon my mother. I distracted myself by looking outside above the boundary wall. There was a huge mango tree and a lot of squirrels and crows playing on it. Suddenly you came out with a plastic jar covered with a sheet of newspaper. I looked at your face and you were still smiling. “Take it to the Cosmopolitan Hospital lab for culturing,” you said while pushing the jar to my hands. It felt hot. I was curious to see the content in it. So I was about to unpeel the cover of that jar. “Don’t,” you said, still smiling. “Why,” I asked. “It was your home,” you said. “My home?” I opened the cover and saw several pieces of flesh jam packed in that small pet plastic bottle. “Your mother’s uterus, where you had taken shape,” you said. My mouth watered for no reason. It did not look like my ‘home’. It looked like ‘meat’ for cooking. You laughed while I walked out of the gate with the jar in my hands. Meharunnissa, do you know something? After twenty five years, I happened to be at that building again. My friend had rented out a huge house next to it and I was looking for you there in that building.

Chances; sometimes they are not chances at all. There is a secret pattern to everything around us. We fall in the right place and we say that we have a good opportunity. May be we have been preparing to fall in the right places after a series of bad moves. But that particular moment of being in the right place might sound quite surreal, haven’t you felt so Meharunnisa? But when you are not in the right place too you could feel this surreal state of being. The other day I was going to a local market called Sarojini Nagar Market in Delhi. It is one of the biggest floating fashion markets in Delhi. I did not have any intention to shop as I hardly shop (when was the last time I shopped for a shirt? Must be several years back.) I went to that place to meet someone as I was supposed to give some money to that person. I got into a battery auto rickshaw from the INA Metro station. Somehow there were only four of us in that rickshaw; two Japanese women, one Indian woman, face covered with scarf and myself. The rickshaw ran without making any sound. The heat was unbearable and the Japanese girls were finding it really tough to fight the heat. Their faces were turning red. I told them to cover their faces with scarves and I pointed at the woman sitting next to me fully covered. Then she explained to those girls how to do it. They bowed their head. Next moment, I saw myself sitting alone in a running rickshaw. Those three women were not there in the vehicle at all. Was it a dream?

Dazed by the incident and also by heat I walked up to an ATM counter to take out some money. When I entered the cabin with two machines, three girls got in along with me to withdraw money from the other machine. The machines were playing pranks. I tried my best to insert my card but something was going wrong. One of the girls from the group instructed me how to do it. I did so and it worked. I turned around to say a thank you to her. But out of the three girls I could see only two girls. The third one who instructed me was missing. I rushed out to see whether she was gone or not. I could not find her anywhere. She was not making a phone call standing outside, she was not walking off or she was standing under a shade waiting for her friends to come out of the cabin. She just vanished into the thin air.

Now I was supposed to find out an address where I was supposed to meet a person and deliver the money. I saw two women standing at a cross road, talking to each other animatedly. I could not find a single soul other than these two women. I walked up to them and asked for the address. One woman spoke to me in English and showed me directions. She showed towards right and asked me to take a left. When I told her that she was confusing me, she said sorry and corrected herself. Then the other woman pitched in to give me another direction. She spoke to me in Hindi and said I should take two rights and then a left. I calculated their directions in my mind and came to a conclusion. Thanking them I walked off. But before walking further a few paces, I just turned back and found three women standing and talking to each other. I had seen only two women there. I walked away in half horror and in half delight. I did not know why I was horrified and even why I was delighted.

While coming back I got into a battery rickshaw. There were at least ten of them going parallel to my rickshaw, filled with people. And till the metro station my rickshaw was empty except me as a passenger. I even asked the driver why he did not get passengers like the other rickshaws. He turned around and smiled at me. There was only a smile on his face, nothing else.

Meharunnisa, why all these happening to me? What are you doing these days? Have you got married and if so how many children you have? I think you even might have become a grandmother. I am sure this mail will never reach you. But I will write to you again.