Story of a Village Library 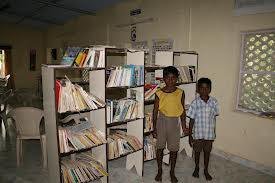 (A village library- Strictly for illustrative purpose only)


Wikipedia has killed small libraries, they say. You no longer rush to the nearest library to clear a doubt in history lessons, to read the latest story by your favorite short story writer or even to spend a few minutes with like-minded people (the village bookworms). Do you remember the last time when you visited an old scholar in your village to discuss some issue that you thought needed erudite clarification or elaboration? Today, Wikipedia does everything for everyone; knowledge at your fingertips. Say, information at your fingertips, someone corrects. Do not pass one for the other, they are different, another one interjects. There are times when you want to know about what has happened to the good old library in your village. What do you do then? Either you go there in person to see what the present status of it is or, yes, here it comes, or you enter the name of that library in Wiki search or Google search. Alas, most often you don’t get any information about it. Nostalgia mongers amongst the Non Resident Villagers (NRVs) litter their social networking site pages with images and information about their villages that they have left behind long back. But you do not find a picture of the village library. None seems to be interested.

At Vakkom, a small village where I was born, in Trivandrum District in Kerala, there is a library called ‘C.Krishna Vilasom Library’. Before I go into the real story, let me digress a little bit. Vakkom is a beautiful village and it is rich in money and greenery. It has a very interesting history that runs back to our independence struggle, Communist Movement and so on. I do not want to get into that history in this short piece of writing. But, of late I have found out that this village is more beautiful than the beach paradise, Goa. Vakkom has backwaters and a few paces away from it a long beach, which is still used by fishermen. At the northern end, Panayil Kadavu has a small resort called Kayaloram (Shore of Backwaters) and a huge four star hotel called ‘Vakkom Palazzo’, both remain underused and under advertised. You cross the backwaters at Kaikkara by ferry or by road at Panayilkadavu, you reach the famous Varkala Beach, which is the second important destination of the tourists who visit South Kerala, after the illustrious Kovalam Beach. There are hardworking as well as lazy people in this village. Many young people are in the gulf countries and they have helped making Vakkom an extremely rich village. It is interesting to see at least twenty per cent of the youngsters who are employed in the gulf countries, is on leave at any given time and could be seen in the village riding huge motor bikes or luxury cars. But none goes to C.Krishna Vilasom Library. 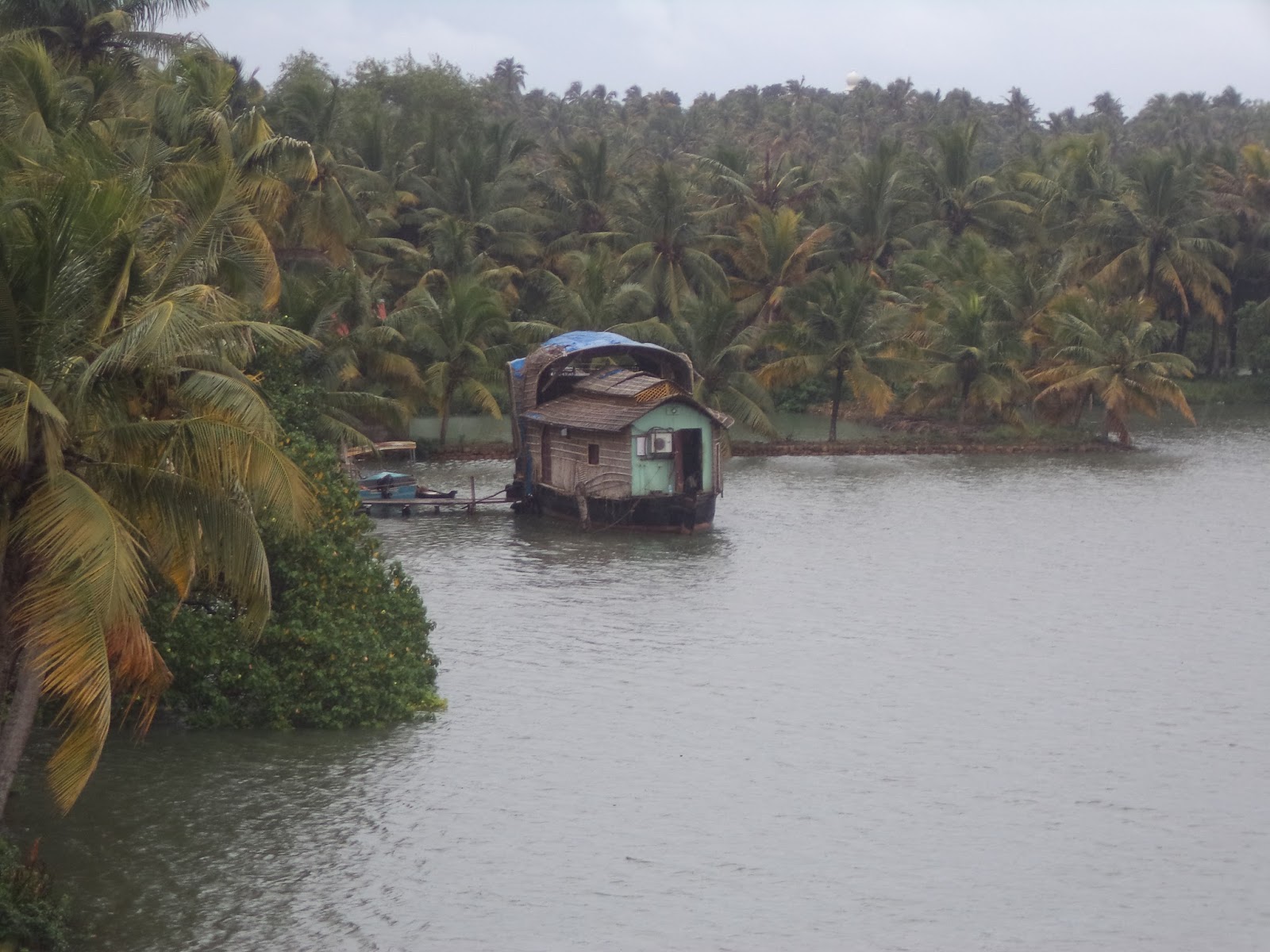 My tryst with C.Krishna Vilasom Library was sometime in 1978, when I was nine years old. Many a youth who did not have any other ways to pass time found their way to this library. It was located near the first level cross of our village and along the meter gauge rails steam engines passed four or five times in a day. Watching those huge steam engines pulling the rickety bogies was an interesting pastime for us. A dilapidated reading room adjacent to the one room library was open throughout the day and people kept reading a few newspapers and weeklies sitting at a three and half legged table. In the evening a jobless young man came to man the issuing counter of the library which was a dark hole filled with books and only that young man could pick up the books that we used to ask for. My father was one of the committee members of the library and it helped me to get a membership in the library though I was underage. I remember reading almost all the books available in that library and started testing my skills in writing in due course of time. We all used to call it ‘Sree Krishna Viasom Library’ though its original name was ‘C.Krishna Vilasom Library.’

Today I visited the library again after almost three decades. Now this small library functions from a tiny two storied concrete building near the government high school at Vakkom where I did my schooling. This library was shifted to the present location in 1988, after four years I left the school. Talking to a pious old man, Sisupalan sir, who volunteers to conduct the day to day affairs of the library, I came to remember that the small plot of land where the library building is situated now was bought by my father and he had asked my mother to hand over the property to the library committee before his untimely demise. Immediately after my father’s death, my mother promptly handed over the plot to the library. With the help of a benevolent donor from the village and a few contributions raised from people by the committee, the library got a permanent building in 1988. By that time I had left Vakkom for higher studies and had found better and bigger libraries elsewhere. Somehow, I missed visiting this library till I could do it today. Sisupalan sir showed me a few books written or translated by me, which made me really happy. Last year, I had contributed around three hundred books from my collection to this library though I was not personally present when the books were handed over to the library committee. Today, I was curious to know the history of this library and Sisupalan sir was willing to share the history of it with me.

It all started with a Reformation Campaign conducted by a Malabar based barrister in 1930 in conjunction with the Temple Entry movement in 1930. The procession led by this barrister, C.Krishnan, came from Kollam, then Quilon, via Varkala and crossed the Kaikkara backwaters and culminated at the Putthan Nada Shiva Temple premises with a huge public meeting. It is said that when the procession came, the people in Vakkom felled several coconut trees in order to make a floating bridge across the backwaters for the procession to cross it without interruption. C.Krishnan made a speech at the temple grounds and a few youngsters named Malayali Madhavan, Padmanabhan, Sreedharan and so on got so inspired by the speech of C.Krishnan who had asked the village youth to wake up and educate people through reading and writing that they decided to start a library. Padmanabahan was a landlord and had a shop that sold Ayurvedic medicines. He had a couple of rooms left vacant in the same property where he and his friends set up the library. Though C.Krishnan was alive, as a tribute to his name and fame, they decided to call it ‘C.Krishna Vilasom Library’ which literally means a ‘Library in the Address of C.Krishnan’. My father was one of the early members who carried the flame of those pioneers further and he was a member of the governing committee of this library till his death. Sisupalan Sir also remembers the contributions done by Mr.Sumedan who has been coming up with material and moral support whenever the library faces problems of survival.

Though the library was started in 1930, it got its official recognition in 1936 as its name was included as a member library in the Grandhasala Soochi (Library Index). The issue registers since 1936 are still preserved here in this library. As Sisupalan Sir told me about it, I happily reminded him that in a few of those registers my name and signature also would be there. Today, C.Krishna Vilasom has a few patrons from in and around the village. Though it is right in front of the government high school, Sisupalan sir says that not a single student from the school has enrolled as a member in the library. So strange, I think. I see one of my students whom I had taught almost twenty five years back. He is here to pick up some books and that makes me so happy. He is a government servant now but he finds time to read books of his interest (organic agriculture). A girl lends her service as an untrained librarian two hours a day in the evening and rest of the time she works in a textile shop as a sales girl. She has to find an additional job because the government gives a grant of Rs.1000/- per month as a salary to the ‘librarian’; that too comes as a lump sum once in six months. Books are purchased with an annual purchasing grant provided by the government, which is Rs.20000/- (Twenty thousand). As anybody else out there, I am also sure that it is absolutely an inadequate amount for purchasing books. This library has got a computer which has been lying there unused and now out of order for a long time. Sisupalan sir tells me that no trained person is there to catalogue the books or keep an online register. He also tells me that the committee does not have any fund to employ a full time trained librarian.

This article is an appeal to all my friends who are born and brought up at Vakkom and now have decent jobs and fat pay packets both in India and elsewhere. If you really lend a helping hand, C.Krishna Vilasom Library could gather sufficient capital for employing a full time librarian and also for purchasing good books. Also a part of the amount could be used for branding it and spreading the word around. To my surprise, I found out that neither the Member of Parliament nor the Member of the Legislative Assembly has ever supported this library despite repeated pleas. Hence, some political pressure also could be put on the concerned authorities if politically influential people volunteer to initiate the MPs and MLAs about the plight of this library. And I am sure in each village in our country, there must be a story similar to this. We cannot go around and do it for all the libraries in our country. So let us start with our own Village, Vakkom and its own C.Krishna Vilasom Library.

As an end note; before writing this piece, I went to Wikipedia to look for some information about this library. I also searched for images in Google. I came out empty handed.