Nepal: A Tragedy Made into Farce by Us 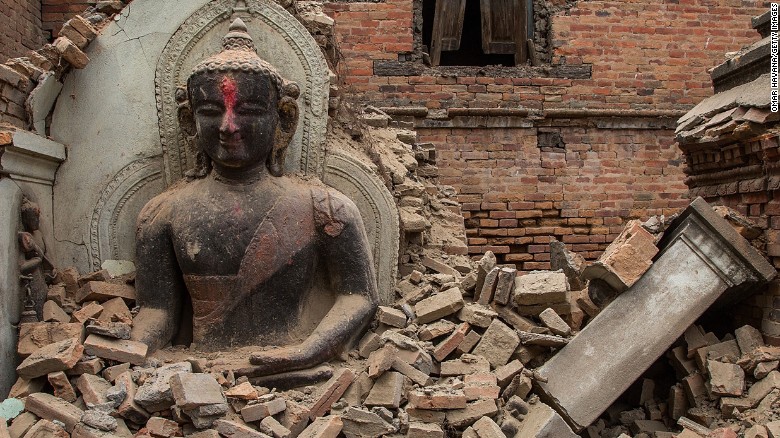 (Buddha smiled again, a scene from Nepal after earthquake)


History repeats itself, first as tragedy, then as farce, said Karl Marx in his views on 18th Brumaire of Napoleon Bonaparte. Earthquake is not history in itself though it creates history and changes the existing discourse of history in a given context of its occurrence. Though it does not repeat itself the way history does, the expressions of it in the form of news, pictures and videos in the age of facebook and twitter, make it look like history that repeats itself first as tragedy, then as farce. An extremely disturbing earthquake in Nepal which took the lives of approximately ten thousand people and rendered contemporary and traditional architecture and cities in mere rubbles should have remained a tragedy in the minds of the people who have witnessed the horrifying pictures from the ground zero. But somehow, Nepal tragedy has now crossed over to the realm of a farce, thanks to the social networking sites.

In 1992, when the first Gulf War took place, French theoretician, Jean Baudrillard argued that it was just a simulacrum, an illusion of war, created by the streaming of CNN images that primarily conveyed the scenes from the war front to the world. Pushing the limits of the logic of theories pertaining to simulacrum, Baudrillard had argued that the war could have been one waged purely in/for the television. We wished his argument was true though later events proved that it was not true. Baudrillard was extending what Walter Benjamin had left half way. Benjamin had talked about the ‘originality’ of a work of art in the age of mechanical reproduction. When an image could have had its identical reproduction, where one could locate the original one, was the issue that had set Benjamin thinking. Between Benjamin and Baudrillard we had the French Situationsit, Guy Debord, who spoke of a society of spectacle where ideas communicated not through words and images but through the meanings created out of images of the actual event. Today, in the case of Nepal tragedy, these three aspects seem to have to play in a big way in the social networking sites, rendering the actual tragedy into a farce. 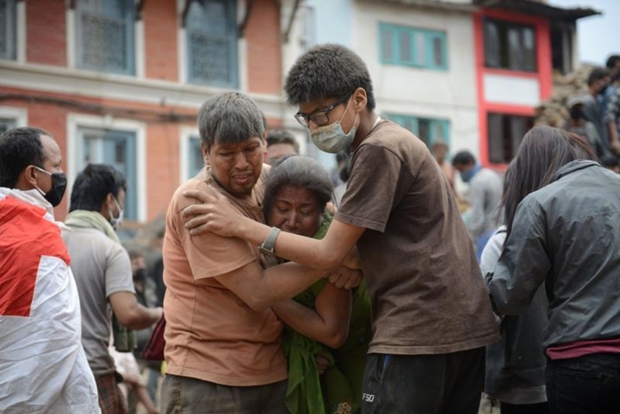 Unlike Baudrillard, I do believe that the Nepal tragedy has occurred and it has destroyed the landlocked country considerably. I believe it not just because I had felt the tremors but because I had also seen real people dying there through television and newspaper reporting. The sense of tragedy prevailed on the first and the second day through television reports and newspaper analysis of data and expert opinion. Then it started turning slowly into a farce. Reason is nothing but the overkill of the event through image sharing and politicizing of these images in the social networking sites. Images came from the people who were trapped, from the journalists, from NGO workers, army photographers, government servicemen who were pressed into service there not only from Nepal but also from other countries like India. Then soon came news and image reports from the foothills of Himalaya where international trekkers were killed due to the avalanches evoked by the tremors.

If Baudrillard was right here, if one had thought so a couple of days after the tragedy nothing could have been said to counter him. Had the tragedy really happened? Or is it a series of images transmitted through the social networking sites, where the actual tragedy looked like an event enacted for the pleasure of cameras. Visuals came as authentic comparisons between the places before the earthquake and after it. Beautiful shrines are destroyed completely and the comparisons have been good enough to shake someone up completely without real tremors. Cities have been razed, roads have been ripped apart, buildings have been cracked and tilted, and thousands of people have been caught within the rubbles. Following these there were simulations and self referential photographs. Benjamin’s theory of challenged authenticity became true not because there have been identical pictures reproduced for convenience but pictures that looked identical from other geographical locations were used for enhancing the tragedy in Nepal. A video footage from Syria was used by some networkers and also a picture from a Bangladesh building collapse was used to highlight the romance of death through certain amount of poetic justice; let even death not do us apart. Nobody dared to ask a disturbing question whether it was a husband hugging a wife or a molester taking advantage of the situation and got killed as heavens came tumbling down in pieces of brick and mortar. 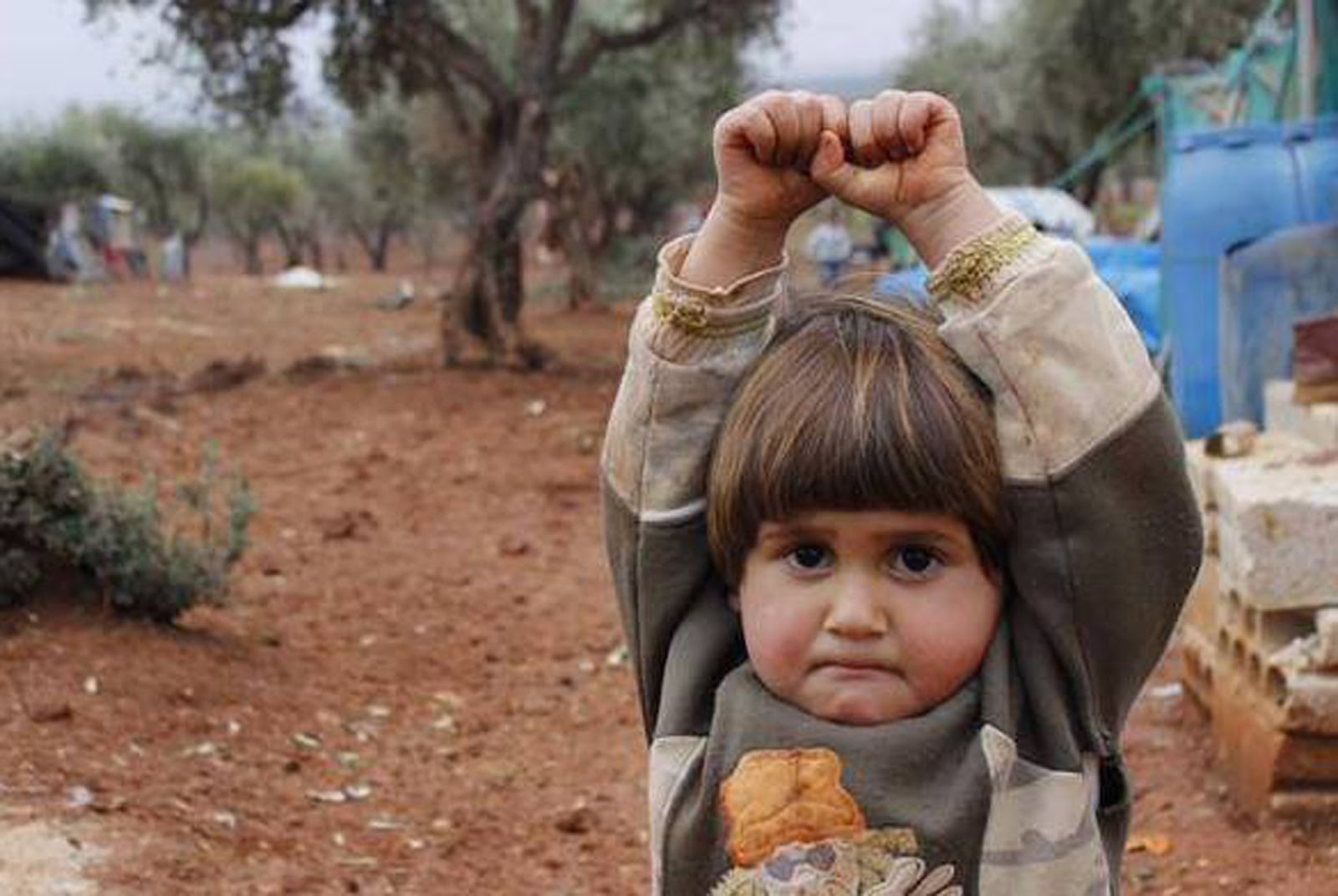 (The Syrian child who took a camera for gun)

In Nepal we also saw how Benjamin was overtaken by Guy Debord, who proposed the idea of a spectacular society where relationship between images created meaning rather than the images or the actual events did the same. The meanings thus created are displaced from the actual truth of the events as two images could be taken from two different angles of the same event and also could convey a different meaning as seen from those perspectives. This is still a legitimate point. But what about those meanings created by the images and their mutual relationship; that means two disparate images could correspond to each other and create a new reality. In the overkill of Nepal images we saw such an onslaught of meanings as different images from different sites created a new reality/truth/meaning enhancing the magnitude of the tragedy helping the feature writers go for another overkill of the same with words. Unfortunately this happened with the misreading of some journalists of the places as seen from the helicopter of the Prime Minister of India, and dubbing them as Dalit villages. Now, we are even forced to doubt the veracity of that image of the PM sitting inside an aircraft. The most interesting thing, at the same time pathetic and curiously stereotypical but passed off as poignant considering the gravity of the situation is the images that look like images that we have seen elsewhere. Recently, a small child from Hama in Syria ‘surrendered’ to a cameraman when he trained the camera at her thinking that it was a solider pointing a gun at her. It was a poignant picture that raised a lot of hue and cry and also interest in both the child and the photographer, circulated widely in the facebook and twitter. Alas, in the Nepal pictures too one could see a series of pictures of children folding hands before cameras seeking help from the sympathetic world secure out there. This was an outright stereotyping of the innocence of kids forcefully made to pose so because there was the famous ‘Syrian’ girl as a frame of reference for the hopelessly unimaginative press photographers (at least some of them). 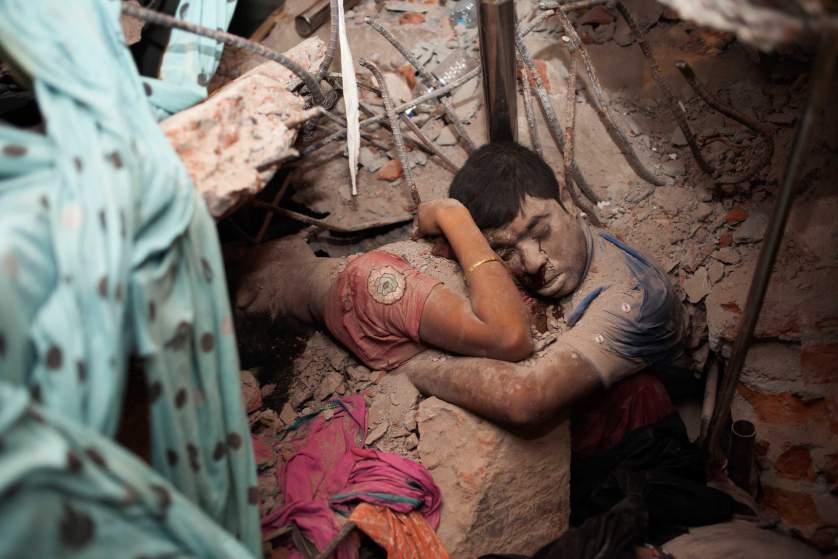 Forget the theoreticians; the information overkill done by us in our social networking sites itself made the tragedy a farce making a lot of people lose interest in the whole event and leaving the people there to their own devices because we cannot do anything and retiring ourselves into some sort of fatalism. People were pathetic in politicizing the help that our country, India was extending to the ill fated people in Nepal. While the nationalists applauded that the RSS people were going in batches to help the victims in Nepal, most of the newspapers and news channels without showing any sort of journalistic discretion wrote that Mr.Modi led the rescue operations from the front like a commander in chief in a war situation, elevating Modi into a sort of Sylvester Stallone in his First Blood series. We politicized the deaths, help and even the number of army jawans who went there to help the victims of the calamity. It was another war won against the enemies boosting the sagging muscles of our nationalism. Where was Nepal in the whole deal?  In 2004,when Tsunami hit the eastern, southern and western coasts of India, people were imagining the magnitude of the tragedy as social networking sites were not so proliferated in those days. Images came in through television and newspapers, and much later those mammoth waves through youtube videos. Between the tragedy and the image overkill there was enough time to emotionally absorb and logically negotiate the tragedy. In 2001, Bhuj, people waited for televisions and newspapers to talk. Today, Nepal is rendered helpless not only by the devastating earthquake but also by the image and information overkill done via social networking sites. Tragedies are turned into farces quicker than we think.
Posted by JohnyML at 9:22 PM