My Tryst with Hair Dyes and Mairu Complex 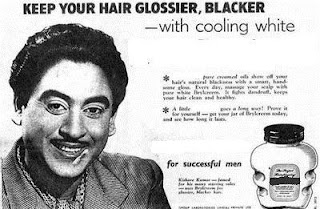 Those who dye their hair, forgive me, for which I do not hold you in bad light. This piece of writing is to see how my reluctance to dye my hair is seen in public, interpreted and at times judged. I had my own oops moments as far as dyeing of hair is concerned. Once, in Delhi, at the Lalit Kala Akademy premises I was standing with a well known novelist from Kerala whose novels had once ignited our youthful affection for anarchy. Reading his novels, many had left home to the shores of Haridwar and those who were already living in Delhi had attempted to see the life around in a new light. The power of his writing was so infectious that we all used to think us as souls having wings of dragonflies and body of French ghosts.

There at the Akademy, he was standing before me, against the sun and its weak rays were passing through his mop. I found a violent tint in his semi dark hair which had once set the hairstyle trend of Mallu rebels inclined to consuming anything that was a contraband, including literature and drugs. Foolish I was and naïve to the ways of the world, I blurted out a question that in the coming days would give me goose pimples of embarrassment. I asked him in all my innocence, why his hair was violent. For a moment he was startled and his human reflex took his right hand over his head to see whether everything was right over there. I repeated the question and he smiled as if he knew what I was asking. He must have obviously taken it for my arrogance and impudence but being a soft spoken person he answered me something through a wry smile. Later in the evening, someone informed me that the hair color was caused by the fading hair dye. Sense dawned upon me at that dusk but it was too late. The novelist had vanished and I wanted to apologize to him. 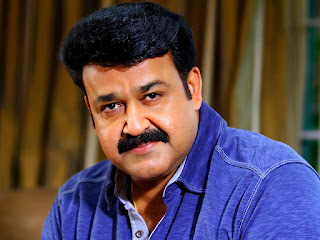 The story of hair dyes starts at home. It was long back when my father was around the same age as I am today. He had a thick moustache and fast receding hair line. His mop was dark and moustache white. It was a daily ritual for him to blacken his moustache with an eyebrow liner pencil. Standing before a mirror, he did this ritual religiously to his satisfaction. This transformation of a white moustache into black was an interesting metamorphosis and generally we children take our parents’ transformations quite naturally. The only hair dye that I used to know then was having the same brand name as the almirah we had. I saw that in many other products including the refrigerator, an enviable luxury that always one of the rich families possessed in the village. We used to go to these houses to collect ice cubes and those household people generously distributed ice cubes to such curious school kids. I think it is the only brand still holding the attention of the consumers when it comes to hair dyes.

My father lost patience with his moustache and life as a whole and departed when I was hardly fifteen. Ever since my contacts with the grown up men were deliberately kept in minimum and those intimate friendships that I had with those elder men made me believe that men had black moustaches and black hair. My knowledge of hair dyes was limited to the eyebrow pencils. Then slowly I grew up. I was concerned about my falling hair when I was in my late teens. Each time, when I saw a few strands of hair stuck on to the oil stained towel, my heart sank to the unfathomable depths and from there looking up I could see only a noose hanging from the roof. I knew that hair fall could cause suicidal tendencies in men than pimples do to young girls in their teens and later. Then as the thoughts of revolution and love overpowered me in due course of time my obsession with hair, hair falling and hair colors was kept on the back burner only to simmer up and down in some lonely moments when you existentially entered in the twilight zones between a frivolous life and a future life with an assumed mission. Hair was one of the deciding factors in those moments. A philosophical blurting out of the word ‘mairu’ (literally meaning a strand of hair but gloriously said as an expletive in Malayalam) helped in easing out things and you once again became a normal human being who wrote poems and love letters for imaginary girls. 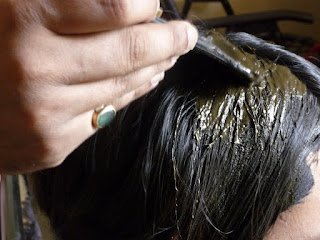 Today, when I go out to meet people as a part of my party work, some of the people whom I meet recognize me and exclaim how I have grown old. As my partner says, age is a number. But it is not necessary that people know that maxim and measure up others by that scale. They count the age not in numbers but by the change in the color of your facial hair. It looks like they feel a secret satisfaction when they see me with a lot of white hair. To my surprise I see most of them with dark and thick hair. If something has changed in them it is just their coarseness caused by village life (despite the riches they have already amassed) and the horizontal expansion of their body mass. Those who do not recognize me, often young women and men, call me uncle and I look around to see whether it is aimed at me or not. One of my fellow party workers has a full white beard and mop and another one whose age is sixty plus, has thick shiny black hair on his head and a beautifully crafted and painted moustache above his lips. It is not fair to call him uncle as an eligible guy like me stands right in front of them.

I was the happiest man when I noticed my first white hair. The perennial need to grow up and gain respectability in the field of art and journalism must have been the reasons for seeing some white hairs in my head and moustache. The first one I noticed was on a Holi Day in Delhi. The exact year was 1998. I was 29 years old then. While I was closely inspecting my hair after a colorful festival, I chanced upon one single strand of hair that had gone white. My happiness knew no boundaries. One of my artist friends was with me and I proudly declared my coming of age. He smiled at me. The white one was there above my left ear and I immediately looked for a similar on above the right ear. Being an art critic and historian, symmetry was a perpetual concern. Upon seeing one there too I heaved a sigh of relief. That was my first tryst with white hairs. Then it grew rapidly and they say stress causes a lot of hair loss and color loss. That cannot be really true. People who are having really stressful lives sport good hair. And people with no stress go really bald all over. It could be genetic and chemically induced. Whatever be the case, white turning of my hair had given me a great reason to celebrate. My moustache turned white in a funny way that friends started calling me a ‘seal’; that sea animal which has got some white hair hanging over its mouth. Today I believe my hair has gone white evenly. 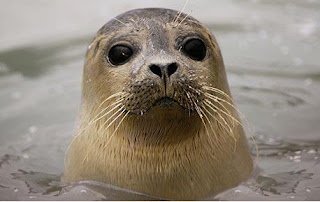 I do not use any dye. I love my white hair. Some people say white hair is very sexy. It is not just white hair that turns them on; it is real salt and pepper, the right mix of black and white. I do not believe so. There could be people having turn ons on white hair, black hair, no hair, sparse hair and so on. The world has different tastes. But somehow people today have started believing in black hair. They all have attached their health and wealth with black and thick hair and facial hair. Thanks to improved life style and chemically supported life patterns people look younger than the previous generations. Sixty is the new forty, they say. It is true to an extent as we see all fifty plus men romancing twenty something lasses in popular films. Men do not age these days as they too are addicted to youth enhancing products. Women also do not age these days as they depend too much on the same. Healthy life styles and conscious image building keep many people perpetually young. Well known film stars who have gone old by the age of forty do not look bald a day. They all have used expensive technology to grow their hair back and black. Baldness and white hair have become a thing of past. And if someone insists on these two, either they must be idealists or misers. Only problem with artificial hair is that you cannot have hair raising experiences as they do not respond to emotions; they respond to caring. Having artificial hair must be like having sex with a sex toy; it gives a similar effect but no feel; something similar to the experience of a dog  tearing off a pillow, in absolute concentration and joy.

Of late many have started addressing me the way they address an elderly person, which often surprises me as my body image is different in my mind. I think I am still young looking and the mind has not yet absorbed the body image I have at present. Surprise gives way to acceptance the way tragedy composes a person into the tune of calmness. Recently, while I was travelling by a bus and was looking at the whatsapp messages, a school boy passed by to the next seat was heard exclaiming that this uncle is also using whatsapp. I wanted to retort but I smiled into my phone. The other day I was standing in front of a restaurant and was taking a selfie. I heard some girls and boys and giggling and saying, ‘Uncle, super’. It is still an ageist and sexist world. But it’s okay. The only satisfaction that I have in the world of hair dyes and wigs is this: At least I am truthful to my mairu.
Posted by JohnyML at 9:17 AM

I call them aunty n also tell them that I normally do in a day what they maybe do in a year so they will be a satisfied aunty. .u know what I mean. .. If someone still tries to be a smart ass I will tell them I am not joking n can show them the chi videos in my mobile ...Of course I do it because I am super man,sex god n immortal. ..n what they say hardly effects me n I just do it to put them down if they call me uncle as I am not their relative n they don't know who I am ....Sir is fine for me but people don't want to address someone as sir