T.M.Krishna Needs the Dalit Musicians, Not the Other Way Round 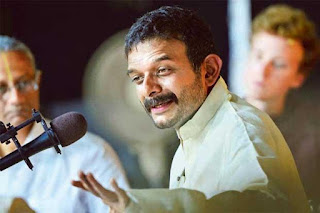 Parai dance and Paraikkoottu are subaltern dance-music cultures from/in Tamil Nadu. Subaltern is a very academic word. To make it more straight, let me say, they are the Dalit percussion and dance forms, sometimes played in the occasions of death. T.M.Krishna, the Magsaysay award winning musician, in his book titled ‘Reshaping Art’ quotes Deepan, a Parai dancer: “The reason we perform during death is simple. If a human being does not dance listening to the sound of the Parai, then we can confirm that he is dead.” I am fascinated by this statement. This book published by Aleph in its spotlight series at once a good read and a problem in itself. 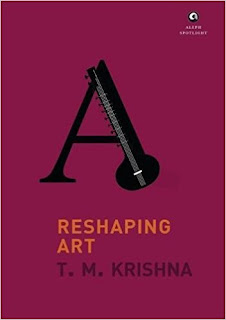 This book is problematic because of the author himself. Hailing from the Brahmin community, after excelling in the technicalities and nuances of Karnatic music, and even after gaining considerable number of rasikas for himself, T.M.Krishna decided to chuck it all. Slowly and steadily he realized how Karnatic music had become an exclusive caste-ist and classist genre where the paraphernalia of its teaching, learning, practicing and performing is fixed around a dominant religion, its upper caste value systems. Krishna explores the history of Indian dance and music which are hailed to be classical these days and says how these genres had to fight with the western art forms to gain legitimacy as classical forms. In the course of such authentication, these forms demoted some original forms and styles as vulgar and made the performative spaces sanitized of subaltern/Dalit music and dance forms. 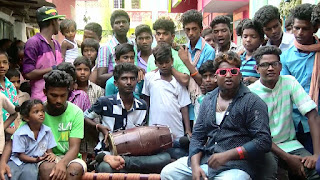 T.M.Krishna made waves in the elite music scenario of Chennai which is the high seat Karnatic music as he decided to take his performance to the sea beach where his audience where random people from the fisher folk and the curious onlookers who generally did not attended music concerts of ‘this kind’. The aversion of the audience slowly turned into curiosity, then to engagement and later into participation. Today T.M.Krishna is a champion of the idea of democratising music and dance and to this end he even barges into the public transports with his team and performs kacheris. He also works with NGOs working in slums and performs for the slum audience and also has initiated ‘poramboke music’, music from the left over places/spaces. 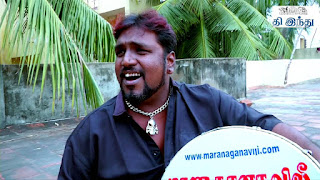 (Marana Gana Viji, one who sings of death)

Krishna means well and he tries to puts it across well but often he climbs up on the high horse of preaching about the sublimating side of art. Though he debates the word spiritual and spirituality in the book, the language slowly climbs up to the abstraction that stands close with the classical understanding about classical arts. Krishna knows one thing that even if he is a pioneer in breaking the barriers from the up to include the ones from the other side of the fence, the ones who work from the other side of the classical line of art and music do not need Krishna’s mediation. Tamil Nadu has this rich tradition of folk and subaltern/Dalit/Adivasi music and dance traditions and with or without Krishna’s intervention these will survive especially in a situation where Dalit discourse is gaining traction and parlance among a larger audience. 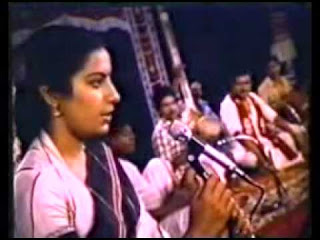 While discussing this aspect of the varieties of musical performances, Krishna feels the heat and he is anxious about the fact that his interventions may go redundant sooner than later. So he warns the practitioners that the popular culture is out there to incorporate or co-opt these subaltern musical and dance experiments for commercial purposes leaving the masters of subaltern music high and dry. The fact is that it has already been done and it has been going on for quite some time. It was Ilayaraja who in early 1980s brought in the subaltern sounds and music into the mainstream Tamil film industry but value addition that he did was the smooth camouflaging of those music styles with the dominant Karnatic styles. But Ilayaraja has always been unapologetic about his heavy borrowing from the folk traditions. In a film called Sindhu Bhairavi (1985) by veteran director K.Balachandar, there is a sequence where the protagonist who is a Karnatic musician is asked to sing in local music style by one of the female audience. Ruffled by the demand he mockingly asks her to sing it and prove whether lofty ideas could be sung in local music. She sings. That song brought National Award for Chithra. Krishna has not minded this fact. 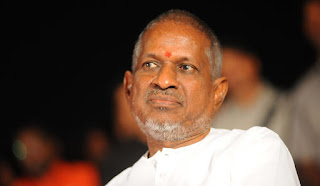 If you follow the episodes written by Krishna you would come to know that it is Krishna like a missionary going around and attending the Gana performances, Koottu performances and parai performances. The practitioners of it don’t come seeking Krishna’s interventions. If you look at the number of Gana singers in Tamil Nadu, you would come to know that many of them are much more popular and influential than Krishna himself. But mind you; they are dark skinned hip hoppers who do not articulate themselves in English. Listen to the Gana music of Marana Gana Viji, Gana Sudhakar, Gana Michel and so on, you would come to know that Krishna is a nobody to preach them and in a way ‘include’ them. The reality is, they just don’t want. But Krishna tries his best. If you look at the Tamil film industry, the major fast numbers that have become cult songs are taken from Gana styles and Parai style or Koottu style. Aalumma Dolumma of Ajith, Anjele of Surya, Varuthapedathe Vaaliba Sangham of Sivakarthikeyan, Mari of Danush and so on come directly from Gana base. D.Imman, the new music sensation of Tamil film industry picks up his songs from the street, I say. 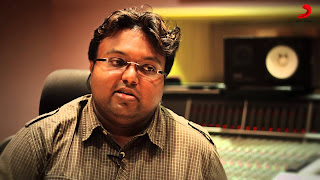 Krishna feels the heat of being rendered redundant by his ilk with the arrival of Dalit music. In such situation he can do nothing but join the subaltern force. In the early 20th century in Kerala there was a social movement called ‘To make the Namboothiris human beings’, which meant Making Brahmins into human beings. The Brahmins where ill treating their women almost confining them into homes and rendering them as sex slaves. The rebellious Brahmin youth wanted the things to change. So they made several efforts to change the discrepancies in customs and rituals so that humanitarian revolutions could be effected within the community. To certain extent they had won it through theatre activities. What Krishna has to do today is to go back to his Brahmin origin and try to change the thing there. That means, there is a huge need for him to fight within the community than seeking allegiance of Dalit musicians to push his idealistic views on inclusive music. Krishna tries a very done to death rebellion; taking Karnatic music to sea shore villages and into the public transport system. Of late he has also started singing the poems of Perumal Murugan. I feel that he is just cashing in on the popularity of Perumal Murugan’s literary life and the controversies around it. Tomorrow he would sing a chapter from Arundhati Roy’s essays or novels. Or he would sing a chapter from Das Capital in Karnatic style. But what difference would it make? It remains in the Karnatic style. To change the content you need to change the form also. Filling in content in a given form was the early modernist tradition where the poets filled the poetic forms with erotic content. When the real modernists and progressives came in, they facilitated changes in ‘form’ also. Sad thing is Krishna could never become Gana Micheal. He can be T.M.Krishna only. There is a latent book inside this book because someone from the other end of the spectrum also should write a book on how they see Krishna’s Karnatic music at slums and in buses. Gayatri Chakravarty Spivak asked, can the subaltern speak. I say, of course, not only they can speak, they can sing too. They would say, please, Krishna, mind your business.