An Artist’s Life that You Need to Know 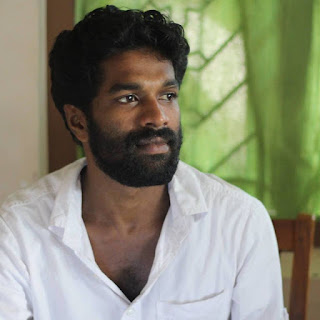 Perhaps he does not want this story to be told by me. But a writer is always on the edge; he has to say. Writing is life and death rolled into one; one saves the other. I believe artists have a life after death and I also believe that artists have only a life after death. While living they are in the process of dying. Some are in perpetual confinement, unable to perform their best for they have already done their worst. Some get dragged into performing the worst. They get confined for life. Luck saves them, perhaps education. Judges are not always cruel. They let the artists sing a song, draw portrait or do a jig and once impressed let them go. By the time they are out of their prison rooms, times would have flown by. Looking at the mirror they find their facial hairs grown thick, voice roughened, palm calloused and mind hardened. Some may die many deaths at that moment itself. But some may see that smiling face, that innocent face just before committing that perennial error and decide to live a new life.

That is the life of MS Sudhilal put in nutshell. Yesterday when I posted his picture with me I said that he had a story to tell. I had demanded that the top art faculties in the country should invite him to be a post graduate student. I thought of recounting his story to which I am privy partially, at a later stage. The story is so compulsive that today I itself I put into words. His story goes like this: 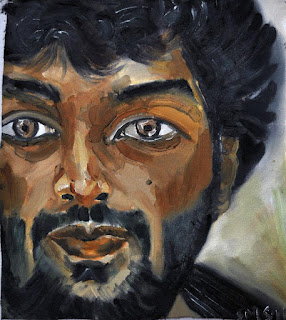 He is MS Sudhilal. He hails from Kannur. His parents do respectable government service. He has got a younger brother. When he came to study in Trivandrum Fine Arts College sometime in 2006, he was all eighteen years old. Shy and hesitant, he remained a silent student, picking up the lessons from the preparatory classes that stressed more on artistic craft and tried to learn the ways of the city. Trivandrum Fine Arts College, for the students coming from the Malabar region is as strange and good as Delhi or Baroda, perhaps more rigorous and challenging. They enter the gate of the college as obedient youngsters and come out as rebellious artists. That has been the history of it; but over a period of time it too has changed. Change is perhaps fundamental to all changes.

Sudhilal spent his days trying his hands on drawing and clay modeling and so on. And it was time for him to go for the vacation during the Onam days. How happy he was to get back to his home. Something was however brewing in the cauldrons of time. Sudhilal’s father had a tiff with some youngsters in the neighborhood. Those were festival days and some were tippling hard. Started off as a mere teasing the tiff reached a physical assault. Things were settled for the day. But at night the guys came prepared. They came home knocking violently at the door with clear intention to kill. They assaulted Sudhilal’s father before his eyes. He responded as any self respecting and father loving son would respond. He did not know that he had so much of power in him; the power of his love for his father, the power of his righteousness and the power of his morality. 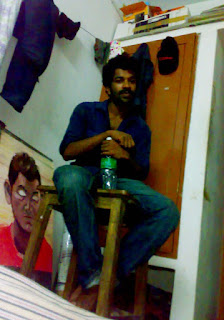 Sudhilal counter attacked the boys. In the meanwhile, his father stabbed one of them. He died two weeks later in hospital. Both father and son were accused with murder and assault. When the case came to the court both of them were sentenced for life. Pleas went thick, high and far. The judge took pity to the young boy and allowed him to continue with his studies. Sudhilal came to Fine Arts College in Trivandrum now as a jail bird. Many did not know. He kept to himself. Prof. Ajayakumar was the Principal then. He invited me to give a seminar there. “Your speech gave me confidence and the fundamentals about art. It reassured me to continue with my studies,” Sudhilal said. He was coming against me as I got down from a state transport bus. I did not know who he was. He extended his hand towards me. I could see the smile in his eyes and the benevolence in his face. Some kind of relationship that lives through ages and lives. I held my hand out and held his for a long time.

The sun was throwing fire balls on our heads. There was no shade to move into. But the heat of the moment could beat the heat of the sun. It was soothing and transcending at once. I took him for another young facebook friend, which he was. But then he spoke with the smile on his eyes and lips and said the above words. As he said he finished his BFA from this college I just asked him what he was going to do next. He said, a post graduation. He asked about Delhi College/s. I said Baroda, Santiniketan and Hyderabad are better. Perhaps I am biased. Then suddenly he said he was not working for a long time. How long, I asked. Till October 2018. Goodness. What were you doing all these days? I was in jail. I was not shocked but I felt a lot of love for him. He narrated his story. We had forgotten that the sun was screaming at us to move. I felt more love and care for him. I told him that he did the right thing. His father had done the right thing. Sometimes killing someone looks so just. It was happening at that moment. 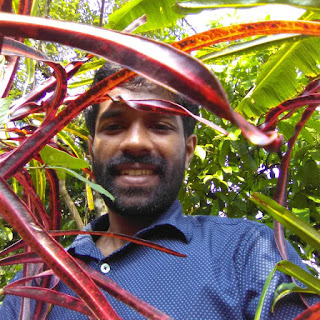 I am thirty now, Sudhilal said. ‘But that is not a problem in our field, no?’ he asked me. I touched his shoulder and said, ‘No, you are much better equipped to study art than many already in the art schools.’ Yes, he said. I asked him whether he was still traumatic about the whole thing. He said he had reconciled with the past and he has developed spiritual inclinations. I said, ‘do not opt that spiritualism that makes you alien to people.’ No sir, he said. I am in that spiritualism where I feel a lot for the people around me. It was the right time for me to ask whether the guys who had assaulted him and his father still around. They are still around, said Sudhilal. But they too have now learned their lessons. Sudhilal’s father is in the open jail still serving his life sentence. The family has learned to live in truth and reality. I asked him to send me his images. ‘I have not painted for long. And whatever I had done don’t look pretty now. I am going to start now,’ Sudhilal said.

At that moment I knew that I did not need to see his works done so far. What I want to see are the works that would come out from him now onwards. He has an exceptional life experience. I had asked him whether he tried to do painting in the jail. He said he couldn’t. He was just trying to adjust his life there still appalled at the turn of events. Sudhilal needs to study. Upon hearing his story a friend of mine spoke out the names like ‘Caravaggio’ and ‘Jean Genet’, who had crime and prison terms. Goa’s painter Norman Tagore was once implicated of a crime that he had not done and had to undergo prison term. Today Chintan Upadhyay is in jail for a crime which only he knows whether he was a party or not. Here is a young man shining like a sun after going through the fire test. He needs a post graduation, a career and life. If Indian art institutions cannot give him that who else would?