Ramayan Serial: Rethinking it through Nostalgia and Ideology 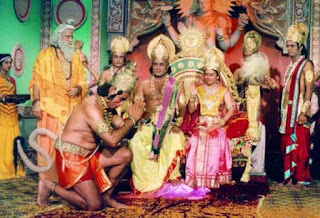 It was in 1987 that we bought a television at home. I was doing my undergraduate course in English literature. ONIDA (neighbor’s envy owner’s pride), Dianora and BPL had already ushered flat screen television sets. However, the latest technology had little influence on me for I wanted a television set that looked like a television set; the picture tube eating up the major portion of the box and a side panel with switches and knobs. The salesman in a television showroom in Trivandrum tried to hammer some sense into my romantically stubborn head in vain. I wanted a television set that looked like a television set. The flat screen television set with anti-glare glass for added value did not turn me on. I was hooked to the conventional one and I found my heart’s choice in a Keltron Television set. Oh my Keltron; acronym for Kerala Electronics that had pushed its brand into the national market not as a television maker but as a maker of traffic lights. With indigenous technology of traffic light in hand Keltron remained unchallenged in the market for a very long time; today I do not know what is its condition though I live somewhere next to its headquarters in Trivandrum. 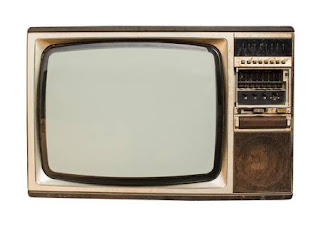 On the first day of its installation itself, by two sober looking young men with their resin bags bulging to burst with different kinds of tools (I remember the important one was a soldering iron and a set of screw drivers that dismantled the set into various pieces), the reception had gone into trouble and I had to run up and down the terrace to adjust the antenna towards the right direction. What a feeling it was to see the picture tube coming to life for some time with grains (it was raining in Kudappanakkunnu, the DD station, as we commented jokingly) and later with moving pictures gliding, swirling, folding, shaking, shivering for some more time to settle finally into some comprehensible scenes. Breaking down of the television set (why did you buy Keltron, you should have gone for the ONIDA is the general refrain) and when the television set fit like a fiddle, breaking down of the transmission itself (thadassam in Malayalam and Rukawat ke liye khed hai in Hindi) were a common feature and we learned to live with the vagaries of the television almighty. 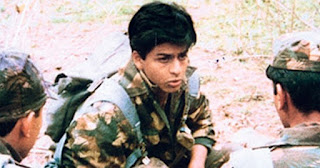 Then came the Mother of all Television programs; Ramayan by Ramanand Sagar. Till then our staples were a Hindi movie on Wednesdays and Chitrahaar on Thursdays, Startrekk, He Man and the Masters of the Universe, Chithrageetham and some Malayalam movies. One good thing about watching Malayalam movies (often tear jerkers and sentimental love stories) was that the lovers separated by space (one in a village and another in a city) could watch it at the same time imagining that we were in the same room, heaving the same sighs and shedding the same tears. Yes, we also had Intezzar and Fauji that launched Shah Rukh Khan as the fast talking Abhimanyu Rai, the young soldier. Benjamin Gilani, Ajit Vachani, Kavita Chowdhury (Udaan), Vikran Gokhale, Pallavi Joshi and so on were our favorite stars. While Shammi Kapoor set the television into fire, Renuka Shahane and Sidharth Kakk told us about the culture of India. Dr.Narottam Puri discussed sports and Prof.Yashpal taught us Sunday science. Prannoy Roy had just launched his World this Week series. Miandad, Roger Binny, Kapil Dev, Gavaskar, David Boon, Narendra Hirvani, Viv Richards, Patric More and so on were playing cricket. John MacEnroe, Martina Navratolva, Gabriela Sabatini, Steffi Graff, Boris Becker were playing at Wimbledon. Sergie Boobka was pole vaulting and Mats Biondi was swimming. Ben Johnson had been just stripped off of his 100 meter record and Carl Lewis was still running. Then Ramayan happened and it was a different world then altogether. 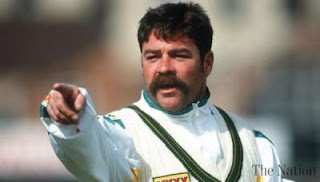 Ramayan changed the topography of India. It reunited India in the line of a common imagination called Ramayan, the cultural saga that ran through the veins of India’s collective memory. Arun Govil became Rama incarnated and Dipika Chikhalia was unparalleled in her Sita avtar. Wrestler Dhara Singh got a second life through his Hanuman and many others got their second lease of acting life with Ramayan. But who cared about the other actors? Rama, Sita, Laxman, Hanuman and Ravan had filled the imagination of the people. For Ramanand Sagar it was not a difficult thing to make a series like that. There was no foregrounding to the story needed; the audience was already into narrative of Ramayan through its various incarnations and version in various parts of the country. Sagar based his work on Tulsidas Ramayan which in fact had forwarded a Maryada Purushottam Ram, a flawless king who was neither defeated by any nor doubted by his people or his wife herself despite his desertion at some point. It was a clean narrative and people suddenly found an anchor to their lives; no other work of visual narrative had held the nation in thrall like that before; Sholay had but it had the overtones of Ramayan. The secularization of Sholay’s narrative was good for the post –independent India where the good and bad were at loggerheads and the Hindu and Muslim were still finding their co-existence under the benevolent landlords who by hook or crook would take revenge on the wrong doers. Veeru and Vijai were perfect Ram-Laxman combination. 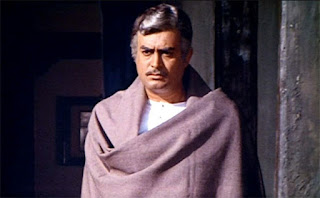 (Sanjay Kumar as Thakur in Sholay)

Ramayan’s success re-wrote the urban as well as rural life and its organizations. People looked forward to Sunday mornings with a new set of rituals and none moved when the serial was on. If there was a power failure there would have been a riot. A secular country overworked to keep things smooth for the transmission of an epic which had religious ramifications. But nobody was looking at the Hindutva side of it as it unraveled the cathartic plights of Rama and Sita. However, the narrative definitely worked for consolidating the Hindu sentiments in the country. Ravan was no Muslim invader but finding a common enemy in a narrative was something that the fledgling Hindutva forces wanted at that time. The success of Ramayan soon brought B.R.Chopra into action who in the following year (1988) launched his Mahabharat serial that further became the rallying point of Hindutva ideology. People with tender feeling rekindled for the ‘sanatan’ values by the serials were game for establishing a Hindu India or rather they could have been easily cajoled into the epic narratives that had taken political meanings sooner than later. Demolishing Babri Masjid on 6th December 1992 was just three years away and as in Sholay the Takur said, the Hindu leaders could say, ‘loha garam hai maardo hatoda’. The ground was prepared it was just a question of time that the Masjid fell. 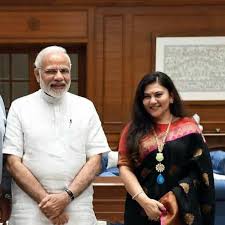 (Dipika Chikhalia who acted as Sita in Ramayan serial with Mr.Narendra Modi)

I was not too fond of Ramayan. I used to take my red BSA cycle and used to ride around the village which was almost deserted during those hours. During Mahabharat times I was already moved to the city leaving the village home locked, and the same BSA cycle was my companion in the city roads on those Sundays, lying absolutely empty. They used to look like the Corona locked down days today. The city looked like George Di Chirico’s surreal paintings. I could touch my shadow for it was so thick in its loneliness and I used to enjoy that aloneness tremendously. I got much of the Ramayan and Mahabharat details from the film magazines (I was a subscriber of the film news weekly paper called Screen, published by the Indian Express). The politics of Ramayan had intrigued me though I could not put my fingers right into the eye of it. I remember writing a critique of Ramayan and sending it to the then famous cultural weekly Kalakaumudi edited by S.Jayachandran Nair only to get it back in the return mail. I still do not know whether it was the immature arguments that caused the rejection or the absolute anonymity of the author (almost a decade later I worked under the same editor as a special correspondent from Delhi). 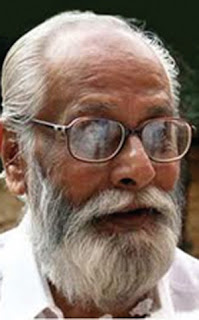 (S.Jayachandran Nair, one of the prominent magazine editors in India)

Now it is said that Ramayan is in for a re-telecast through the same government interface. Interestingly, with the arrival of competitive private channels, both Ramayan and Mahabharat got remade and re-televised using new anchors and new gen actors only find no place in the minds of the audience. They got widely dubbed into various regional languages which became a time pass than some serious stuff that could engage the audience the way their pioneering tele versions had done a decade and half back. The re-telecast of the original Ramayan serial is said to be to fill the vacant times of the people who are caught in their homes with nothing much to do due to the corona lock down. But the suggestion is ominous, at least it looks like that to me for the right wing government at the center has lost a polarizing narrative with the relentless Anti –CAA protests followed by the quite unexpected historical and fateful leveler, Covid 19. An empty mind is a Devil’s workshop, so goes the adage. Ramayan serial is given to empty minds where Ramayan could do some Devil’s job; instead of elevating the minds of the people to embrace the world with a new vigor and perspective it could make people sectarian in the worst way possible by providing some ether moments to think about an all Hindu country where an imaginary Ram could rule once again and bring prosperity and patriarchy with added strength. It could be detrimental to the post-Corona mindset of the Indians, while the whole world is debating the possible ways of rechanneling the life energy in the post-catastrophe scenario. It can’t be religious by all means necessary, but India government thinks that it could be religious in many ways for their nefarious political ends. I cross my fingers and wait to see what people would make out of it. Watching a serial for the sake of nostalgia is one thing and for conscious ideological deliberation is another thing altogether. Still we need to see how many us have the mind to spend an hour with that when there are more pressing matters to deal with or interesting things to engage with elsewhere in the smartphones.

Nice read. Thank you.
But are you not overthinking it? Ramayan/Mahabharat caused the resurgence of BJP?