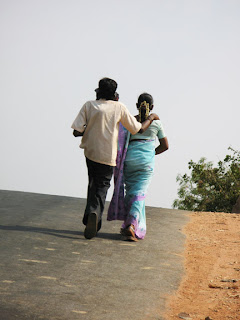 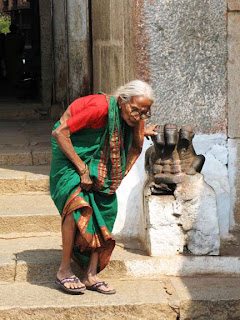 Some photographic images stay in your mind forever. Family albums are unforgettable events. Yes, I say, family albums are ‘events’. They capture the deepest memories of life events and store it for the posterity. But there are some other images, which are out of the family albums that travel along with you in life. They could be from some books, from some newspapers or from some cursory references. I remember the image of Kim Phuk, the Vietnamese girl, running nude with her skin peeling off after the Napalm bomb attack. I remember the young man receiving a bullet at his temple from a fellow Vietnamese man. I remember the three men in their Sunday best, a picture referred by John Berger. I remember the dark long penis of a black man, jutting out from his pants, a picture taken by Robert Mapplethorpe. I remember a photoshopped image of a vagina wall- I don’t know whether it is a work of art or the outcome of a perverse genius’ work, later found its due place in the virtual world. Images haunt you, stalk you, titillate you and at times they make you to think about the beauty of life.

I was sitting with my artist friend, Deepak Tandon on a cold evening. He is an abstract artist who debates abstraction as a ‘linguistic structure’. He loves traveling and taking photographs. Of late he has started doing video works also. I like to spend time with Deepak because his interests do not simply limited to abstract art. He loves life, likes to have a few pegs of rum with close friends and also takes a special interest in seeing the works of young artists. He does workshops for children and his philosophy is simple: “You give the children the best equipment you have and show them how to use it. They would give you wonderful results.” I love that idea because I too have observed one thing, if you use any equipment with responsibility before children, they too would handle the same equipment with responsibility. If you warn them, be sure, they are going to break it.

Discussing general aspects of life took us to the topic of traveling. I have never been a serious traveler. But life has taken me to several places. Now I am at a point in my life, where I feel that it is necessary to go out to see people and places, not in foreign shores, but here very much in India. I was just mentioning this idea of a road trip (of course I don’t belong to the generation of Jack Kerouac) planned to start by mid-February 2009 with artist friend, Somu Desai and photographer friend, Feroze Babu, who gives me technical assistance in doing www.artconcerns.com. Then Deepak told me about his road trip with a friend, two years back. In 2007 March, Deepak took his SUV, Scorpio and hit the road. For almost a month he drove around in India, mostly clicking photographs. He expressed his interest to join our road trip also.

I was interested to see the photographs that Deepak took when he was on road. He kindly opened the computers folders for me. There are a number of pictures in this collection, some of which Deepak has worked on according to his fancy, but keeping the raw image intact. These photographs reveal the beauty of India, not seen through exotic eyes. What attracts me in this suite of photographs is the beauty of people, the real Indian people. They are not stereotypes and these people have a story and the places have a story. They are not just frozen in time. They move the time, they activate the time and they tell us about a country, which we fail to see in our life time!

Deepak seems to have fallen in love with ‘this’ lady. I don’t present the picture of that ‘lady’ here, but I would like to say a few words about her. She is not a she! But she is a eunuch. She is not a part of any gay movement or hijra group. She ‘mothers’ three children. Look at her dress; Deepak says her shirt is of her brother-in-law and the skirt is of her sister. Both of them died in some calamity. She wears their clothes as a memorial and she mothers these kids and the youngest child calls her ‘mother’. She is bold and beautiful. Deepak, obviously is in awe of her personality. The photographs tell the tale of his admiration. Another picture is from a village near Aurangabad. In this village no house has got a door. There is no concept of door there! People live in trust. I remember the documentary film of Michael Moore, ‘Bowling for the Columbine’, where he contrasts the gun culture of the United States with the ‘open door’ culture of Canada. I also remember my childhood when all the houses in the village kept their front door always open.

But I want to write about two photographs that touched me a lot. One of the photographs shows an old woman, bent in age and walking towards somewhere. Deepak recounts the story of the photograph. It was somewhere in South India. Deepak was just standing in a small street (that runs between two rows of houses) with his camera and he saw this old woman coming out of a house. Her gaze was fixed on her foot steps. She was keenly watching the floor and her left hand automatically touched whatever support she could find on her way. First she touched the left wall. Then on the composite idol of bulls and….And next to that Deepak was standing. He extended his hand as a support. She held on it tightly and crossed the street and walked towards the other row of houses. She never saw who held her hand in support. She never waited to say ‘thanks’. She trusted the supports on which she placed her hands. And each support was a ‘god’ to her. I love this photograph. May be I am too sentimental. No problem.

In the other photograph, you see a couple in road going towards somewhere. This young man has a huge hunch back. According to Deepak, ‘he was seriously malformed’. But the energy of their gait and the strength of their bonding are quite noteworthy. They don’t have any doubts about their existence. They like their life and they progress in their life, together and with love. ‘They walked before me, crossed me like a king and queen. They were feeling as if they were on the top of the world. I was humbled,” recounts Deepak. I like this photograph because this ‘positive’ gait you don’t even see even on the faces of the highly salaried corporate couples; they are always in doubt. They doubt their clothes, their shoes, their kids, their shopping, their eating outside and their looks. But look at this couple…they are so confident and cheerful despite all their physical problems. Again I am sentimental about it. But I like this picture.

Once I was down in the dumps. Things were not going smoothly. Dilip Narayanan, my friend too was also going through the same phase. While sharing our mutual woes, he told me the story of these two women in his town. When he drove to his office every morning, on the way, he saw these two women walking vigorously towards somewhere. They were twins and they were dwarfs. They were middle aged and were from the lower income class. They wore cheap sarees but in those clothes they carried themselves with dignity. They could not have aspired too much in life. But they walked every morning to somewhere, with a sense of mission and accomplishment. “Even they feel happy about their life, what about us? Why don’t we learn something from them?” Dilip had asked me then. Yes, life’s lessons always come from the street. Life has a lot to teach us. Such images as captured by Deepak give us a lot of lessons. That’s why, they never fade away from our memories.
Posted by JohnyML at 12:26 PM