Say no to Rape: Park Benches can Revolutionize India 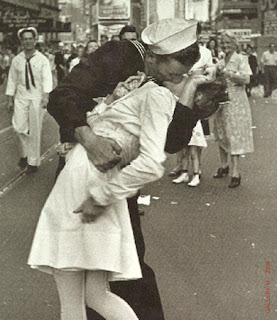 A week before at Garhi Chowkhandi village near Noida Sector 71 (Uttar Pradesh) an MBA student was gang raped by ten village boys. The girl was inside a car with a friend. These village ruffians while coming back from a local cricket match found the boy and girl inside the car. They roughed up the boy and raped the girl taking turns. Some of the rapists were arrested immediately.

But the anti-climax of it: the village women and men came in support of the arrested boys. They accused the girl of having loose morals. The former village president exclaimed, “After all it is just a rape case.” Newspapers published the photographs of a group of village women crying. It could have been passed for the image of the affected girl’s family members or it could have been passed for the photograph of a young army man died in a combat.

But it was the picture of the women from the hooligans’ families. They demanded justice for their sons. They still demand it.

Police investigations have proved that these guys have been on prowl in this area looking for couple who are alone in a secluded stretch. They used to threaten the boys and rape the girls with them.

Reason: The girls have loose morals. And that’s why they are ready to go with their boy friends to such secluded places.

Now the debate is on the urban-rural divide in India. Especially when it comes to the ethical and moral social behaviors, the rural populace considers that girls cannot go out with their boy friends. If they go out, there is no problem in raping them. Rape is a form of punishment.

Excuse me, are you talking about India? Yes, it is in India and the incident happened a few kilometers away from the Noida city centre, which is the IT hub, industrial hub and also the entertainment hub of Uttar Pradesh, the neighboring state of Delhi. Here rape is a way of implementing social justice. Social justice by who?

The Gurgaon residents (Gurgaon, as you know the IT hub of Haryana and it is hailed to have international living standards), especially women, say that they cannot speak even to the policemen because these law and order keepers, mostly hailing from rural backgrounds, behave as if they behave with their own women folk. They are chauvinists and irresponsible.

I don’t want to talk about these village boys or police men. Let the law of the land take its own course. But I want to talk about something which could bring about a lot of changes in the society. What we need is a political and governance will to implement what I suggest.

The girl was raped because she was alone in a car with her boyfriend. So what? She was with her boy friend. She was partly undressed. So what, she was doing it willingly.
My question is not that. Why did they go to a secluded place like that to catch some private moments? An MBA student and her friend could not find a suitable place in Noida to spend some private moments and that is the truth.

Look, I am talking about human beings. They need privacy. You may suggest that they can go to a mall or a cine hall. A mall is not a place to have private moments while a cinema hall is. But you cannot go to a cinema hall every day.

What about the apartments where they are living? The landlords would not allow their young tenants to entertain guests from opposite sex. What they are going to loose? Condoms are available, if not i-pill. Say the word ‘condom’ with pride, the government advertisement says. I-pill, I will not advise it to girls. It is not that effective all the time.

Whose morals are you trying to protect?

Let’s come back to the point. Suppose, if there are enough park benches along the roads, eateries, city squares and other public places and if the couples are allowed to sit and spend their time, and if we are not there to ogle them and voyeur them, then nobody would go to the secluded places.

If a couple kisses passionately in the street, what is my problem? Why do we think that the girl is a loose character? Why do we let the boy go scot-free? Why should be bother at all? It is their privacy, it is their life and it is the happiest moments in their lives.

That can change this country.

I remember, there was a time when bikers chased the couples on other bikes only to see the panty line over their sarees or churidars.

Then, when the low waist jeans came into fashion, they chased to see the protruding panty belt.

Then things became common. Now none chases to see a panty line.

On the contrary I have seen boys chasing the newly married girls behind veils, just to get a glance of her face and imagine whole lot of things.

If the government and local governing bodies establish park benches all over the city and depute educated and hip street cops to patrol the streets, none will go to the secluded roads to share a kiss.

Yes, right in front of other people couples can kiss. Why not.

And that would change a lot in this country.

Let us make park benches.
Posted by JohnyML at 4:47 PM

i don't like how people think about this - even today, in a tv show was a 22 year old guy getting offended and offensive over the thought of free condoms in college loos. it's almost like this country does not want to admit that it loves sex. like we'd rather become a dysfunctional populace, out of fear of the society [which at the end of the day is made up of us and people like us] and fuck our kids and rape "immoral" women than just say that we like sex.

you should watch this movie, daughters of eve. men'd find it gratifying on more than one level.

Dear Johny, it's a fine idea to have benches all over the place. But unfortunatley, benchers are not a leveller...lovers will be hounded off those benches, our half literate inspecters will pass snide remarks, the benches will become a yardstick for morality, bench sitters will be bashed by those same village boys who think its their duty to punish the immoral !!
The only leveller is education, generations of educated people. Education in English medium, more importantly, that will lessen the gap of them and us, english speaking 'immoral' them and hindi speaking 'moral' us. Such an often repeated solution, discussed to death, but yes, education it is. Nothing else.
Rgds,
Sahar

Putting up benches alone can't solve such complex issues of society. but i do believe dat its one good idea towards development of Indian open society. Surely a big delight for love-lorn couples, the sight of people smooching would be spectacular :)