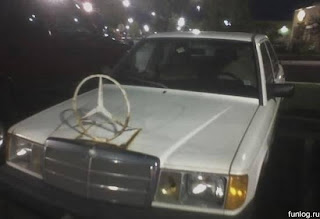 ‘All animals are equal. But some are more equal than others’- Geroge Orwell.

There cannot be any better definition for/of democracy than the one George Orwell had proposed in his famous political fable ‘Animal Farm’ (1945). In a democratic system, when the politicians fail to deliver, people look up to the media and the media people.

Ordinary people in the streets believe that the media personals can do wonders. Whatever is seen in print or on television screens, for the people, carry some kind of truth value. The names of the media work; it can turn a reluctant one into an obliging one and vice versa.

The magic word ‘PRESS’ opens several doors, which otherwise remain shut before the ordinary people like you and me.

Perhaps, that’s why the common Indian man buys a PRESS sticker from a footpath stall and sticks it on his Bajaj Scooter and small little Maruti 800.

You may not be surprised to see a milkman’s rusty Rajdoot flaunting a PRESS sticker though it does not have a proper registration number. You don’t feel offended to see so many vehicles plying on Delhi roads carrying this five letter wonder sticker on their windscreens.

Somewhere you feel a kind of reeling in your head as you look inside these vehicles to see people who, even after a skillful make-up man’s hard work, would never look like press people. That’s the magical realism of Delhi. It reels you and floors you.

The most hilarious scene is citing a single vehicle with several stickers: Doctor, Lawyer, MP (Member of Parliament), Lions Club, PRESS and what not. The rickety vehicle owner would like to tell the world how powerful he is. He is all in one.

I have digressed enough. The key question: What do you do when the respected media person flouts the law of the land and tells you at your face that he or she is a more equal animal than you?

There are several ways. I heard one of the ways recounted by an artist friend of mine today.

This morning (18th March 2009), my friend was driving towards his studio. He was waiting at a traffic junction for the light to turn green. Suddenly a car with a sticker PRESS and the logo of one of the most famous Television channels in India zoomed past him and jumped the red light. An alert traffic constable was on the other side of the traffic light and he waved the car down and asked him to pull over to the side. The driver reluctantly obliged.

Seeing this, my friend too parked his car on the side and waited to see what was going on between the cop and the occupants of the car.

A girl, obviously a reporter or a technician with the television channel was sitting inside the car and combing her hair. She, according to my friend, was giving to the cop the kind of damn, which she would give to one of those lice that she was searching for in her mop.

“Can’t you see that we are from the media?” the driver told the cop.

“Whoever you are please show the papers,” the cop politely said.

“You will face the consequences,” shouted the lady.

It was when my friend decided to intervene. He walked up to the cop and told him, “If you don’t charge them, they will make a ‘human interest story’ out of it. And if you do then also they will make a ‘story’. So better go for the latter.”

She gave my friend a ‘who the hell are you’ kind of look. But she said, “Mind your own business.”

“I am minding my business,” said my friend. “If you are from XYZ TV, I am from UVW Newspaper,” he said confidently. Then he turned to the cop and told him, “Sir, please charge them, I am the witness.”

Supported by another PRESS (the magic word) and public, the cop fined the lady with Rs.1500/-. Grumbling and mumbling curses, she snatched the receipt and drove away, crestfallen.

Many media people think that they can flout law. They get scared when the public intervenes. They look at the public with that ‘who the hell are you’ look.

I have seen one of the leading news casters in Indian television, jumping queues at the Indira Gandhi International Airport, New Delhi. He was with his girl friend and his hands were around her waist, with fingers searching for private pleasures in public.

I had this rage in me to confront him. But the security personals were just letting him go. He knows his worth. PRESS. And he knows his face is beamed on the plasma screens there in the airport lounges 24x7.

And when the security is breached at the airport, it is he who screams from his studio chair, “Priyanka, please update our viewers with the latest position at the International airport.”

Then this cute lady comes on screen (with the airport buzz as a backdrop) telling us how lousy our security system is. Some animals are more equal than others.

But these animals are at times tamed, when the public in the garb of artists or layman intervene.

One day, again at the IGIA, New Delhi, I saw how the intervention could make these more equal animals equal with others.

One of the leading actors in Bollywood, who also used to be a Member of Parliament, was just coming behind me. I passed the second security gate by showing my ticket print out while the actor sneaked in and walked towards the check in counter.

The security officer called him back. The actor was offended. He refused to come back. The officer insisted.

“Do you know who I am?” asked the actor.

“I know who you are…but sir, you are no different than any other passenger for me. So please show me your ticket,” said the officer without any change in his facial expression.

May be the actor had not got such a treatment before in his life. Other police officers came around him. They all knew him as he was a star (not everybody recognize a member of parliament). They tried to calm him down.

Finally, kneeling on the floor, the actor opened his suitcase and started looking for his ticket. After much effort he took the ticket out of a bundle of clothes. With a ginger face he handed over the ticket to the officer.

“Sir, I know you. I am sorry if you are hurt. But I cannot let you go without showing the ticket. I am doing my duty,” said the officer.

People can make a lot of difference in our society. Only thing that they should intervene whenever and wherever it is needed.

Otherwise the more equal animals would tell us as Philip Roth said in his famous novel ‘I Married a Communist’- “You should be happy that I only raped you. If someone else was in my place, it would have been terrible.”
Posted by JohnyML at 4:09 PM

one year back I bought a used car.The owner was a accountant,but I have seen a sticker "press" on it.I just removed this.I don't know why people are misusing it.

A little consideration of what takes place around us every day would show us, that a higher law than that of our will regulates events.

Hmmm... Interesting post. Not many people would raise their voice against the PRESS. :)

But please do not generalise. Amongst this horde of people who flaunt the 'higher law' (as said by Dilip), there are good people out there, who require a few traffic light zip throughs, and a few extra security options, to cover that story which could be an eye raiser, which could stream good karma from the larger point of view.

And also amongst are people who try for that good story, being the citizen he/she is, not asking for any extra privileges or rights...

There are good people, and not so good people. Lets not generalise :)