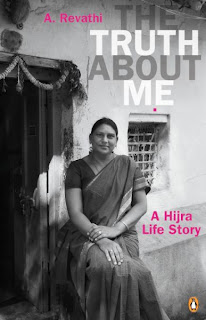 I hate closed spaces. I have claustrophobia. Whenever I am in an elevator, my eyes are always on the alarm button. If anything happens…I don’t think of singing ‘mere jeevan saathi…’ as if I were the Vasu of Ek Duje Keliye, if I am caught in an elevator with a beautiful and willing girl. Even a Bobby cannot cajole me into a room that does not have a chabi.
Jokes apart, think about someone who has to live in someone else’s body. We have seen such scenarios in the flicks like Face Off. We have seen Shankaracharya entering into a king’s body to enjoy carnal pleasures. But what about a woman who is trapped in a man’s body or vice versa?
‘The Truth About Me’, the autobiography of A.Revathi translated from Tamil into English by V.Geetha is the testimony of a woman who was caught in a man’s body. And the first person narrative tells you about the trials and tribulations of a young boy who wanted to be a woman. And he did become a she. And the price she paid for it?
Revathi was born as Doraiswamy in a middle class family. From childhood onwards he wanted to become a girl. He wore girl’s clothes whenever he got an opportunity to do so, he did all chores that a girl generally does at home. A sibling of three brothers and one sister, Doraiswamy’s ‘fancies’ were taken for childhood vagaries. But Doraiswamy was pining to escape from a body that had trapped the girl in him. 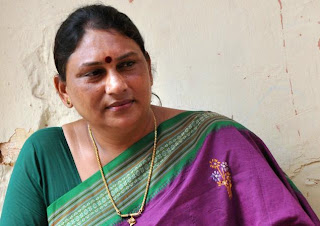 Doraiswamy finds similar ‘pottais’ in a hill near his village, where a few of them congregated to wear woman’s clothes and to behave like women. They stealthily traveled to other villages to participate in village festivals as women. Finally Doraiswamy decides to leave for to meet his guru. Guru trains him and then sends to Mumbai and from there he is send to to do the ‘nirvanam’ (deliverance) operation.
Hijras and pottais (later they are known as Aaravanis as in Aravan’s wives) have their own hierarchies and living styles. Doraiswamy after becoming a woman assumes the name, ‘Revathi’ as someone told her that she looked like Revathi, the film actress.
Revathi has to eke out a living. None was ready to give her a job. So she started doing sex work. When you are a hooker, Police and rowdies torture you. Someone picks you up thinking that you are a woman and when he realizes that you are a hijra, they abuse you and abandon you.
Revathi craved for her family to accept her. But property was more important for the family members. She was introduced the NGO Sangama in that works for the rights of sexual minorities and she becomes an assistant there. One of the senior activists in the NGO falls in love with her. They start living in like husband and wife. Soon the man who makes speeches on behalf of the sexual minorities proves himself equally vile and status quo-ist like any other male.

Shifting between sex work and social work, Revathi tries to live a life of her own. She craves for social acceptance. Slowly she started articulating her own life in public forums. She did a research on the lives of hijras and sexual minorities and the findings were published in Tamil. Today she is a writer and an activist of minority communities, and still works with Sangama.
While reading this book, my eyes were moistened several times. While reading those two chapters on the painful operation they underwent as a part of removing their male organs, I was feeling a gripping pain in my groins. Each time I read the tortures Revathi had to undergo at the hands of the Police, ruffians and the family members, I shed a few silent tears.
Once you read this book, you tend to re-think about the gay friends you have. I have experienced educated urban gays enticing and soliciting me in front of my wife. They get away with it as they are educated and operate in the urban ‘understanding and intellectual’ people. None calls it sexual harassment. I respect Revathis many times than those who get way with their education and intelligence. 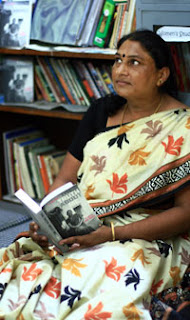 Years ago, when I was a graduate student, I wore my mother’s sari, wore a bindi and stood before the huge mirror we had at home. I felt like a woman. I wanted to become a woman. Now I understand, how Doraiswamy might have felt it. I was not a woman trapped in a man’s body. I was masquerading. Still I felt it so strong. So think of Doraiswamy, a woman caught in a man’s body.
I think, every man should become a woman at least once in his life. And this is a must read book for all the intellectuals.
(Also read: ‘Autobiography of a Sex Worker’ by Nalini Jameela, ‘Amen’ by Sister Jesmie, ‘Through the Narrow Gate’ by Karen Armstrong and ‘Eleven Minutes’ by Paulo Coelho)
Posted by JohnyML at 8:59 AM