A Bit More from the Art Summit

Generally you don’t feel good when you stand in a queue. But here at Pragati Maidan, where the India Art Summit (IAS) is currently on you stand in a queue and you feel a lot good about it. Why so? You have heard of stories of queues before the European and American Museums where the works of great masters are exhibited. Now in Delhi you experience it. Long winding queues created by the enthusiastic art lovers from all over the world made today a different day for the IAS.

I should have taken photographs of these queues. But I was enjoying the feeling of being in a queue for art. “There should be more and more art fairs like this in India,” I told my friends later. They too have the same opinion. People queuing up to see art is a symptom of social change; for good. The government authorities should notice this and promote art in all the possible avenues.

Metro is doing that. Soon you will see contemporary works of art adorning the metro stations.

I like Atul Dodiya’s works in the Summit. They lampoon the very purpose of the Summit, but with sensitivity and sensibility. Dodiya uses small statements and popular and kitsch imageries to develop a dialogue between the viewer and the intended meaning of the work of art. ‘Those who have sinned in their previous birth go into art fairs’, ‘Lets go to Borivili to taste some Malayali grapes’ and so on are the statements that pep up Dodiya’s works. 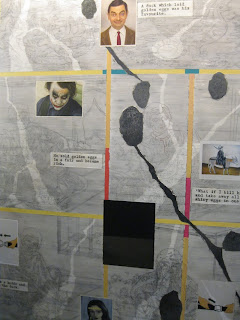 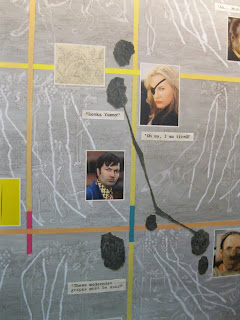 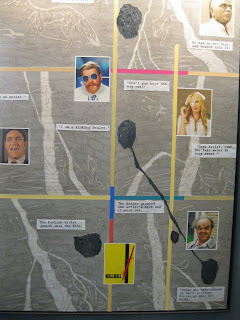 And if fair is all about money and market, this work at the Lakeeren stall suffices this attitude. I don’t know who the artist is. 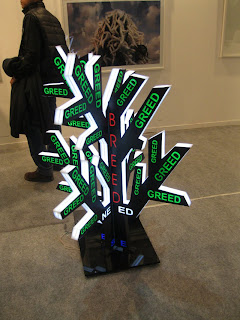 I clicked some very sensitive works by Shilpa Gupta and Juul Krajer. 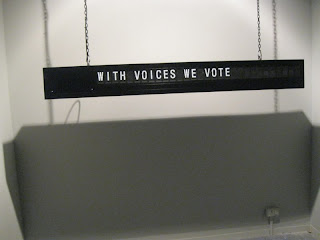 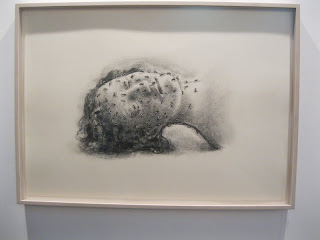 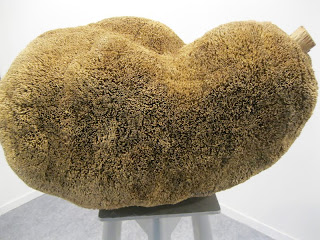 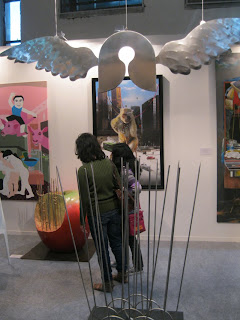 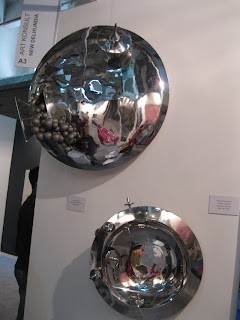 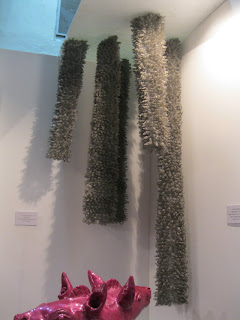 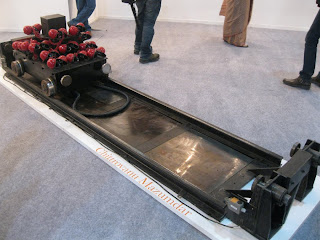 The best in the show could be ‘the Beautiful Game’ by Tukral and Tagra. Their foundation, the Foundation Tukral and Tagra, works towards spreading awareness about AIDS amongst the people, especially those young people who have time and source to be sexually aggressive and active. It is all about wearing condoms. You are supposed to play billiards game and if you win you get a pair of slippers with instructions on using condom printed graphically on it. The stall is covered by wall paper with flower prints. The comparison between billiards and sex is interesting; the foreplay, the intercourse and the orgasm. However, T&T does not talk about the existential detachment immediately after sex. May be in another project they would do it, I hope. 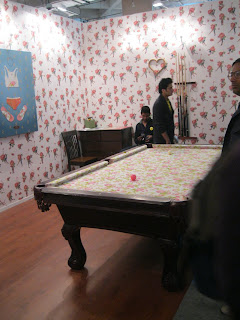 Worst works in the Summit:

There are many. However I would name one: Who will shave her Pubic Hair by T.Venkanna at the Maskara Gallery Stall.

Is it for shocking the audience? Or is it for titillating? Somebody tell these lonesome cowboys to sit up and think.
Posted by JohnyML at 7:16 PM

i likd both the "volumes" f art summit..