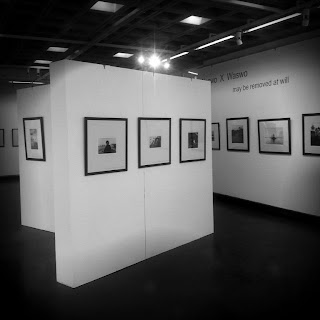 ‘It All May Be Removed at Will’, Waswo X.Waswo tells his viewers. The title is a bit misleading as much as it is leading to certain bitter truths about the artist, his thinking process, his photographic works and above all the very meaning of a photographed image. These photographs in the current show with the title mentioned above at the Alliance Francaise, New Delhi is a re-look at Waswo’s major project of 2007, which had resulted into a show as well as a book. The project had brought him laurels and bricks alike. Laurels were placed on his big palms for the kind of involvement he had been having for almost two decades of engagement with India and the bricks were amply thrown at him for being an ‘outsider’ who exotic-ized Indian ‘poverty’ and ‘struggle’ for a larger audience. Hence, the current project, ‘IAMBRAW’ is an analysis, subtle and humorous as it is quite natural to Waswo, of his positioning in the Indian contemporary art scene as an artist, writer besides being an interpreter of those maladies that are called ‘interpretations of a work of art by critics’.

Waswo’s show poses a problem that has deep roots in the Indian psyche as well as in the psyche of those people/artists who belong to the western world. The problem is multipronged because as Indians we look at anybody who comes to live in India and present India for a larger audience through writings or visuals, as an outsider. While we respect the ‘outsider’ for being an ‘outsider’ with a different skin complexion, we hate him for making an opinion about India. He may look at the past and interpret it using his own tools and could get away with it. We would appreciate it: people like Darlymple, Lapier, Tully and so on have got away with it. Perhaps Rushdie and Naipaul did not go unhurt because of their Indian origin despite their western perspective. Waswo partly lives in India (Rajasthan) and claims to be a world citizen with a universal gender identity (which has not been a problem so far when it comes to his art). And he is deeply in love with India. And as a politically and theoretically conscious personality (artist), he does not want any one of his subjects to be unpaid or unacknowledged in his works nor does he wants his collaborators in art production be reduced to an apprentice or unnamed helper. Waswo makes it sure that he is a co-producer (creator) of his works along with many others (including Rajesh Soni and Rakesh Vijay). 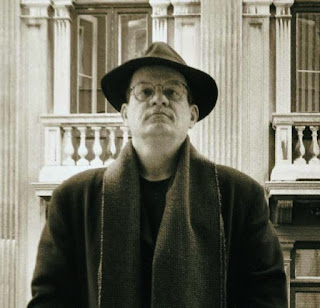 A politically correct artist like Waswo, should not be criticized for exoticizing India through a western perspective. But it often happens as he portrays people from different walks of life. In India Poems project he was looking at the people in and around the Rajasthan villages (especially near Udaipur) and generally from different states of India and definitely his works mostly printed in sepia tones looked at the people in ‘ordinary’ situations. In a country which is going through the process globalization, the qualification, ‘ordinary’ has a different meaning; it means that those people or things left out of the mainstream discourse of the urbanization process, a possible and probable byword for globalization. In this ordinary-ness you would find people selling dhania (coriander), tea, fruits and so on. You would also see people doing different kinds of manual works. Waswo was looking at the other India, which some of our economists call as ‘bharat’.

Obviously Waswo was not planning to make a comparison between the two Indias as there were so many photography artists making photographs on the urban India. There were also artists from all over India making the photographs on rural India too, in a way to self-exoticize their own country. But Waswo’s intention was different. He wanted to narrate a different story/poem on/of India, where people looked poor but felt rich. Or they looked impoverished for the cursory viewer but led a rich life both in materialistic and spiritual terms. However, Waswo was criticized by the Indian critics for making India a land of poor people, a nation of strugglers and they used the Edward Said’s thoughts on Orientalism as a weapon to attack him. Nobody heeded his alternative suggestions and stories. They looked at the sepia toned pictures of poor people and thought that Waswo was making an exotic series. 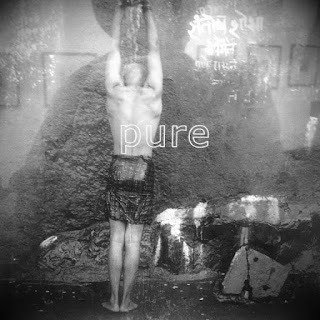 So this present project is a confession, a challenge, an explanation, posing of a problem through the very same images of the India Poems. The same photographs from the India poem series are brought in this exhibition too but with their glass frames interpolated with generic words that would qualify the work or status of the people portrayed here. These glass frames function as a grid between the image and the viewer and the interpolated words would give a new direction to interpret these works. With the phrase, it all may be removed at will, looming large over the heads and consciousness of the viewers, they would tend to read them as transient images that demand a different interpretation so that a new existence could be established for themselves. For Waswo it is a sort of self-immolation act, an extreme act to prove his position (perhaps innocence and sincerity of thought), if there are people left around to care for his act.

This exhibition does not have a catalogue. But it does have a small booklet written by Waswo in a story form with the same title. Here Waswo qualifies himself as Photo-Wallah and moves around with a friendly rickshaw puller. He recounts the stories of those people who had been photographed not only by himself but also by innumerable tourists who ‘really’ look for some exotic images about India, especially about Rajasthan. An old woman tea vendor used to sit at the steps of a haveli. She chose that particular place because it gave her the ‘right’ presence with the right chiaroscuro. Many photographed her and she took fifty rupees for ‘modeling’. Waswo was friendly with her. He also took her photograph though she refused to take a payment from him. She died one day. Then Waswo came to know her story. Her sons were planning to sell the haveli owned by her. She was holding the fort by sitting at the steps and selling tea making sure that in her life time the haveli would not be sold. She was rich but led a monk like life. The dhania seller too had huge lands and a rich house. But he kept selling dhania because that was what he knew all his life. People respected him for what he did. People who looked poor had a rich life back home.  And Waswo narrates their story in this book. 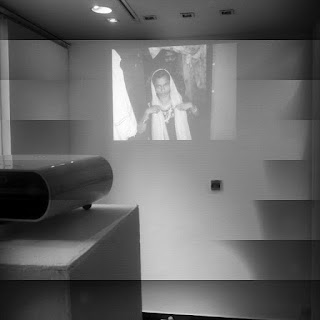 In the meanwhile Waswo has an encounter with a ‘nationalist’ anaemic academic lady who scolded him for making exotic pictures. She pledges her words on Edward Said. But she is not ready to listen to the other and others’ stories. One day Waswo meets a Sadhu who was a geology professor and now lives by the river Ganges but speaks little. He does not have any faith but he looks for the meaning of faith by being silent. Finally he realizes that ‘sensing’ the things beyond our reason, is the right kind of faith. One does not need words to do that. The Sadhu is aware of the fact that even his picture could be misinterpreted as a ganja smoking generic sadhu who lives by the river. But he is not worried. Finally Waswo develops the picture of the dead tea vendor. He does not understand her as the woman who used to live at the steps of her haveli. Now he looks at the invitation card. He walks to the river and throw the shredded image and the invitation.

The problem of this problematizing show is that once a work of art goes with or without accompanying words, it assumes the nature of an independent text and the textual readings could deflect the authorial intentions. Here the authorial intention is supported by another array of words in the form of a short story written by the artist himself and the interpolations on the glass frame. In this sense, this show establishes itself on a previous misinterpretation of the same images shown in a different context. Still one may wonder whether, despite these interpolations and textual support, these images would ever purge themselves of the accusations of exoticization by the artist. I fear that the textuality of the images with or without the accompanying ‘text’ would always lead the viewer to look at them as independent images culled from ‘ordinary’ Indian life. The alternative possibilities of the images have to be re-iterated at every stage in order to say that these are non-exotic images.  In the case of other images created by Waswo in other projects, his positioning become politically evident because there he establishes  his gender and social identity through various narratives. In this sense, even if we remove the previous mis-reading at will, there are all the possibilities of them to be mis-read once again. But then we can always say that that is the fate of an image that projects itself into the orbit of art and abandons the fuel power of the authorial intentions.