Hello, it’s you I am talking to: Your Need to Have a Witness 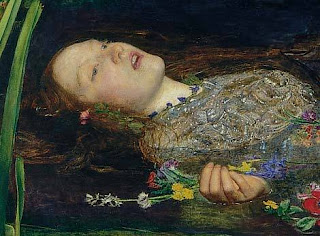 Before going into the operation theatre she writes to me. A few lines, as if they were a testimonial of faith and trust. She writes: I am about to undergo a major surgery. It is the fifth in a row. I want you to see what I have done lately. I read whatever you write. Sometimes I hold on to your words just to float in faith. See these links. I may make no sense. Still I want you to see them.

I read the words in that small mail again and again. Nowhere there is a mention of fear of going under knife. Nowhere there is a complaint. There is no hint of pessimism. She is absolutely sure of coming back to life from the operation table. But in between the words I see the lurking shadow of a fear of losing it. Losing what, I ask myself. Losing that small little thing, which is so precious and personal, which one has been closely guarding and nourishing all these years.

It happens to many people, perhaps to most of us. There is always something that is not expressed or something that finds its manifestation only in certain acts, which generally don’t get familial or public acceptance or recognition. Looking around, we see happy families; contended children, happy husbands and joyful wives. But they are seething with untold and unexpressed pangs. What is your problem, they would ask if you say that you are not happy with happiness itself.

Children grown up and fly away. But you remain and before you say good bye to the world, you need a witness. A sort of confession, that’s what you need. You want to tell it to the right person. You have been searching for that right person all your lives. And often we all find wrong persons at the right times and right people at wrong times. But that need to confess remains. And most of us must be knowing that any effort to confess, if not done in the right spirit, ends up in confusion and frustration.

Everyone needs a witness and ironically, most of us leave the world without a witness to recount our lives. I understand her mail and its silent demand for a witness. I have not met her. But I imagine that I have walked with her under moonlight in a lonely night in a strange place away from cities. She had communicated with me in silence. I thought she was too young to confess and too old for new experiences.

She does not tell me what has been ailing her all these years. A broken family? But then many families are broken in these days though they look solid from outside. Even in the mail she does not say that why she has to go under knife. She wants to share with me those very private things she has done during the last few months; a set of small videos, where she acts out her life through the metaphor of her own hairs.

Yes, I witness it. I understand what she wants to tell the world. She has been holding it back all these years. But even now, I don’t think she wants it to be seen by the whole world. But she wants at least one to see it so that her memory is transferred into another memory, which she is sure of creating a continuity with several other memories.

You must be quite curious about the identity of this woman. But what is the point of knowing her identity? In fact, I am talking about you; you, yes, you, the one who has been waiting for a witness to come in and see your life in its entirety through an unspoken metaphor.

Exraordinary this piece is Johny...and I do love it. Very true too..