Another Tehelka Story and Tarun Tejpal 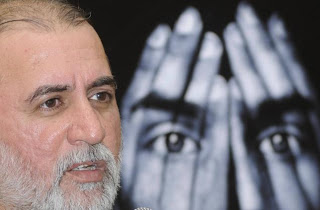 I wonder what Mathew Samuel thinks today? Or in that case Aniruddh Bahl; the architects of ‘Operation West End’, the famous sting operation conducted by Tehelka in 2000-2001. Tarun Tejpal was the captain of boardroom; Aniruddh Bahl was the chief strategist and Mathew Samuel, the secret agent on ground camouflaged in the garbs of a journalist. There were too many side characters in the drama; I was one among them. The well oiled secret machine of investigative journalism worked 24x7 at Tehelka’s Soami Nagar office. Minty Tejpal, the brother of Tarun Tejpal was giving Tehelka a new edge; the edge of popular culture. Inside the first floor office, things looked absolutely cool. Tehelka was daring enough to run a semi-porn literature channel. I used to wonder why a young woman journalist always surfed for porn sites. Later I came to know that Tarun was pushing the limits of journalism. Geetan Batra, Tarun’s wife was planning to set up a fulltime art website. In an adrenaline driven context, everyone looked perfectly happy except for persistent existentialists like me and a few others. We, the young journalists of Tehelka drank ‘banta’, a locally made soda from the only shop adjacent to the building.

Today people talk about self-righteousness of Tarun Tejpal and Shoma Choudhury. Tehelka had all reasons to be self-righteous at that time. It had revealed the cricket gate and it was covertly moving towards a big catch. Tehelka journalists worked with a sense of purpose. I remember Safar Agha, the benevolent senior journalist who planned the stories for the day. Ever philosophical Parsa Venkateswara Rao Sr, and his enthusiastic brother Parsa Venkateswara Rao Jr. Today’s star journalist Verghese K.George, sceptical Charu Soni, poetic Nabanita, silently rebellious Ajitha GS, enigmatic Proteeti Banerjee, sports specialist Shamya Dasgupta, happy Kunal Chuhan, differently troubled photographer Iqbal MK, Arun Bhanot and Kajal Basu were the constant presences. The team was really good. They knew it was a new organization with a mission and they were all proving their mettle there. Tarun Tejpal came to the desk once in a while, tall, handsome, smiling and animated like a commander. Shoma was always in tow. At least I knew, who was the second in command. It was not Geetan or Kajal Basu.

The self righteousness of Tehelka came not from posturing but from hardcore journalism. My training in political journalism was minimal but the team work helped me to find the right stories at the right time. Whenever a good story came from my desk, Tarun Tejpal congratulated me with a smile. I used to feel a misfit there as my mind was elsewhere in art. So whenever I got a chance to do an art story, I was more than happy. I was rebellious in certain ways still I liked the way Tarun Tejpal and his team pushed the limits. The Tehelka tag gave me some kind of elation but I was looking for the right opportunity to quit. Insubordination came from my side on two occasions. One, when Amitabh Bacchan, who was said to be one of the board members of Tehelka (or honorary advisor, I don’t remember), visited office. Everyone jostled around to take a photograph with him. Some tall guys in the office even went near to him on some pretext to measure their heights with him and feel that secret happiness of matching with his tallness. Finally there was a group photo opportunity. I refused to stand in the group and take a photograph with the great actor. Tarun noticed it but did not say a thing.

The second occasion was a bit more serious. I used to get irritated when some of my stories got sidelined or severely edited. Arun Bhanot and Kajal Basu were the editors. They were really helpful. But I was getting restless. One night, I came back to the office a bit drunk. I screamed at Kajal Basu. He gave me his cool smile. In a huff I walked out. Next morning, Tarun called for a meeting of all staff members. I knew it was a judgement day for me. But Tarun did not say a word about my misbehaviour. He just said to all this much: We expect some sense of dignity and decency from all members in the team. I hope all will remember this. The meeting was over in a few minutes. I didn’t know whether it was a corporate strategy or an indirect way of asking me to leave. I wanted to walk out on the same day if it was what he wanted. I spoke to Geetan and she said Tarun did not find me offensive at all and in office situations such things happened once in a while. My respect for Tarun increased though I left Tehelka within a few months after they came out in light with the West End operations.

When I read about Tarun’s stepping down from the chief-editor’s post, in Hindustan Times’ report, my first reaction was, ‘wonderful’. Here is an editor whom I admire for his courage and straightforwardness, has taken done something only Gandhiji could have done in the present day scenario. Later when I spoke to some of my journalist friends, they also said the same thing about the news. But, in the evening when I realized the gravity of the situation, I was literally shattered. I am not interested whether Tarun is protected by the Congress or opposed by the BJP for their political ends. But what pains me today is the fall of a man from his own standards and ideals. I do not even doubt the sincerity of his apologies not only to the victim and the managing editor but also to the whole world. But beyond all apologies, the sour truth of misusing power and position persists and that renders Tarun a fallen man and predator in the public eye though even his bitterest detractors tend to believe otherwise.

A man having multiple affairs or indulging in consensual sex is not a great crime. Forget the age difference; love and sex could happen at any age. But the problem arises when a person like Tarun Tejpal forces himself on a helpless woman who is not only incapacitated by her lower position in the organisation but also by her proximity with the predator and his family and all those moral and ethical problems attached to it. The gravity of the crime increases when it is attempted twice both times with violence, force and threat. Tarun can save face only by surrendering himself to law and its consequences and that could perhaps save him from his ultimate doom. A politician can stage a comeback even after committing several crimes including molestation and rape because people accept it as the routine of cut throat political realty. But journalists with a public face are the check dams of the final erosion of social and political values. If dents appear in them, people will not pardon even if they do, they will not forget. So long as they do not forget, even if Tarun comes out unscathed from this case, his words will carry no weight. What a tragedy for a writer like Tarun Tejpal.

Today, the media’s morally agitated reactions against Tehelka, Tarun Tejpal and Shoma Choudhury do not stem from this case alone. This is the release of an anger and irritation that have been suppressed by many so far. If you see the pattern of the unveiling of the story and the debate in news channels, it is very clear that the anger is not ‘exactly’ on Tarun but it is ‘spot on’ Shoma Choudhury. It is not just because Shoma tries to protect her ‘boss’ through constant changing of statements but because everyone feels that it was not Tarun but Shoma who has been calling the shot in Tehelka and its ‘highlighted’ self righteousness. Shoma has been vocal of gender politics and she even qualifies herself as a ‘feminist’. Though you may say that finally, as fitting to a male dominated society I am shifting the burden on Shoma’s shoulders, I do not mind saying that Shoma’s claim to fame is Tehelka brand, publication house and now the Think fest in Goa. Sincerely speaking, when it comes to socio-political or gender issues, I as a reader, have never referred to this journalist’s writings or views because I know there are real feminists and activists out there than Shoma Choudhury.

The anger that the media feel towards Tarun is routed through Shoma. Slowly, she has become the real culprit who has made attempts to perpetrate the crime by shielding Tarun. Her actions may be driven by her sincerity in protecting her organization, protecting her position or even protecting her personal feelings. In this effort, she has become the real villain. When I think that it was not hardcore journalism but the capitalist dream of liberal economy through democratic facade that had led both Tarun and Shoma, I feel bad. I feel how a just act could have a nefarious plot. However, I do not believe that Tehelka’s ideals were wrong in the beginning. All what it had done in terms of sting operations and exposes were inspired by responsible journalism, social justice and political correctness. Along the way it has lost it all. Tarun’s act is emblematic of that fall and the illusionary belief of invincibility that power provides. Still I wonder, what would be the reaction of Mathew Samuel?

Post Script: A few months back I met Tarun Tejpal in a private party. It was after almost twelve years that we met first. I thought he would avoid me as I had quit from Tehelka without citing a reason. But he was very cordial and spoke to me for a few minutes and to my surprise he knew what I have been doing all these days. Tarun may not bounce back as an ethical journalist. But I am sure his atonement lies in a prolonged underground life and staging a coming back with an autobiography; a book of confessions.
Posted by JohnyML at 8:03 AM

why differently troubled iqbal? And, where's that hallmark
beard gone?

Is that Mishta Roy....who was there in Tehelka and Delhi college of Art?

Is that Mishta Roy....who was there in Tehelka and Delhi college of Art?

Hey Johny Man! Find me on Facebook, will you?

Johny, Mishta was from London and then joined Tehelka, I dont think she was from DElhi College of Art

Hi,This is Mishta...seeing my name crop up here! I was from College of Art, Delhi, London and from Tehelka :)