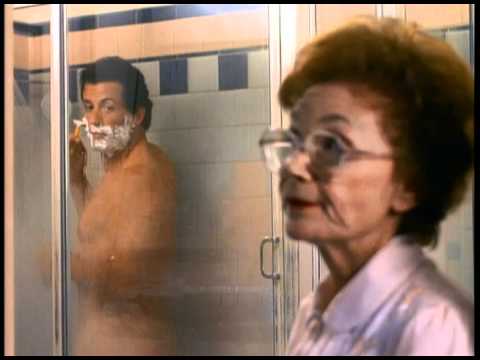 I like facebook not because I could update my profile pictures like an impressionist, according to the change of light, and get a few ‘likes’ but because this platform helps me put my ideas into a public domain. If you look at the growth of facebook, one could see it too had its own infancy, its growing up years and its own maturity. As facebook changes its styles and tabs once in a while, I cannot say for sure that it has achieved its maturity completely. But the facebook team has got its own needs to keep it fresh and new to be there as the market leader. I know, like many of you know it already, that the data posted out there is used as samples of market analysis and product proliferation. It is a soft surveillance system; but so long as it is not intruding with vehemence in my personal life I am ready to live with it. There are dangerous indications also there: in a semi-conservative society like India the facebook is now a part of the personal history. Your character is assessed based on what you have done in facebook during the last few years. Character integrity of a marriageable young girl is determined by her previous facebook activities. Those boys and girls who seek corporate jobs frantically clean up their facebook accounts and request their friends not to post any objectionable comments or stuff there. The big brother is watching you. The corporate houses want to know, before they employ you whether you are in good company or not. If you have expressed any anti-capitalist sentiments anytime in facebook, it may curtail your chances of getting a corporate job by 90 per cent.

However, facebook management is like a doting parent. It has given a lot of privacy options to keep your activities limited to your close friends or to let it go to a larger audience comprised of ‘unknown’ friends. You could hide your identity, pretend to be someone else, yet your facebook behaviour could, in the long run, give a true picture about your affinities and affiliations, your political views, your social engagements and even your sexual preferences. But the catch is not that. If you are a real person and you want to be in facebook and you accept friends out of the ‘need’ to be known or to be ‘heard’, or out of clear cut choices, then you are risking your life in public. If your wall is open and you post something there, if your ‘friends’ post some comments below it, you cannot climb on the roof top and scream that you are ‘littering’ my wall. When you submit an opinion, facebook automatically presumes that it is open to the public unless it is protected otherwise and limited to only a few people in the closed network. Facebook is no longer in its infancy. The members of facebook also have gone through their infancies; you may remember how we all used to boast that ‘having a coffee’, ‘In London it is raining’, ‘I am in Goa’ and so on. Today, most of the facebook members do not behave like children on a beach. They too have learnt how to use it.

But unfortunately, some of our so called intellectuals, who do not have any idea about how facebook works want their views to be seen and heard by the rest of the world but they do not expect any comments on that; they expect the whole world (read, the facebook friends) to say only good things about their comments. They do not want to debate anything at all there. They will be sharing anti-Narendra Modi slogans day in day out, but if someone questions them regarding the same issue, they will immediately jump up on the roof top and cry that someone is attacking their facebook wall. It is the ultimate form of cowardice. I have been seeing our so called artists and intellectuals posting something and the moment a debate starts running away from it, or literally abusing the person who comments. I had a very bad experience from an old woman artist yesterday. I need to recount it here.

This old woman in question posted a short video of a few activists water cannoning those people who urinate on waysides. As this old woman is a proclaimed ‘feminist’ and a gender bender for convenience ‘shares’ too many politically correct posts in her page and as she is in my ‘friends’ list (I keep her there for old times’ sake) they appear in my homepage. Just to keep a watch on her pseudo art and pseudo activities I spend my precious three minutes to look at those posts. Yesterday she posted this short video which I found extremely offensive. Some masked activists were assaulting unsuspecting people on the wayside. True, they were urinating in public. But the assault was inhuman. I was furious and I thought those people, in the name of activism were taking law in their hands. So I posted the following comments just below the link that she shared. I am putting the unedited version of my comments here for your perusal:

“Here is another aspect of it; the gender one. Most of the people who urinate in public are men. It is as if they are given license to do that. Women do suffer not only holding their bladders but also seeing these male obscenity in public places. But what do you do, when your bladders are full and you do not find any public toilet? If you want to ease desperately when you are at Saket can you travel a kilometer to urinate at Lado Sarai? It is not a male right but it is the outcome of an insensitive governance.

“Consider this, most of the metro stations do not have public comfort systems. Both men and women suffer out of it. As in our society men are naturally licensed to do public obscenity, they dont mind pissing in public. But as I said before, women are the real victims of it. Now they have set up a few toilets in Delhi with glossy ads on it. But do they have attendants there to help women? How could women go into these dark toilets? Men's toilets are unclean and most of them think that it is better to urinate outside than going inside.

“ We have found Indian solutions to this menace: One, writing graffiti like 'Son of a Donkey don't pee here'. But you are willing to neglect the warning when you are pissy. Then you fix god's pictures on the wall. It is the only potent way of keeping both pissing and spitting. But this religious solution cannot be a permanent solution.

“Remember, nobody pisses for fun. People urinate on the wayside because they do not have any other option. Hence infrastructure development and spreading awareness are two important things. In the age of performance art, like the people in the video, it is a good occasion to laugh. But the agency that has adopted this method of 'spreading the message' should be arrested and put behind bar with immediate effect.

“Will these people water cannon those people who use 'sister fucker and mother fucker' words in every sentence in their public conversations? Will these people do the same to those who spit on the walls? Come on false intellectuals, sit up and think. Performance art is not a solution to social ills.”

You may read for yourself and assess whether my comments were hurting or abusive. But you will be surprised to see this good old lady’s answer to my comments. I am pasting it here:

“thanks Johny Mulluvilakom Lakshmanan, but this is a form of pissing on my wall....”

I was shocked to see this answer from this good old lady, who is a self proclaimed feminist. I always hold that she does sub-standard art. But that is a critical point of view. However,  as a person I have never kept any grudge against her though she hopelessly thinks that she is still a radical thinker and could mesmerize people with her ‘thoughts’.

So I thought it is pertinent to tell all of you that if you comment on your wall, and your wall is open, facebook is going to let it be as a debating platform. People WILL comment. Either protect your wall, or have balls to debate. If not you are not good for facebook, and absolutely not good for the society, even if you think you are an artist or a public intellectual safely sitting in some star apartment.