God’s Own Office: A Success Story 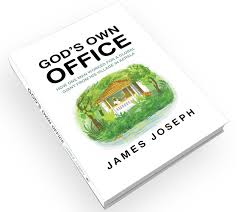 At the attic office of the famous book seller, Bahrisons, Khan Market, New Delhi, I see a man in his mid forties, wearing a black linen jacket speaking to the owner of the bookstall, who while declining an invitation for an evening drink with the man in black, saying that he has just come from Mumbai after an important and hectic meeting. I have heard it right because Mr.Bahri has been talking to the man in black linen jacket about young people who are not corrupted by too much of knowledge becoming quick learners in any profession. The man in black in obviously impressed by the way Mr.Bahri said it. It is then he extended this invitation to Mr.Bahri for a drink, because he apparently has found the scope of a book ‘in there’. I presume that the man in black is an author. Crisp and sharp in his talk, yet polite and humble in demeanour that comes naturally to people who are really successful, the man in black linen coat evokes a sort of familiarity in me though I see his profile of his face lined by a size one French beard. Mr.Bahri tells him like a British uncle coming from hunting would tell a young suitor, “Well, your linen jacket is nice.” The man in black linen jacket beams with happiness and he says that he has written about it in his ‘book’. I have been silent for quite some time, eavesdropping in their conversation and now it is time for me to pitch in with a question. I ask the man whether he is by any chance Mr.James Joseph, who has written about jackfruits. He says yes with a face where both pride and humility fights for supremacy. I introduce myself and the Malayali connection is too obvious to ignore. James Joseph signs his book, ‘God’s Own Office’ for me and he hands me over his visiting card. It is the first book which I have got signed by an author in a bookstall.
I had written about airport bookshops that thrust certain precious books into our hands without asking. A week ago, I had seen ‘God’s Own Office’ in a bookstall at Hyderabad airport. The title obviously rang in two titles or catch phrases; God of Small Things by Arundhati Roy and Kerala Tourism’s tagline, ‘God’s own country.’ I knew for sure that ‘God’s own Office’ was about Kerala and the name of the author sounded a bit unfamiliar. I picked up the book, read the blurb and felt good about it. Somehow I was not too interested to read the book as I had read too many success stories. But the jackfruit angle attracted me and I did my mental bookmarking. I literally weighed two books in my hands; Ruskin Bond’s ‘Love among the Bookshelves’ and James Joseph’s ‘God’s own Office.’  I did know why I chose Bond finally. I chose Ruskin Bond because it had some beautiful reminiscences about the author’s foray into the ‘act’ of reading. I find it always fascinating how famous writers select their reading materials. Unlike the Facebook links that show off ‘ten books that you must read’ or ‘ten books the famous people have read’ or ‘suggest ten books of your liking’, such innocent remembrance of books that are closer to a successful and widely read author’s heart is always a welcoming change. I could finish that book within two hours of flight to Delhi though I did not crave to read more Ruskin Bond after that. James Joseph was in my mind and as providence wished so, when I hit the Bahri books stall in Delhi, the author was already there, as if waiting for me to come in.’ 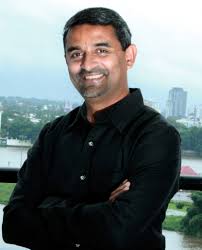 ‘God’s own Office’ is a successful corporate leader’s guidebook or manual to the ones who are interested to become a global business leader. However, it is a few notches higher than a feel good book or a self help book or even those books come to adore book shelves only because they mix up Zen and (Amartya) Sen (spirituality and economics). ‘GOFFICE’ is an alternative name that I want to give this book, mainly because shortening of it into ‘G-O-O’ would sound a bit uncouth in the larger Hindi parlance. ‘Goffice’ could stand in for God’s own Office. ‘Goffice’ simply means that an office operated solely from one’s own home. As home is a god given place (for most of the people), one could set up an office at home and work from there. That’s what exactly James Joseph did after working for a few small corporate houses and then in the corporate giant, Microsoft. James Joseph, after graduating from Trivandrum Engineering College, followed his heart that got mirrored to him by a Times of India article, went on to study Engineering Business Management in Warwick in Britain. He worked for a few small industrial groups before migrating to the United States. He became the Director of Executive Management at Microsoft and almost did his whole operations from his Goffice at Aluva near Kochi.

James Joseph did not come to earth with a silver spoon in his mouth. Born to a middle class family, Joseph lost his mother when he was too young to understand that loss. His father survived two accidents to give his kids proper education. Joseph knew what hardship meant and when in college itself he understood the need for ‘Bha-rati’ and ‘Dhan-rati’ (love for knowledge/light and love for money). As he progressed in his professional life he realized that both are inseparable in most of the cases. He wanted to fall in love with Bharati but without Dhanrati the former could not have lasted. But soon he realized that the older generations got their progress in life through following knowledge and the present global generation got its progress through following both money and knowledge, though not in its exclusive and purest of forms. Keeping these two notions in mind, Joseph worked hard to become a global leader and in the meanwhile he found out the taste of jackfruit. 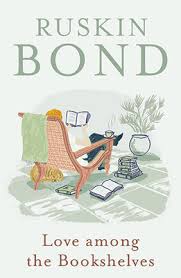 Though jackfruit is shown as the central theme of the book, James Joseph does not follow that trail to satisfactory effects. Joseph realizes the fact that the jackfruit at his backyard could turn him into a successful entrepreneur if he could make it available ‘fresh’ throughout the year. With meticulous planning and implementation of technology, Joseph invented a frozen variety of jackfruit which tasted as fresh as from the backyard, using his technological know-how and managerial skills. Today Joseph is a successful entrepreneur in Jackfruit products, apart from being a consultant for start ups and a global leader of his own merit. He achieved all these laurels by working from his Goffice at Aluva, Kochi in Kerala.

Part reminiscent and part manual for success, Joseph intersperses personal anecdotes with management and entrepreneurial tips throughout the book. He does not shy away from saying that he was very bad at English and he got confidence in handling it properly when he realized that his European classmates at Warwick were worst than him in using language. He shone in public speaking when he could slowly shed his inhibitions. James became a motivational teacher for many of his colleagues and young start ups. Joseph touchingly weaves in the stories of his marriage with a European girl (arranged marriage) and his relentless efforts to get a medical practitioner’s licence for her in India though she is a qualified medical doctor. He with sympathy and perseverance reveals the pitfalls in the bureaucratic approach of Indian officials. Joseph speaks volumes about his village, his love for nature, interest in organic farming and narrates a few acts of philanthropy. Goffice is a very interesting read, though at times I feel that I cannot be this perfect and meticulous like James Joseph in my daily acts. In my madness and melancholy, I tend to goof up things and appear as a failure therefore devilish before many but in the case of James Joseph he could establish a working heaven on earth, in God’s own country itself and could almost reach the perfection of the divine. However, I am sure the author also must be feeling his own oops moments and secretly enjoying his devilish flaws.
Posted by JohnyML at 9:11 PM