Vagina is Out, Breasts are In: I-Object of Megha Joshi 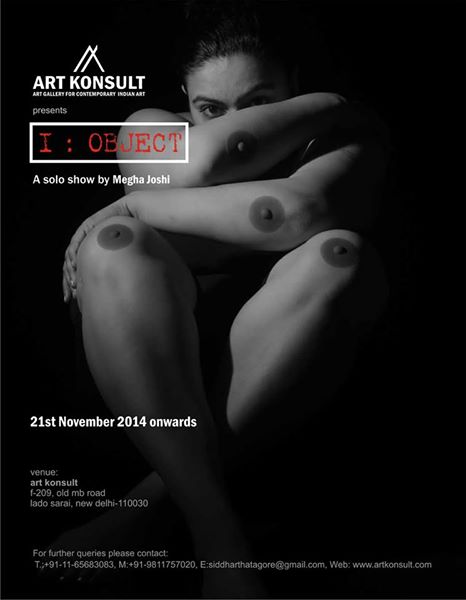 
Vagina is out and breasts are in. Judy Chicago’s 1979 work, the Dinner Party had brought in explicit vagina images on plates laid out on a triangular table with the names of highly accomplished women embroidered and etched on them. Megha Joshi, a Gurgaon based artist, creates a body of works based on the image of breasts done in various mediums including ceramics, fibreglass, rubber, prosthetic nipples, digital images of her own self and even a pair of punch bags. This coming of age show, as far as Megha Joshi is concerned, is titled ‘I: Object’ and is currently on view at the Art Konsult Gallery in New Delhi. In a world where a woman receives hundred cat calls in ten hours in public places, Megha Joshi’s ‘breasting’ through is a courageous event in itself. She actively questions the male dominated world’s view of breasts as sexualized objects and when she calls the show, ‘I: Object’, it gets multiple meanings; on the one hand the title explains why ‘I’, the self of a woman is always objectified and on the other hand, it is an emphatic protest, ‘I OBJECT’ you making me a sexual/ized object. Woven completely into the discourse of feminism, this set of works done by Megha, more than mooring itself on feministic arguments, draws its force from the dejection and objection that the artist as a human being feels in the contemporary society where she lives. 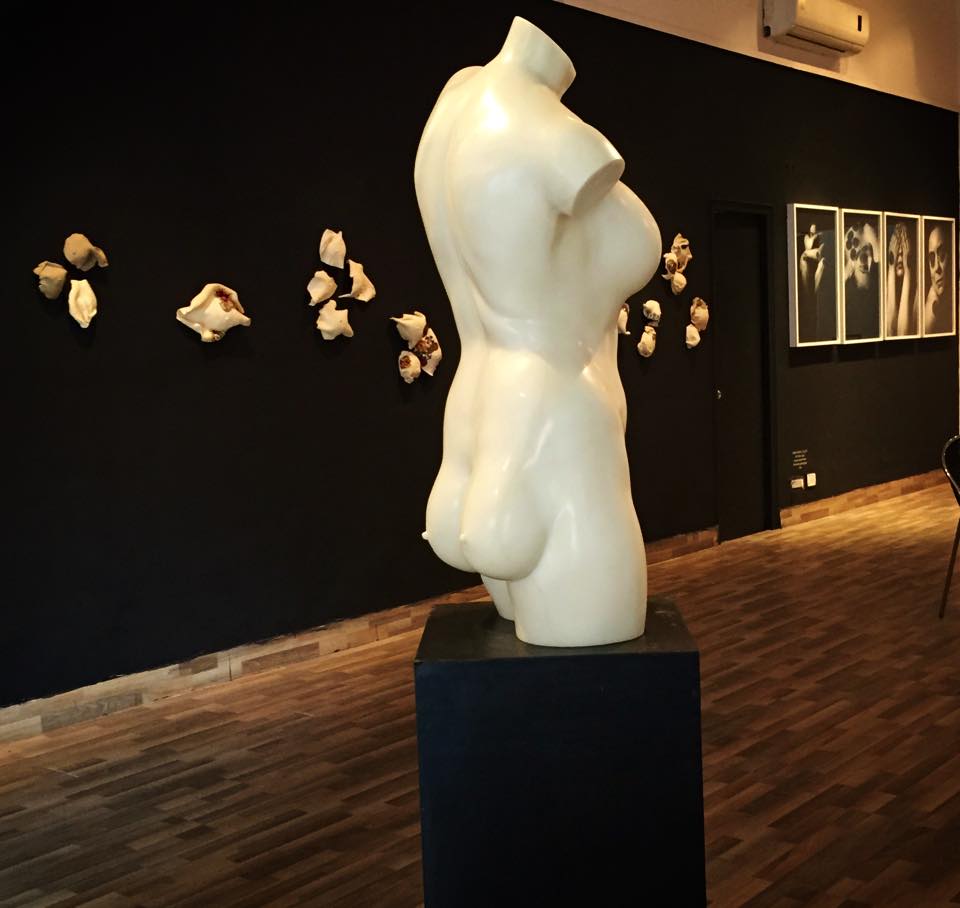 Once upon a time, as mythologies say it, Indra, the king of gods, ogled at a saintly woman with lustful eyes. Cursed by her sagacious husband, Gautama, Indra grew thousand eyes/vaginas all over his body and he had to go in hiding till he was relieved of this gaping burden. Men consider vagina as a curse, but he wants to see the woman only as a vagina. While Indra felt that it was a shame, women do not feel so though the objectification of their physical self as a vagina is always resisted, protested and even contested. In public domain, breasts are seen as an extension of female genitals and in I: Object, Megha Joshi lampoons such a deranged perspective of the male world by overplaying the mammary images in various mediums. Covered in mild sarcasm, Megha Joshi dispassionately displays the violence involved in the breast fetish of men by making permutations and combinations of breasts and nipple images in all the possible shapes and images. ‘Nipple’ becomes the marker here in these works as the moment a prosthetic nipple appears on to any surface, in the male eyes it turns out to be a surrogate breast. 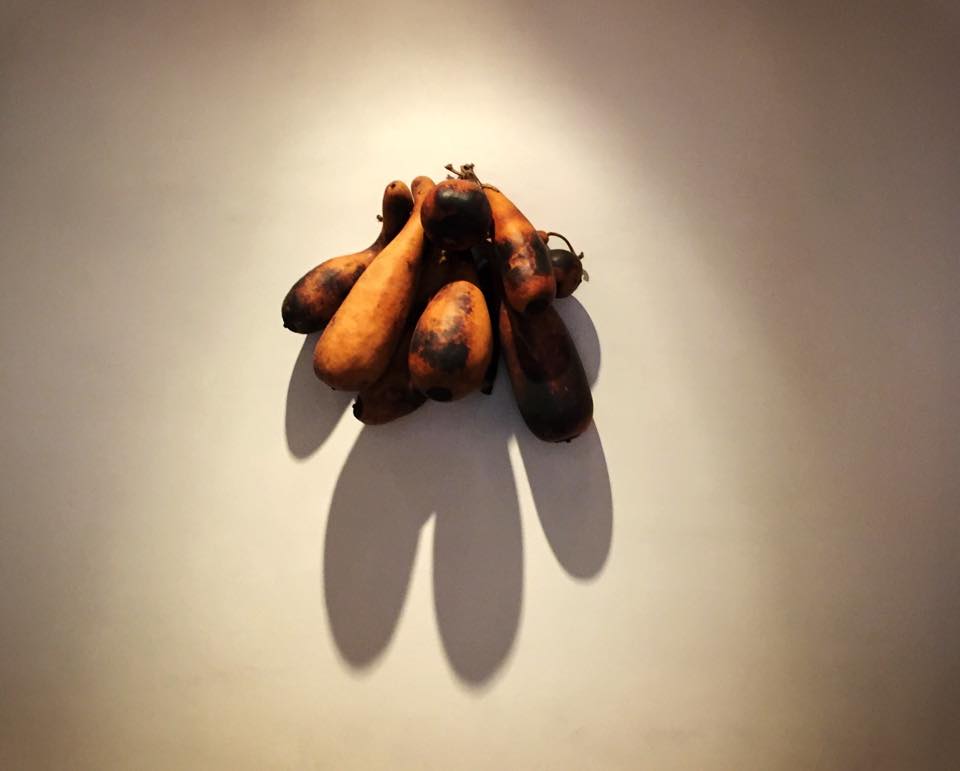 Megha Joshi’s tryst with breast forms started when she was literally devastated by the news of Nirbhaya’s rape in December, 2012. In a show titled ‘R.A.P.E’ (Rare Acts of Political Engagement) curated by me in Art Konsult in 2013, Megha for the first time presented a pair of rubber horns used in old buses and trucks, fitted with prosthetic nipples. The bulbous form that resembled a pair of breasts had generated a lot of discussion in the art scene at that time. By picking the line of thought that she had employed in creating that work, she has walked further to problematize gender issues in stark visual terms. Reminding one of Judy Chicago’s Dinner Party, Megha too presents ceramic plates with breast forms embellished by peacock feather images, followed by a series of ceramic forms with ‘nipples’ further beautified by sequins and embroideries. Absolute take away forms, these works could challenge the aesthetically drawn ‘breasts and vaginas’ commonly seen in the modern and contemporary art. In dried gourd shells, when Megha pasts the prosthetic nipples they transform into sagging breasts, literally shaming a male onlooker, in the meanwhile rousing the curiously of a female onlooker. In a series of digital photographs and prints on canvases, Megha proves that fitted anywhere on the body including the open palms and elbows, nipple forms could turn that area into sexually potent breasts. In these works, Megha in a performative act, opens her own body up for public viewing, at the same time cleverly avoids all the traps of generic titillation possible in such kind of works. 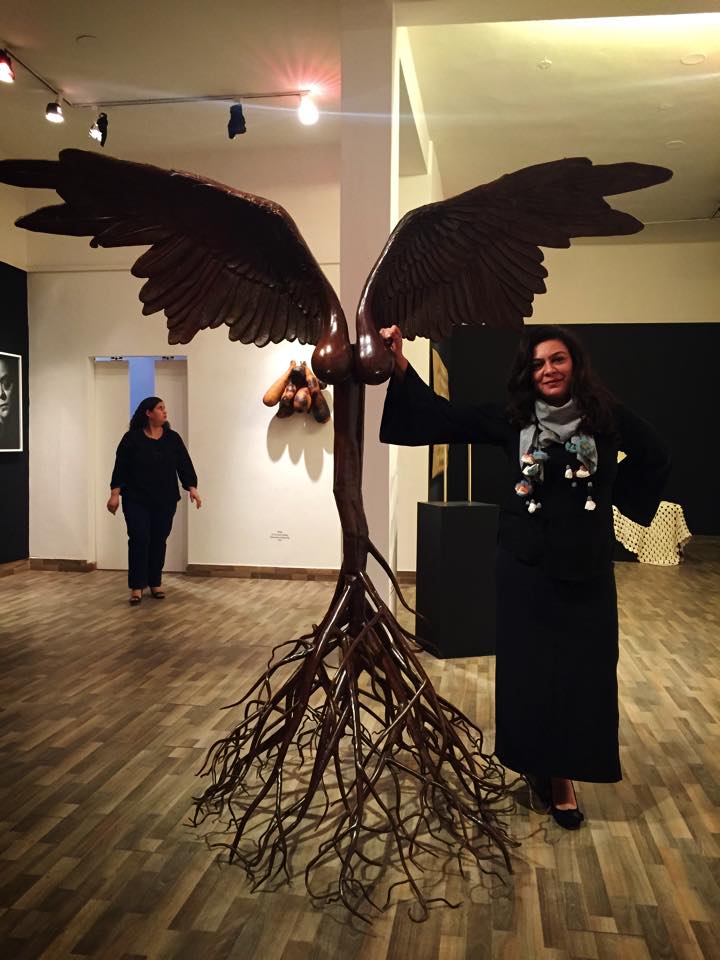 In a series of fibre glass sculptures, Megha evokes classical Greek sculpture references from art history. Taking a leaf from the Victory of Samothrace, she detaches the wings from the main body of the forward marching goddess Nike (2nd c BC) and places them on a breasted root base. The artist seems to say that women want to fly like a goddess but her roots are too deep in tradition, she cannot but remain steady in one place flapping her ineffectual wings. Another classical Greek female torso is cannibalized by Megha through the act of artistic irreverence as she plucks out the nipples from her breasts and places them on her buttocks. The reversal of nipple positions evokes the sad but sharp truth of men gazing at women and turning them as mere sexual objects, as seen in the illustrious work of Barbara Kruger (Your Gaze Hits the Side of My Face). One of the most interesting works is a beautiful conversion of a pair of speed bags/balls used in boxing practice. By pasting a pair of nipples on these speed bags, they suddenly turn into a pair of breasts, open to be punched by the curious onlookers. There is a pair of boxing gloves ready on the table. 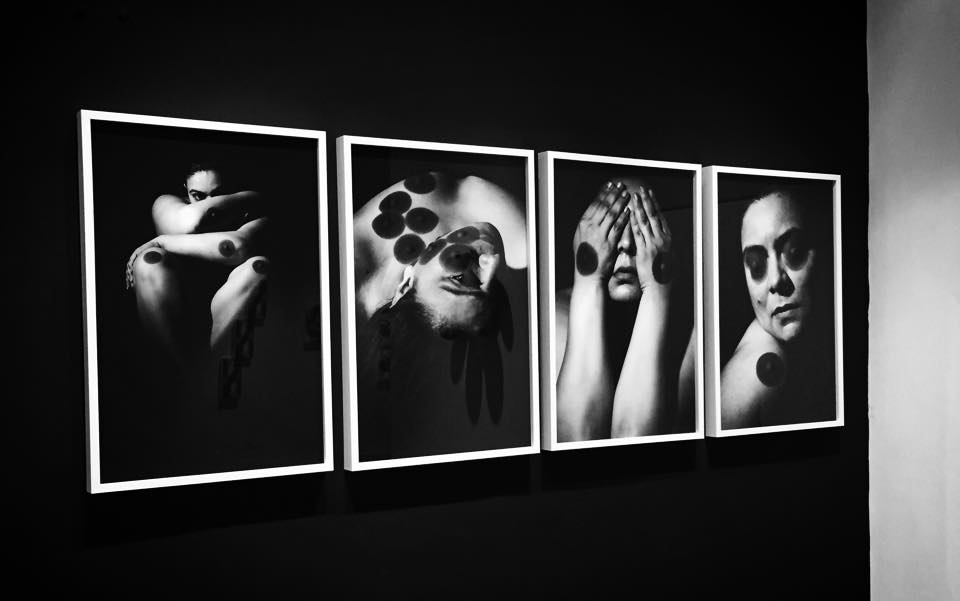 While looking at the works of Megha Joshi, one gets the feeling that she has more to articulate through these breasts images/forms. She wants to use more images, more mediums and more surfaces; a sense of overwhelming that an artist gets when the issue she deals with becomes overwhelming that the artistic outcome itself. Without titillating, the show holds our attention. Unlike other contemporary women artists who get into blood and gore, anatomy and veins, Megha has done a clean job and put her point across the society. May be, some may say they are too prosaic and loud, but to me these works announces the arrival of an artist who could speak about her body and its constant conversion into a sex object in the public domain. Megha’s works belong to protest art and it has to be a bit loud to be heard. But protest art could be beautiful too and Megha’s works are beautiful. They look at you with their nipples/eyes/I-s. And you freeze. Megha holds a mirror at a man’s eyes, quite unexpectedly and the reflection shames him. Megha has arrived with a thud...now what next. That I leave to the artist to decide.
Posted by JohnyML at 8:37 PM