33% Reservation for Women in Police Force a Farce 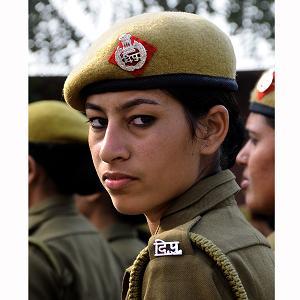 
Recently I saw a news item explaining how the Delhi Police was going to ensure 33% reservation for women in the job. It is good news on two counts; first of all, more women in the force, means more job opportunities for women. Secondly, Delhi being dubbed as the rape capital of India, presence of more women in the force would ensure the presence of security women in public spaces, which would in turn ensure the enhancement of the confidence level of the women folk in general and also would work as a deterrent for many miscreants. However, a second thought on the subject makes me feel that even if more women are included in the police force, it is not necessary that the nature of it changes for good. Well meaning graduates join different work forces and turn out to be deadwood in due course of time. They let the system grow into them and soon there would be no difference between the work force that they had detested once and the one that they have become over a period of time. Police force is not different from this. Men or women, well meaning people join the force and majority of them comes out as a different species of beings that would show the worst side of the human nature. 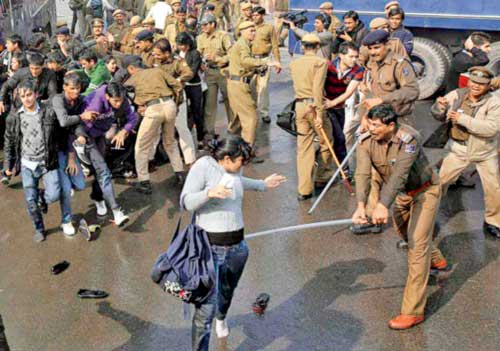 (Where is the women police?)

Cultural shock came to me when I went to study in London twelve years back, primarily in the form of flashy mobile phones held so dear by the Black road workers with dreadlocks. Then it visited me in the form of police couple uniformed in black and white. These community police force members are sent out to the streets in man-woman pairs so that they could act as human surveillance agencies. They looked more friendly and social than the ones that I had seen in the English movies. Another thing that attracted my attention was the criminal’s right to demand witnesses during his arrest and the police’s benevolence to oblige. In India I had not seen this sophistication but had seen women police constables very rudely behaving. There are tough cops amongst women and also benevolent cops amongst them. Tough and benevolent ones are a rarity. Those who become tough and rude find the reason in the context in which they work. They work in the most vulnerable, ruthless, dangerous and explosive contexts therefore they have to be tough. Or they grow tough gradually. But is it necessary to be rude to all only because you are a policeman or a police woman? 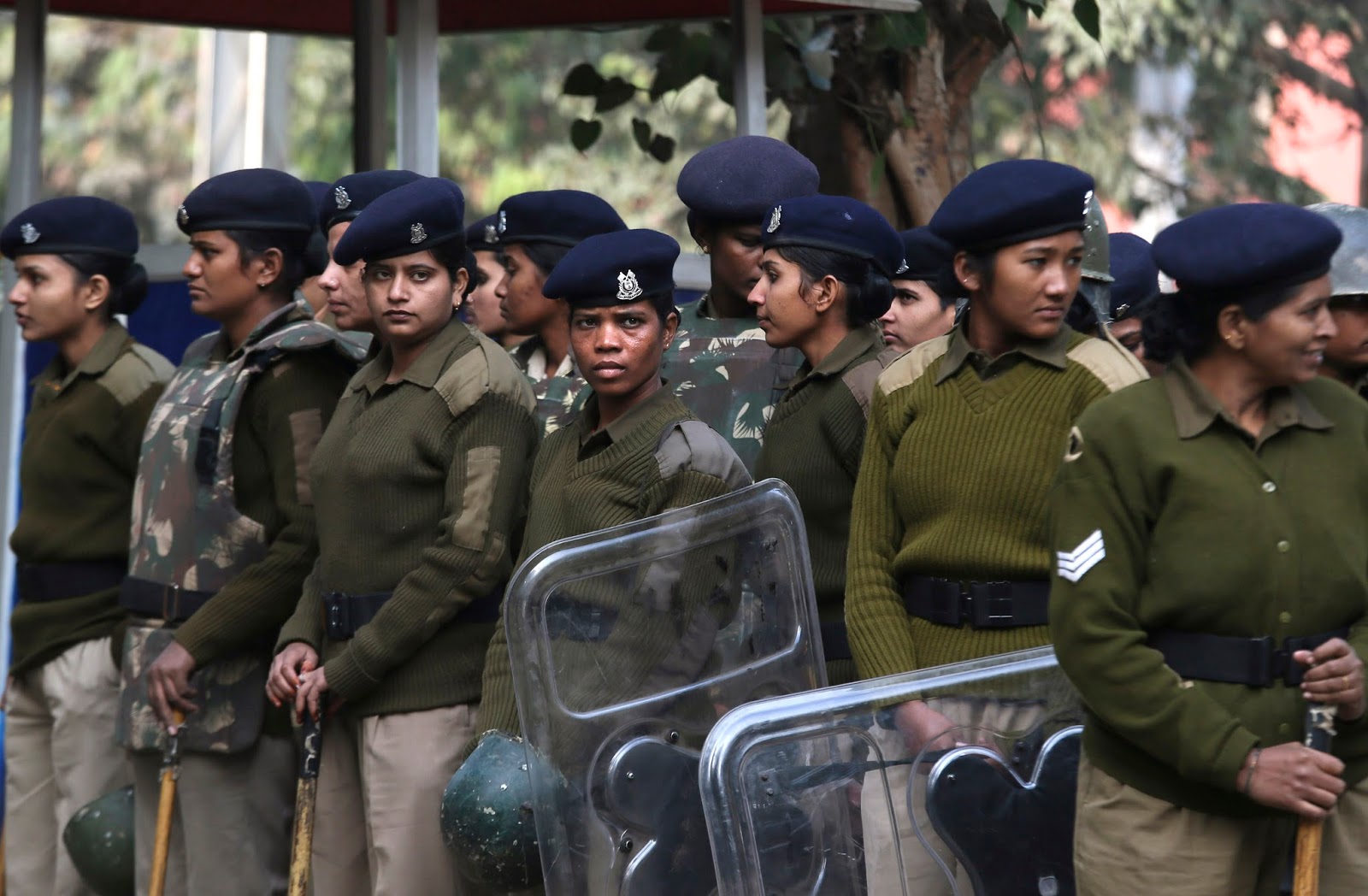 Systemic aberrations and the loyalty to the force/state that is taught during the training days make young male and female recruits tough cops. First of all they are made to believe that the system is faulty; as the system is faulty, one is permitted to take certain liberties that include negation of instance justice that includes avoiding the filing of FIR. Secondly, their loyalty is primarily to the regiment/force, which in turn is an arm of the state. But the state is not an abstract value here; it is coloured by the ideology and policy of the ruling party. In this reality, the police force becomes a force of rogues who work for the ruling party and its definition of the state. In India we hardly see policemen and women trying to diffuse the anger or a group of protestors. There is nothing called negotiation in their dictionary. There is an order by a senior police official through the loudspeaker asking the protestors to disperse. The governments and the police force then confront their own people with rubber bullets, batons, water cannons and tear gas shells. Caning which is fondly called Lathi Charge in India, is the crudest form of dispersing people who come for protest march or protest meetings. 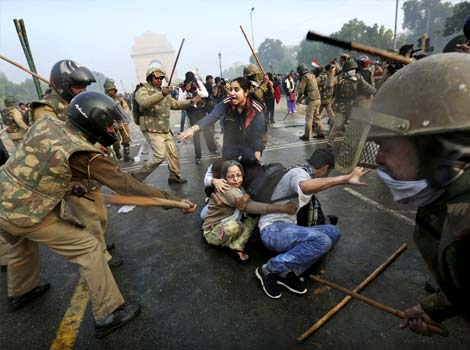 Police force needs to be tough and pro-active. But in our country Police force is tough and pro-active mostly for self serving businesses. Recently in Kerala, when an old person who was caught in the mayhem got severely caned by the Rural Superintend of Police. When asked for an explanation, he said, if someone touches one of us, I will not leave him alone. Here, police behave like a criminal groups rather than modern forces that maintain law and order through persuasive and mild punitive methods. Hence, whether it is not sure whether the police force would become more benevolent if more women are included in it or not. Mostly women in police force are depicted as masculine women, who overtly show some lesbian torture techniques. In the public imagination a police woman is a prop that accompanies her male counterparts. If at all she is portrayed as a leading figure, she is an IPS officer, who ‘(wo)man handles’ thugs and politicians suing the real ‘man force’. This stereotyping of police women is more or less adopted in the real situation also. We do not see police women patrolling the streets in order to ensure the safety and security of women folk and girls. We see police women sitting in groups thoroughly bored. Difference between the bored women work force of any other government department and these police women is only in their war fatigue. They unnecessarily carry heavy weapons, shields, helmets, batons and other weapons. 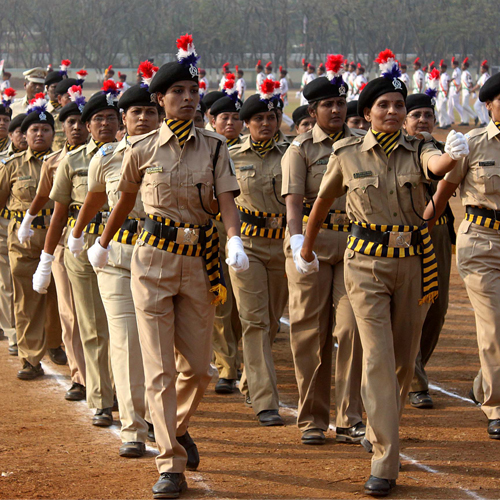 Indian police women should be trained in combative methods and there is no problem in presenting them in full combat gear in armed forces. But they are under used or used just as props. Nowhere in the Indian protest videos we see women constables caning women protestors. We see them carrying the stubborn and adamant women protestors to the waiting police vehicles. Their job is a bit ‘domestic’ in this sense. They are supposed to clear out the spoils of their male counterparts’ aggression. This situation should change. Mere inclusion of women into the police force does not ensure equality or justice to women or men. It is a cosmetic move than a fundamental change. In order to change the fundamentals, there should be a thorough change in the basic idea of policing. Good teachers becoming bad teachers, good clerks becoming bad clerks, good engineers becoming bad engineers and so on are attributed to the unavoidable corruptions within the system. Similarly, good police force becoming a bad police force has become a norm. This attitude of becoming bad should be changed and the policy makers should try for it.
Posted by JohnyML at 10:41 PM