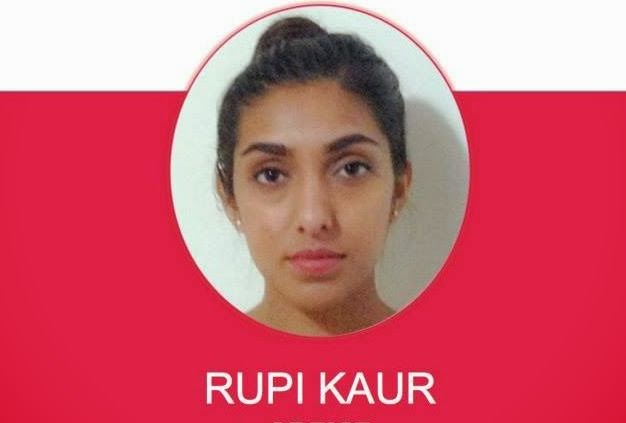 (Rupi Caur, the poet who brought menstruation into social networking)


Rupi Caur, the Canadian Sikh poet is famous because of Instagram’s in-house censoring of offensive images and the post-Rupi Caur protest withdrawal of the censorship it employed on her menstruating pictures. Before this furore over the pictures of her menstruation, she was one amongst many who aspired become future poets. Menstruation has given her a new cult status because she fought her way through the flimsy walls of social networking censorship; today she has become a world icon for feminists though many of us know her not by her face but by her soiled pants, toilet floor and commode. During the debates that followed the act of instagram censorship, she has said something to the effect that she menstruated as a creative act. I am not convinced. My lack of conviction on her act in fact does not make any difference to her reputation or the women’s struggle for being accepted as menstruating beings. Still I would say that her photographs are revolting and they do not have any aesthetic or creative value. If her photographs have any creative value, then the photographs showing the protestors of Jharkhand shitting on the central government’s Land Acquisition Bill also should be aesthetically elevating.

Almost three months back, in the South Indian state of Kerala, feminists and public intellectuals and activists had come forward to create a protest around the women’s right to menstruate and remain socially acceptable human beings during those seven days of ‘you-know-what-I-mean-shame’. Unlike Rupi Caur’s call for the right to menstruate, however justifiable that is, the Kerala women’s protest to menstruate was more historical and relevant than that of Rupi Caur. In fact, the struggle for human rights (irrespective of gender) does not work on the levels of comparison because one struggle is not better than other as each struggle has its own value to add to the general cause of gender equality. Yet, I would say the Kerala strike of Menstruation was much more relevant than that of Rupi Caur because the Kerala women were asking their right to travel in public transports during those days. There was a blanket ban on women in Kerala, preventing them from travelling in the state owned buses that ferried the male devotees to Sabarimala, the seat of Lord Ayyappa where women who could and would menstruate are not allowed. The reason for this is cited that Lord Ayyappa is a Brahmachari, chronic bachelor therefore only pre-puberty and post-menopause women are allowed. In terms of tradition and ritual we could accept this restriction but restricting women from the public transports plying to the pilgrim centre is something really chauvinistic. 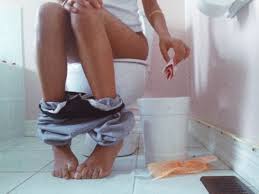 (one of the controversial pictures by Rupi Caur)

Kerala women protested against it and Kerala as a cynical society with moral policing as a new trend for preserving conservatism, this protest was seen with much scorn and contempt, once again showing the real chauvinistic mettle of this total literate state’s cultural shortcomings. Sabarimala had also become the eye of a storm as the authorities performed a cleansing ritual in the temple premises as the priest’s young daughter had visited the holy shrine without the permission of the authorities. It was a public humiliating of that girl who had visited the temple without intending to pollute it. Somehow the whole argument of allowing pre-puberty and post-menopausal women in Sabarimala is so skewed that the new age authorities, even from their personal experiences do not acknowledge the fact that it is not puberty or the end of menstruation that makes a woman averse to sexual intercourse. Young children are aware sex these days. Sexual drive of women need not necessarily diminish with the setting in of menopause. As Shobha De says, sixty is the new forty. In that case, the authorities either should think of imposing a blanket ban on women of all ages from visiting Sabarimala or they should let all women to visit the place irrespective of their fixation on menstrual blood. In my opinion the latter would be a feasible and democratic move provided the women want to go there at all. My suggestion to women of all age is this that just avoid Sabarimala because the devotees need not be well behaved even when they are on their way to see a bachelor god.

In fact, menstruation is a biological process that happens in the body of a woman, as it comes to know that the person in question is not ready for conceiving a child. My school biology tells me that a woman’s body prepares an egg for fertilization every month and prepares the whole body for receiving a sperm. When that does not happen, to save the body from complications, the preparatory arrangements are ejected from the female body. These preparations for making a life come out in the form of blood and cleanse the woman’s body, once again rendering it clean and healthy for future conceptions. It is a biological fact. It is not polluting but it is a cleaning process. How can we keep women out of our lives during those days when they are really going through the process of cleaning their own system? To see it in more philosophical and scientific terms, a woman’s body is gender neuter during these days of menstruation (a scientifically learned beautiful mind informs me). She is neither a male nor a female in those days. She could be a male or a female depending on the overt presence of testosterone or estrogens during those days. Once she finishes her menstrual cycle she once again becomes a complete woman and her body is now ready for another cycle of producing another egg. It is an absolutely divine process and one could say the most pure processes in the world. Somehow our chauvinistic thinking tells us that women are polluted during those six or seven days. 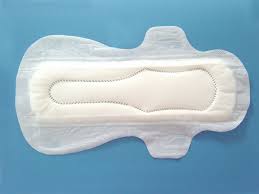 This male chauvinistic perception on menstruating women should be having something to do with our ancient life practices and myths. A menstruating woman with minimum clothes (during the pre-civilization years) must have been a fearful sight for the otherwise masculine men. They thought during those days women possessed some extra powers and they were gifted with some divine capacities. The pre-menstrual symptoms (PMS) such as irritation, anger, impatience, aggression, moodiness, depression and so on were taken for divine or evil attributes of women during those days. As there were not any sanitary napkins or pads available, women preferred to sit away from the groups. This might have been later got translated into forced isolation during those seven days. It took so many years for women to have access to proper sanitary pads. They were using traditional cotton pads and out of shame and embarrassment, women preferred to stay away from public gaze. As they were carrying blood smeared clothes with them, they were not allowed to go to kitchen or places of worship, perhaps to avoid inconvenience caused to themselves. It slowly became a taboo; exactly the way endangered species thanks to over killing become taboos. Menstruating women became a taboo because it caused inconvenience to themselves. But the male chauvinist world made this inconvenience of women a virtue. In order to subjugate them, they made menstruating women to be polluting creatures.

In my childhood I have seen my mother and other women relatives using backdoors to enter home. We did not know why they did so. They also stopped entering the family temple. They were restricted to move around or they chose to maintain some sort of shame in those days. Rectangular shaped cotton clothes drying in the backyard used to be a monthly sight and the hieroglyphics of it we children were not able to decipher. Threads and rectangular clothes vanished to nowhere after five or six days till they reappeared after a month or so. It took so many years that something happened to women during seven days in a month. First it was when my sister was made to behave differently on a fine morning. My parents were shedding tears and I was happy to get a share of sweets that the relatives brought for her. Soon, as if triggered by the good fortune my sister got, a few of my cousins went through the same days of euphoria and I ate a lot of sweets in those days. Slowly, I too understood what was happening to my sister and to my cousins. They started behaving different suddenly. With their unnatural behaviour came the television advertisements. Beautiful hands poured ink on cotton pads, while one absorbed it well and the other did not. Beautiful girls spoke of those ‘you-know-what-I-mean-seven days’ in those advertisements. My mother started bringing a black polythene cover every month. It looked like bread and like the black cover, it was a huge white silence inside. It came with different names, Stay Free, Carefree and so on. In North India, I saw it was beef other than sanitary pads and condoms that got the special treatment with black polythene covers. 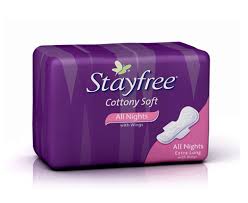 Today, television beauties do not speak like ‘you –know-what –I –mean’ kind of hush-hush dialogues. They talk about confidence that they exude during those seven days. We have moved from the days of silence about menstruation to women boldly speaking about it and even spreading awareness by giving message written on sanitary pads. The menstrual-phobic men are like primitive creatures who were afraid of blood oozing vaginas in particular and vaginas in general. They thought vaginas would bite. A blood dripping vagina, for them was/is something really bites. They cannot stand it. So they employ censorship. Those who have not kissed their wives without drinking become moral police. Those who have not once held their wives’ hands in public become moral police. Those who have not once dared to have intercourse with their menstruating wives become moral police. Let me tell you, stupid men, menstruating woman is the most pure woman in her elements. With the blood she tells you that she waited for you but you did not come. With that blood she tells you, you come or not I will be prepared because I am the creator. With that blood she enriches the world and with that blood she purifies herself. A menstruating woman should be treated as the most pure being in the world. And as a man, I love to make love to my woman, when she is menstruating.
Posted by JohnyML at 11:49 PM

Its a logically debunked article..... johny ji! Thanks for your concern and opinions..