Better than Straight Lines to Life 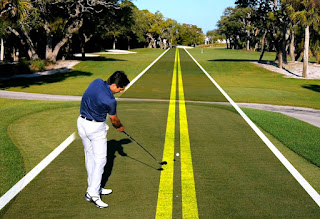 
How does my death come, I do not know
(All poems that are meant to go wrong
Perhaps start with invoking death.)
I would like to do die seeing snow
Falling into the wintry white nights
Where birds sing songs of redemption.
If not, eating dried meat and sipping vodka
Near a dim lantern light, like a Russian character.
Perhaps, I would like to die like Hamlet
Who keeps chanting ‘to be or not to be’
Or else like Ravi who was bitten by a snake;
But I am not sure about any of these deaths.

Death could come by anything else
So mundane like a stray bullet
Or by pellets that make designs of darkness
And blood in eyes and raw flesh.
Death could be by severing tongues
And fingers, one by one.
It could happen while four men
Hold you like a hammock and the rest
Beat you into pulp; broken bones and teeth
You could die rotten in dungeons
Carrying the burden of being an anti-nationalist.

You could invite death by writing
You just need to write.
It would come by motor bikes.
It would knock at your door
Instead of a good morning or a packet of milk
It would simply pump a couple of bullets into your chest
At times, it could come to you
When you are in a jogging track.

Death is a great tempter
It could help you prepare your own gallows
If not, it would help you to severe
Your own tongues and fingers.
It gives fire to torch your library
And lead you gloriously into that pyre.

Death could come at any time
That is a sort of surety
But today it is a deed signed and sealed
‘Shut the fuck up’, says death, ‘if you want to live’

I do not have any weapon to fight death
However, I wield the whip against the
Wholesalers of death, sometimes stones
And some other times words and tears.

It is better to have the curves of words to death


Than to live the life in a prescribed straight line.
Posted by JohnyML at 6:09 PM