Double Speak in the Indian Art Scene is Dangerous than Pellets 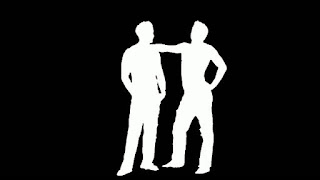 In our art scene I have a lot of interesting friends. Some of them mean well to me and some of them do not. But that does not make much difference because after all what I do in the art scene is more important than what others think about me or what I think about others. Yet, I can’t help recounting an incident. One of my artist friends, a few years back, suddenly started saying very good things about me. He was in fact reporting about a party that he had attended on the previous night. He said that all our artist friends were of very high opinion about me. “You know, they say in India there is only one art critic who has the guts to say things as it is; that’s JohnyML,” he said. As I knew him well, I took two pinches of salt from the air before relishing the words of praise. But he had not finished and he added, “But you know X?” I knew who X was; a noted artist. “She says you are a number one bastard.” He grinned. I could peel a layer of satisfaction from his face.

There is a reason why I recounted this incident which in fact had amused me a lot than hurting me in any manner. These days, I come across some art people who profess themselves to be hardcore secularists but somewhere harbouring this idea that whatever the present government at the centre with a firmly placed and unapologetically declared ideology of Hindutva as its anchoring force, does is good for not only the society in general but also a lot good for the culture of our country. Their arguments go something like this: “What if they replace the institutional heads with their own people? Till now the previous governments were keeping their people in those positions. But you see, this government is doing horrible things. But let’s hope something would happen for good. I believe, things are going in the right direction.” I am at a loss for figuring these statements out in the right perspective. Are they forwarding a critique or are they saying it’s fine? These fence sitters are everywhere, especially when a majoritarian government takes the reins of a country. 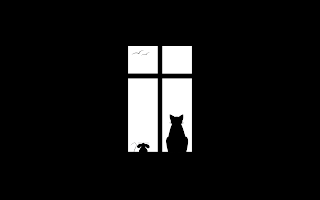 Majority of the people would tend to support the policies of the government using filtered down propagandist ideas and untested as well as unqualified pedestrian wisdom. They believe that being with the government policies despite its anti people stances in several other fronts would help them to progress materialistically in life. While a section of people ululates the government policies regarding social engineering and manufacturing of culture and consent, another section keeps a studied silence or ambiguous hems and haws which could interpreted as yes or no depending on their strategies of survival in a given time and context. Those who critically approach the government policies without taking hardcore oppositional views and yet provide logical and constructive criticism are lampooned at various levels by calling names or throwing gender, religious and racial expletives at them. I am pained at the fact that the art communities which are supposed to be functioning away from the dominant ideologies and mainstream societies too somehow has succumbed to the pressures of the time. They have gone back to the basic Darwinian theory; survival of the fittest. And unfortunately today the fittest amongst the artists are those who keep silence or remain ambiguous about the anti-people government policies.

I don't say that the artists should come out and make political speeches or do some chest thumping on behalf of the suffering humanity, Dalit oppression or anti-Muslim rhetoric. Nor do I insist that the artists should make works of art with overt political implications, messages, suggestions or underpinnings. Artists could live in seclusion and seclusion is one of the political stances. But we should not say that artists living in seclusion are silent. Silence and seclusion are two different things. Keeping silence and yet trying to be present in the political as well as socio-cultural mainstream is a choicest crime. But retreating in a secluded life and still working without fussing about in the social realm is a chosen political stance. It is a sort of committing social suicide as the Buddist monks do via self immolation. They decimate their being and make their final act painfully strong before the watchful eyes of the oppressive government. It is also like Perumal Murugan’s ‘murder’ of his writerly self (though he called a suicide of the writer in him, in my view it is a murder, a sort of violent immolation of the self by splitting it into two spiritual and physical. While allowing the physical self to live on Perumal Murugan killed his spiritual and creative self which was definitely a political act; an act of symbolic resistance against the right wing moral policing against his art and research). Artists could retreat into nothingness, means no social presence at all for years on and still they could work and when the good climes come back they could resurface and show the world what they have been doing all these years in seclusion. 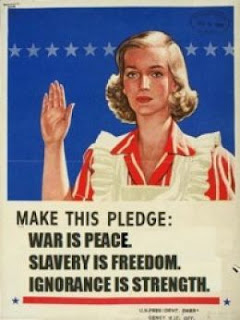 Many have forgotten this art of seclusion. They all want to show their good selves in the mainstream society so that they could be seen, heard and recognized and even awarded as artists. This situation has created the surfacing of degenerate art in India. Look around. Most of the galleries have stopped doing shows. Those artists still want to show are going to the public galleries. The important art platforms have already divested or even surrendered their founding philosophies in order to get funds, political favour or presence. The art of the alternative has come to take the mainstream position these days. Graffiti art which was started off as an art/act of rebellion has now been absorbed, co-opted and castrated by the mainstream society by helping it to appear in the public as well as private funded walls. The self serving middle class invites artists to their housing colonies to decorate their walls and the newspapers hail them as the part of city’s aesthetical resurgence or city beautification. Even the people’s political parties like the one that rules the partial state of Delhi also promote graffiti culture taking some sort of social integration as its medium and purpose. These self defeating acts of aestheticisation of rebellion into domesticated city beautification also have brought in a different kind of degeneration to our art scene. Our major art institutions have almost stopped having good shows, instead they have started presenting projects all of which have the rightward tilt, towards an imaginary nationalism.

One of friends recently surprised me by saying that none cares even if the prime art institutions in the country function well or not. Whether they are opened for the public or are closed forever, none bothers. He is a devoted apostle of free market and right wing liberalism but as he operates partly in the art scene he has to speak out against the illogical acts of cultural twisting undertaken either by the government or its agencies in order to survive as a radical, cutting edge and ‘different’ sort of an art enthusiast for the age old belief that the art scene has people who are unrealistically romantic and impractically left leaning. So it is still imperative for many to wear the mask of social progress against social development. One clearly knows what one means by progress and by development. Progress is a fundamental principle of the left leaning ideologues and believers because through the overthrowing of orthodoxy, they believe they could usher in a new world of mentally liberated people. Development on the other hand means the materialistic development of the infrastructure for easing commerce and industry making the global economic flow channels hindrance free without heeding to the socio-cultural and politico-religious disparities and imbalances that such developments would cause while sticking to tradition and orthodox practices of socio-moral and religious practices. Somehow, people believe that artists are for progress and they are against development. My friend has not have seen the fact yet; in these days of degeneration, many of the artists have become the apologists for development. 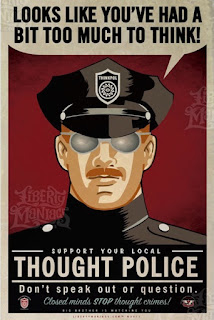 My friend religiously underlines the fact that he is educated and liberal so he cannot accept the fact that human beings are different based on caste, gender or race. But at the same breath he adds that life is such a bitch. It has to be imbalanced. Everyone cannot be rich. He quotes his servants who say that in their villages there are people who believe that the present prime minister of the country is an avatar of Lord Vishnu who has taken birth to change this world and alleviate the poor from their grievances and elevate them to the perpetual heaven of luxury, comfort and security. They however do not see that to get passage to those heavens one has to be from a higher caste, follow right wing ideologies, stick to orthodoxy, be gender biased and definitely think that cow and country are better than anything else in the world. Mother and motherland are better than heavens, they say. While we are over conscious of our motherland, mothers are generally ignored the moment we put gender bias as our guiding principle. Surprisingly, my educated artistic friend believes that India is not of the educated and the urban people like ‘us’ but it belongs to the people like ‘them’ who come from village and blindly believe that the Prime Minister is god’s incarnation. For a moment, you would think that the friend is really progressive and believes in democracy by taking an inclusive stance. But the truth is that my friend is actually reflecting himself or his basic faith in the government by shrouding it in the ignorance of the servants who come from the villages. He says that ‘you and I’ are different and ‘you and I’ do not agree with beating up the Dalits in Una or elsewhere for skinning cows or killing cows. But he adds, “But see, 90% of the Indian citizens believe that the Dalits should be treated like that.”

I do not know from where my friend got this statics that 90% Indians believe in beating up the Dalits. I am sure that he is speaking his mind by covering it up with the 90%. My friend is not the only one. I have come across so many people who have become uncritical of the government policies regarding social engineering while extolling its contributions towards the economic and militaristic growth. These are the artists who are seen these days in the mainstream art platforms. My friend is just a tip of the ice berg. I remembered my other friend who quoted another artist saying that JohnyML is a big bastard when this friend of mine said that though beating up of Dalits is a bad thing to happen in India, ninety per cent of the Indians believe that Dalits should be beaten up. I am vary of such friends. They speak their mind using the ignorance of servants and other artists as a cover. Such double speak is more dangerous than the pellet guns currently used by the Indian military for curbing Kashmiri rebels.
Posted by JohnyML at 2:08 PM