Idea of Death in the Life of Someone Dying: When Paul Kalanithi’s Breath Becomes Air 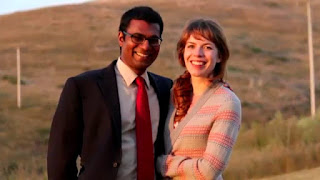 
Somewhere in his book Paul Kalanithi writes about death, “Before my cancer was diagnosed, I knew that someday I would die, but I did not know when. After the diagnosis, I knew that someday I would die, but that I did not know when.” He goes on to say that death is an acute awareness and it was not just a medical problem. “The fact of death is unsettling. Yet there is no other way to live.” Paul Kalanithi died of lung cancer in March 2015 and he was just thirty five years old. His academic achievement is unprecedentedly unique; a BA and MA in English literature and a BA in Human Biology. Now let me quote from the black flap of the book that I am going to write about in this brief article: “He earned an M Phil in history and philosophy of science and medicine from the University of Cambridge and graduated cum laude from the Yale School of Medicine.....He returned to Stanford to complete his residency training in neurological surgery and a postdoctoral fellowship in neuroscience, during which he received the American Academy of Neurological Surgery’s highest award for research.”

‘When Breath Becomes Air’ is Paul Kalannith’s autobiography and an absolute page turner. Even if the introduction of the book says that it is an incomplete work as Kalanithi passed away while writing it even when he was going through the debilitating chemotherapy, the book gives a complete picture of his life and most importantly of (everybody’s) death. Here is a young man who wants to become a writer but before that he wants to know how the human minds worked. So he goes on to pursue literature in the University and by the time he finishes this education he realises that he needs to know about human biology and history of it. From macro world to the micro world, his journey has been intense and by the time he reaches his destination of a high position in Stanford itself as the Scientist-Doctor, fate strikes him down differently. Kalanithi writes it down how. 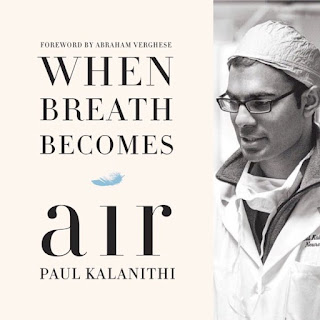 This could be treated as a book of death, a philosophical work that intends to understand death in the mind of not only a man who is living but also in the process of dying. The opening statement of this article is very telling for all of us come with an expiry date but we do not know what the exact date is. As we go on celebrating our lives, getting into ego trips, quarrelling and posing, suddenly life gives an indication of that expiry date. In Paul Kalanithi’s case he gains a vision as he is diagnosed of cancer. He understands now that he is about to die, but still he does not know the expiry date. In such a situation, doctors would tell anyone to get into the stuff that you want to do all your life but have postponed for some reason. Doctors would also give a glimpse of your future; depending on the prognosis, you could live for six months, six years or six days even. If that is the case what would you choose as your dream pursuit?

It is difficult for a doctor, not an ordinary doctor but an Alpha scholar of Neuroscience. Paul Kalanithi knows what his illness is all about. He participates in his treatment as a doctor would do in the case of a patient; but being a doctor-patient is a difficult thing. Being a genius, he understands it all, perhaps more than what his doctor in charge knows about his illness. This knowledge gets him in conflict with his colleagues and personal doctor; one of them even tells him that had it not been him, they would have gone ahead with the treatment they had decided. When given a chance, Kalanithi decides to continue neurosurgery even when his physique was failing him. Then the final realization comes in. He is supposed to write down his life, and death too. He writes while his fingers, hands and shoulders go through acute pain. And in the meanwhile through artificial insemination he and his wife Lucy Kalanithi decide to become parents. 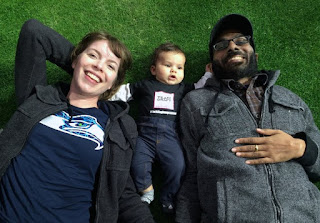 (Paul and Lucy Kalanithi with their daughter Elizabeth Acadia)

Born to a South Indian migrant couple in Arizona, Paul Kalanithi was a child prodigy who took an interest in literature and all the other subjects. Literature became his first love and at one point he thought that he would choose poetry to scripture. In the book he writes about faith and love, which only the glimpses of death could evoke in you completely. Kalanithi writes: “Everyone succumbs to finitude. I suspect I am not the only one who reaches this pluperfect state. Most ambitions are either achieved or abandoned; either way, they belong to the past. The future, instead of the ladder toward the goals of life, flattens out into a perpetual present. Money, status, all the vanities the preacher of Ecclesiastes described hold so little interest; a chasing after wind, indeed.”

If this book is a book of revelations then the epilogue written by Kalanithi’s wife, Lucy Kalanithi, a doctor herself is so moving that at some stage one would wonder whether the book is good or the epilogue is. Like word and meaning, they have been together for twelve years and Lucy becomes the meaning of Kalanithi’s book with her twenty five pages long epilogue. Holding their eight months old baby, Elizabeth Acadia (Cady), Lucy writes: ‘ “Bereavement is not the truncation of married love,” C.S.Lewis wrote, “but one of its regular phases- like the honeymoon. What we want is to live our marriage well and faithfully through that phase too.” Caring for our daughter, nurturing relationships with family, visiting Paul’s grave, grieving and honouring him, persisting...my love goes on-lives on-in a way I had never expected.’” 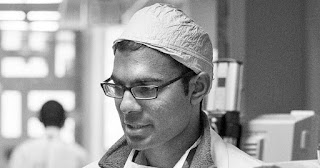 By the time I finished reading the book, I had tears flowing down on my cheeks. I did not know whether those were tears of sorrow or relief. I was feeling choked and the tears were the only way to vent my feelings on a cold and silent morning. Paul and Lucy did not share a trouble free life. They had their share of fights and they were about to separate, an episode that Paul reveals in his book. Lucy accepts that publication of a private crisis with dignity. Lucy writes: “..I am glad that Paul wrote about it. It’s part of our truth, another redefinition, a piece of the struggle and redemption and meaning of Paul’s life and mine. His cancer diagnosis was like a nutcracker, getting us back into the soft, nourishing meat of our marriage. We hung on to each other for his physical survival and our emotional survival, our love stripped bare.”

My eyes moisten even when I write these words. I had read Randy Pausch’s ‘Last Lecture’ years back, a similar story of a young computer scientist with three young children and wife and the sudden diagnosis of cancer (http://johnyml.blogspot.in/2010/02/last-lecture-living-to-tell-tale.html). Pausch had taken three months to finish his book and Paul too almost took same time to write, yet he thought it was incomplete. What struck me while reading the book, ‘When Breath Becomes Air’ was the micro narrative that Paul Kalanithi takes up for writing about anything that comes to him or happens to him. Everything is seen in a fresh light, even the park bench, restaurant, ice cream, sun rises, soap foam etc become so important in Kalanithi’s narration. This happens when death sheds light on life and also when people become so attentive not only to their lives but also the lives of others. A must read book.