The Reasons Why India Does not Have Great Woman Artists 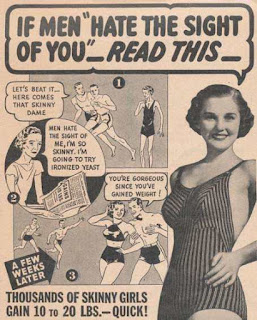 Responding to my article published on 8th November 2016 (Why India does Not Have Great Women Artists?) a woman artist from Kolkata says that historically men are respected in the society more than women and men have freedom to see the world and women always belong to someone else which curtails her freedom to move considerably. She goes on to add that to be creative one has to have freedom and go deep into one’s own self. Whatever she has said is right and justified. But I find there is a huge problem in her statement as she seems to parrot the common refrain that women often express when it comes to their freedom (of expression). While accept the fact that Indian women are not yet free the way their counterparts are elsewhere in the world, I would like to ask a few disturbing questions regarding the initiative and agency that women need to take in order to come out free (or live in freely) and express whatever they want.

Those who say that women have been an oppressed class and a suppressed gender do not often speak about the replication of such oppressions and suppressions by women themselves within the system despite having enough education to understand what is going on with their lives. Education is one of the primary liberating aids that patriarchy had taken away from women in order to keep them inside homes/kitchens. When human beings where nomads and also when they became settled agricultural communities women were not discriminated the way we see today; for the perpetuation of the newly found societies norms there had been division of labour which women had accepted happily as the formation of hierarchies was not yet seen or felt. While women exercised power over procreation and household men might have felt a bit inferior therefore they introduced a hierarchy which gave more power to men in the running of households and societies, reducing women into nurturing agents. Introduction of hierarchy might have strategically planned by curtailing the physical movements of women outside homes as men found physical movement as the primary step towards education. 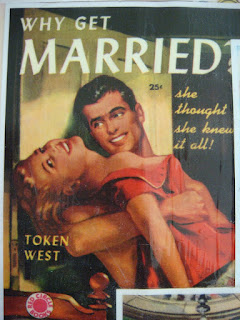 Curtailing physical movements not only around the places but also symbolically by making them wear neck elongating rings, movement controlling footwear and so on was one effective way to prevent women from getting educated because movement in the terrains brought new experiences which sooner than later converted into concepts, which demanded an active brain for comprehension, planning and execution. With limited mobility women found it necessary to depend on men’s views to understand their own world. Prevention of mobility is also a sort censoring of imagination, which is fundamental to recreate the world through refined expressions. The tribal communities still have women continuing with artistic traditions because among them such binding norms are not inflicted upon their women. In the societies that have received formal education, ironically we see more and more women getting pushed into the domestic sphere despite having formal education. These women, unfortunately perpetuate two things via education; one, the morality that women have to practice as instructed by their men who have constructed the societies. Two, this education dulls their faculties to imagine because of its accentuation on morality and domesticity. If that is the case of the educated women in modern societies, one could imagine the lack of imagination and agency that the women had felt and undergone when they were deprived of education.

Today, when we talk about the freedom of women in order to do anything including art, we cannot just lament on the fact that women are comparatively depended on other people (their men and men in general who wander freely in the society) therefore they are not able to do good art or assert their artistic subjectivity in the open. Who would give freedom to women (artists), if they are not able to gain it for themselves? All the emerging societies with a cosmopolitan outlook show how women are introduced to the public domain via education and also with the help of their male folks. We see most of the early woman revolutionaries and reformers getting support from their husbands primarily and later from other men who work with them as colleagues or co-travellers. Slowly we see women with more imagination and political will do deal with their own bodies and minds breaking free from the shadows of their husbands and doing things as they wish to do. This is even happening today. But the only disclaimer is that women have to undergo tremendous pressures, accusations and torture from various quarters to achieve this freedom. Social ostracism and out casting could be the rewards for being independent and creative. One should also remember that such discrimination for creative women would happen only when they choose to move out of the system and work independently. 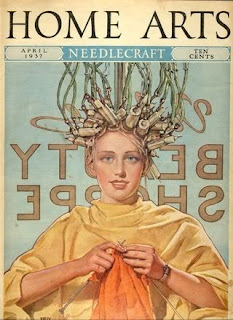 That means there is a great sacrifice involved in becoming independent not only as an artist but also as an independent human being who could think and act for herself. The major fear that most of the women carry with them not about breaking a family or becoming a vagabond but it is about the perennial fear pertaining to their bodies which could be seen as a public property the moment it becomes independent and not attached to a male owner. Daring this social attitude is one of the prime needs in order to become an independent artist. When an artist or a human being takes her own agency of body and mind, she also makes sure that she no longer functions from within the norms of the society. To function in such a hostile society, she has to become absolutely a republic while aligning with similar republics elsewhere. That means women artists have to drop their innate hate for other women and women artists. The moment they hate their sisters for whatever reason, the independence that they flaunt becomes a false one as they simply perpetuate the patriarchal values practiced both in the public and private spheres. Establishing allegiance with their independent sisters or at least making mental connections with them is one of the pre-requisites to become a flourishing independent woman artist. I say this because if one functions from within the norms of the society, her art will be always an expression of her fears than her real self that celebrates her being alive. The jargons she would select to speak about her art would be different if she agrees with the society.

A real woman artist is like Akka Mahadevi or Mira Bai, the saints who had left the society behind for their soul pursuit. Their symbolic removal of clothes and the conscious choice of saffron attires respectively is a statement of their independence and pursuit. One cannot produce an Akka or a Mira from within the clutches of the social norms. To gain independence as an artist a woman has to identify her free self and she cannot say that it is under control because of the society. She has to break free. To understand this freedom lying within her she has to have imagination. When her imagination is free and clear, she can express it the way she wants. She need not shy away from a sexual imagery or a serene scene that she depicts. Her body is no longer a limitation but a possibility because both women and men have bodies; only thing that is lacking in the body is its own understanding as a vehicle not the journey or destiny itself. When women artists get entangled with their bodies and the bodily thoughts, they become slaves of the bodies; one group may use body to express themselves and the other group may completely deny the existence of it. It is understandable that because female body is the most contested entity, they have to reclaim it in their creative works at least. 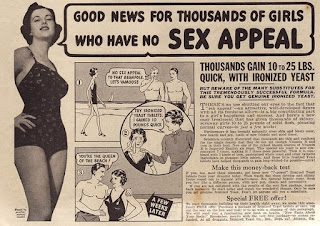 At the same time, we have to also ask how long we are going to deal with this body especially when it comes to the works of the woman artists. The answer is already there; so long as the society sees women as mere bodies, the fight in art also should/would go on. True, but then I should say that it is never going to happen. Even in the most egalitarian societies as we see in the west, today women artists are still dealing with their bodies. That means they are still facing the bodily issues within the society. To go beyond it and to become independent, the woman artists should actually remove the society and social norms from their thinking and imaginary systems. They have to shun everything including television and media that make them slaves to the male imaginations and to the social systems. This need not necessarily be done by much fanfare and rebellion. It could be done silently. If a woman artist decides to break free and remain on her own, she has to go beyond the society and the systems that constitute the society. The moment she does that her art becomes clear and forceful. There may be oppositions; but the freedom comes with a price.

Woman artists generally do not dare to do such things because they are not only the slaves of male imagination but also they think they are economic slaves within the domestic sphere. If one woman artist believes in the society and accepts all the norms including the male imagination and economy, then she would not be able to become an artist with complete freedom. A partner or kids would not be the detrimental forces that prevent a woman artist from doing her works. It takes a lot of courage and investment of mind to gain such freedom. The moment one accepts the demands of the society that tells one to run a family in certain ways and insist that she remains inside the home looking after the kids, husband, in-laws and so on, she is not going to make it. The freedom is not about breaking the family and going against all what is accepted. The freedom is about recognizing one’s own imagination and facing them boldly and beyond that facing the consequence without using fake jargons. Orhan Pamuk, the Nobel laureate in his novel ‘Black Book’ writes about a woman’s secret garden where she allows nobody including her husband and kids. Nurturing one such garden amounts to nurturing imagination; and the society is afraid of imaginative woman (artists). From that zone of imagination a woman artist could create the best works in her life, works born out of freedom, imagination and courage. If a woman artist is not ready to take up this courage to imagine, she would keep on expressing ‘my femininity, the goddess in me, my Devi-hood, my spiritual revelations’ and so on. I do not say that these are substandard works, but I say, they are works of generic imagination catering to the social norms. Getting out of the system is the only way. Any takers?

(All images from the net. For illustrative purpose only)
Posted by JohnyML at 8:38 PM