Delhi Contemporary Art Week: Art is the Last thing in their Minds 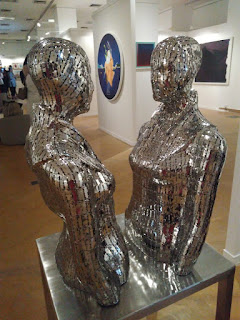 Delhi Contemporary Art Week (DCAW) is in its second edition. Held at Delhi’s India Habitat Centre Visual Arts Gallery, this four day affair is a mini-fair with tall claims that include ‘art education’ and a resistance to the ‘sidelining’ of contemporary art in the bigger art platforms and with a declared aim of promoting the young artists and their works. One of the senior art gallerists in Delhi says, ‘people buy art for art’s sake.’

Let me put this into perspective: nobody cares for contemporary art and it is our last ditch attempt to salvage the situation.  The high sounding claims are simply euphemisms that hide the quotidian nature of soliciting clients in the art market. India has an art market driven mostly by three or four names starting with Souza and ending with Raza. The lone contemporary warrior in this gladiators’ ring is Subodh Gupta. That does not mean that those other well known contemporary artists are already out of the race. They are there but they are not really minting gold for the art market. Solution: find new and fresh talents who could be sold for smaller amounts. That is where I would tie these two claims of ‘education’ and ‘buying art for art’s sake’. 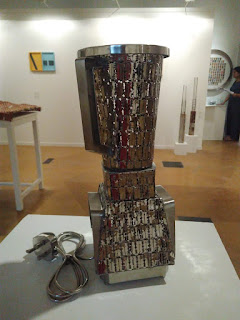 If you just look back to our art scene, it was not too far that the galleries in India (the elephants among the ants, if you permit me to reverse Sujata Gidla’s title) that said they did not want the public to walk in but they want the buyers to knock. The cultural responsibility of the art sellers (which a seller of any product would show in the market) had even gone on vacation in those days. These galleries wanted only the buyers to walk in thereby almost turning the gallery spaces into exclusive viewing rooms. If you compare the experience of catching up with glamorous openings in the suburban museums and corporate houses of the steel companies that lay far away from the city centres you would know why and how art has become an exclusive affair. But I should say they have not completely turned misanthropes; they arrange one bus for the plebeian artists and art lovers to be ferried to and fro, who basically make the viewers and the rest is guests.

So the statement, ‘at least buy art for art sake’ is not a statement that is for helping the art scene in any manner. It is a plea before the final rolling down of the shutters of the small scale art establishments which are already feeling the heat of the auction houses, private museums and the big time dealers. The interesting thing is that the biggest art dealers in India (as they deal with the biggest contemporary artists), Nature Morte also take part in this exercise called ‘DCAW’. By making art an exclusive and highly sophisticated property these are the same agencies now joining hands with the low end galleries to create this ‘cultural’ plea that the young and rich should come forward to buy the young and talented ‘new’ contemporaries. 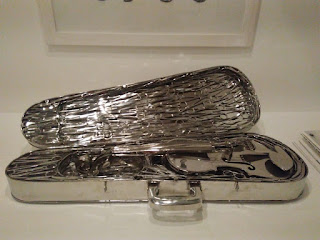 When we talk about art for art sake, we should also ask, where was this art for art’s sake argument till last season where art was all about social responsibility (socially responsive art) and being political. So today we have DCAW presenting that kind of art that is sold for the sake of selling. Am I wrong here? What happens in this? In the process, the artists who are supposedly politically inclined are either completely removed from the scene or are wrongly represented. You may not see a Riyas Komu; and the reason is clear. They don’t need political art. But you see an Atul Dodiya; that means they present him after removing the political fangs and claws. I am not going to argue with the people who come forward to ask me whether Atul Dodiya is political or not at all. Same is the case with Shilpa Gupta, Anju Dodiya, Zarina Hashmi, Nalini Malani, Begum Tyeba Lipi, Mahbur Rahiman, oh yes, Raques Media Collective and so on. Till the last season they were political artists but in DCAW we see them as devoid of any political edge; or at least they are presented so.

Coming to the educational claim; how do you educate the society through such expositions? So the pertinent question is this: Who are you trying to educate about art? Anyway it is not the public because the public is not going to be buy art. Nor does the public really keen on what these artists are trying to say as our country is currently going through a very tough situation. So they are trying to reach out to a section of the public that is affluent and care less about the socio-political on goings in the country. But to make them invest in the newbies they have to have some interest in the presented artists. That means, they are either going to buy the already known ones from the exhibits or they are going to pick up a few fresh ones in a dirt cheap price. There would be so many lucrative offers from the galleries including a buy back policy, part payment mode or even EMIs. 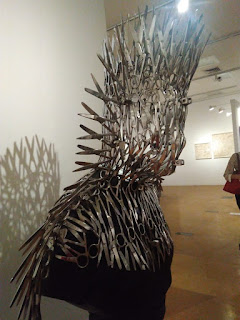 This experience is not new at all. During the end of the 1990s when the Indian economy was showing positive signs of growth and the global players were investing in the Indian market, a new generation of rich middle class came up who had some dispensable money which they wanted to invest positively. Art was projected as an investment area and many were coaxed and cajoled in investing in the art market, which responding to the international art market trends showed the signs of surging. This prevailed for around five years and by 2004 a huge haul was there in the art market where the investors started feeling high confidence and hopes. So the low end works were put away and big scale, big bucks works were brought into the scene. That explains the spectacular works done by even the crappiest of artists in the past decade. Today we are back to square one.

We are back to square one because we (means the galleries) are telling the world that ‘please buy art for the sake of art.’ Forget the politics, culture and all what you attach with art. And what is unsaid is simply this: you buy now and get the profit in the coming years. The elections are coming and I am sure that there will not be many who would pump in money to buy art at this precarious market situation. Besides, the art that the DCAW shows in the whole affair (a majority of them by the new artists) do not have anything to do with the present Indian realities or socio-political climate. They are all custom made products that look like sharing an international sensibility. And international sensibility is the sensibility that irons out all the differences and the ability for political dissent. Perhaps the gallerist is right, they are all art for art’s sake, not for anything else.

One of the gallerists says that the contemporary art gets sidelined in the large scale expos. I think that was a self delusional statement for the India Art Fair is all about contemporary art and all those world famous art fairs and biennales are all about contemporary art. Only in the auction houses the contemporary art gets sidelined. What you see in the DCAW is a replica of the India Art Fair. I could read that IAF is a strategic partner to this affair. I am sure that IAF is not self delusional. This is an effort to see whether these galleries could undercut the dominance of the IAF which is no longer an Indian affair. I would say this is the last ditch effort of the metro galleries to stay afloat against the onslaught of the private museums, auction houses and dealers and the ideologically misguiding government art establishments. Art is the last thing in their minds.