What Should Indian Artists Do to Survive: a Dominque Gonzalez-Foerster Lesson 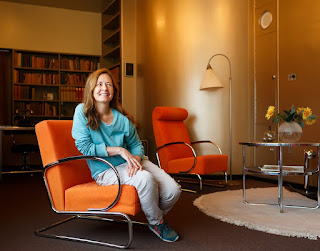 With no light flickering at the other end to show that the darkness that we have been passing through for the last few years is a tunnel, our eyes adjusting slowly to the darkness and above all in the Saramago-esque fashion learning to live in utter darkness the question that has been asked by one and all in any field of profession is this: how to survive in the given context? The easiest answer or perhaps the easiest pragmatic solution is to adjust to the situation, go with the tide and practically do not even make a whimpering noise about the system that has pushed one into the darkness. Of all human rights, if you ask me, which one qualifies for the prime position, I would say, right to survive. In that case succumbing to the situation is a way of survival at the cost of the basic spirit that often helps the idea pf survival and the act of surviving.

In such a bleak scenario, artists come to me and ask whether it is lucrative to be a curator or curator cum artist, thinking that my own survival in the field of art as a curator must be a sort of cake walk compared to the tedious aspects of making, transporting, exhibiting and trading works of art, the essential deeds and deals an artist irrespective of gender needs to do for basic survival. Succumbing comes in two different packages; one, with a heavy payload of guilt, if not selective amnesia when one succumbs to the situation as an uncritical collaborator, means, darkness is okay, no, it is not just okay but it is fantastic! Two, it comes in a very glittering package, a job with a pay packet. But a job takes the labor and breath away from the artist and often the artist has to work double time to attend the works of art knocking impatiently at his sensory doors. However, jobs offer something better in the surrounding darkness; a struggle free life. Buy, save, eat full meals and when time permits, make art. Human beings are prone to guilty feelings that force them to introspect. 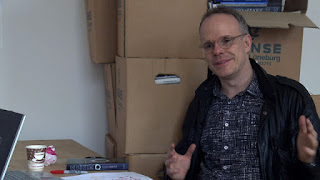 The more artists introspect the more they come with this question: with the situation continuing for long and no changes in the offing what could be done, but without resorting to the two solutions that we have just looked into. While reading a conversation between the noted curator, Hans Ulrich Obrist with the French ‘environment’ artist (not environmental artist) Dominque Gonzalez-Foerster I chanced up the answer she provides to a similar question. There was a situation in her life in 2003. She was invited to do a set for the singer Alain Bashung, yes against a payment. Once the work was done and the time for taking her money came, the singer apparently suggested that she could monetize the ‘set’ in some gallery. Perhaps, it was a friendly suggestion (which is not clear in the conversation) but definitely a commonplace one I believe. Often those people get things done by artists take their service for granted thinking that the artists would make their money from ‘elsewhere’.

In this context Gonzalez-Foerster says something which I think is important point for the young Indian artists to ponder over. Let me quote her: “…I think it would be beneficial if artists had the opportunity to choose a path that wasn’t linked to craftsmanship or selling objects; they could choose to work in a public situation and provide a kind of show or spectacle and be paid for it. If it were clear for art students from the very beginning that they had more options than just teaching at an institution or working with galleries, it would lead to much more interesting art. I would like to work towards this change.” When I read this I was a bit taken aback for a scenario that Gonzalez-Foerster talking about was existed once upon a time when the public and private patronage for art was a cultural norm amongst the rich, which the affluent found their personal responsibility towards society and aesthetic nourishment unto themselves. With the emergence of modern economies, this idea of patronage underwent a sea change and the patronage took a new name in the dictionary of economics; investment. Investment as we know is made to make profit and in that the object upon which the investment was made carried only a symbolic value, especially that of a paper bond liable to be varied in value at its best and at its worst, discard-able as junk. 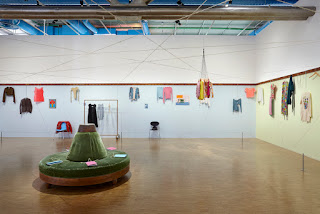 (An environment by Gonzalez-Foerster)

Gonzalez-Foerster is not just talking about a reintroduction of patronage nor is she asking for a benevolent and egalitarian investment habits and habitats. Her suggestion is rather loaded that asks for unpacking. She speaks of a path which is neither ‘linked to craftsmanship nor to selling objects’. When she says it she is unveiling an extremely disturbing fact of our times. Artists are either helping in crafting something for someone else or they are selling their crafted/created objects at whatever price. This is the case of almost all the artists however ‘successful’ they are in their creative career. Most importantly and ironically, most of them are happy about this situation provided they are getting the means to survive. Gonzalez-Foerster when she makes these suggestions is more Chaplinesque than anything else; utterly optimistic and full of goodness, which often are contrary to the ways of the world. She expects that the artists could be paid for their shows or spectacle done in a ‘public’ situation. And she goes on to wish that it would have been better if the students were taught this at the academies itself.

Now let us look at the reality against the egalitarian scenario that Gonzalez-Foerster is painting. Our academies are just working against the grain. Our educational institutions are actually working overtime to make artists who would soon become the nuts and bolts in the huge engine called the mechanistic economy. They are never train to become independent artists who could find alternative ways but they are actively encouraged to become gallery-ready artists. Further reading her and also analyzing her works in general tell us that her practice is not bound by the gallery or museum terms though she is not a stranger to the gallery/museum/art fair circuit. What makes her click is her ability to go multi-disciplinary. Here in India multi-disciplinary means the ill-equipped artists, but well equipped with money made in the market at some point try to incorporate multi-disciplinary ideas into their works. In fact these artists look ridiculous and a national shame for they do not have the ability to grasp what they seem to have ‘mastered’ in their works with the ‘help’ of others. 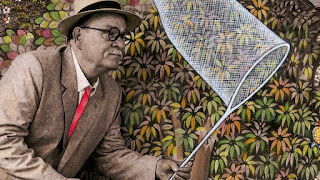 In India only the collectives like Raqs Media Collective and Pors and Rao could effectively work towards multi-disciplinary practices. The basic idea of creating multi-disciplinary art is intellectual and infrastructural collaboration with the experts from other fields and creating works in a combined fashion where one’s artistic identity is retained but work has always a sense of collectivity with other collaborator’s name prominently featured in the production and exhibition. You become a part and full owner of your art at the same time. In India such kind of intellectual truthfulness and clarity is shown by Waswo x Waswo in the production level negotiations. But in the case of most of the artists multi-disciplinary involvement ends up in inter-disciplinary excursions often resulting in half-baked works of art which do not have either the artistic finesse or the intellectual verve of the concerned fields. Gonzalez-Foerster perhaps makes herself more truthful and clear while most of the Indian artists try to avoid even acknowledging the technical involvement of other experts. So long as the truthfulness is not there the aspiration for alternative platforms cannot be fulfilled. And above all, what one needs for interdisciplinary and mulita-disciplinary practices is a profound intellectual make up by choice and nature. Today our artists produce works on environment, computing, gaming, refugee issues, architecture, anatomy, optics and so on without ever trying to understand the global implications and theoretical nuances. They just borrow expertise and demote the other experts as technicians.

Such artists can become fake revolutionaries in a flash. Gonzalez-Foerster makes a very good observation which I think is a perfect note to end this essay: “I am not a Marxist; I am not a communist. I am just trying to go beyond a very teenager view of art, this idea that ‘for years we didn’t make any money, so now we can drink champagne and live in big houses’. This is why it’s important to develop options for up-and-coming artists that will allow them to make a living doing exhibitions. Imagine a situation where artists can apply to a research institute. This, together with providing a fee for participating in an exhibition, would be a way to create new attitude and new kinds of work that are disconnected from certain formats. Of course, artists who want to supply the market with objects should be free to do so, but I would like to see a world in which it is possible to have both the situations.” Exactly my sentiments too.