A Letter to Rahul Gandhi from a Dr.Binayak Sen Fan 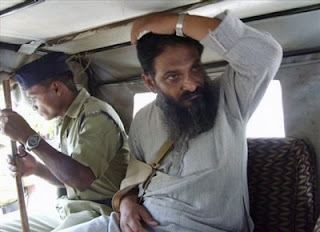 Congratulations for that thumping victory in the last parliament elections.

Congratulations again for your decision to opt out of ministerial posts and to concentrate on organizational works. Well wishers as well as sycophants would say that you should join the central cabinet only to gain experience in governance. Yes, like them, I too am sure that one day you are destined to become the Prime Minister of this country. As the Hindustan Times editorial said on the other day, it is in your genes. There is nothing wrong in it.

Don’t think about my identity and whereabouts. I am couple of years senior to you and looking forward to grow along with the political scenario that you have in a way facilitated in our country. Like many of my age, I am not euphoric about your victory. To be precise I am very curious about your future evolution as a politician; may be I should say, a social activist, that is a qualification that suits you well at this stage. When your activism is translated into policy matters, a lot is going to change in this country. I, as a writer, am curious about this aspect of translation.

I write this open letter to you on behalf of those thousands of people who raise their voices for the release of Dr.Binayak Sen, who has been wrongly detained by the Chattisgarh state government for the last two years. Reports say that Dr.Sen’s bail application is rejected by the State High Court and the Supreme Court of India.

You may think, if that is the case this Dr.Sen must be a dreaded terrorist. The problem lies there. Kasab, the captive from 26/11 terror episode spends his days in an ‘anda’ cell (Egg Cell or Blind Cell?) at the Arthur Road Jail in Mumbai. He is news; even his wish to meet the Bollywood hunk, John Abraham is news. We never know, one day, thanks to political and humanitarian pressures, even you would say let Kasab be pardoned and released. But Dr.Sen, who is not a terrorist, who has not indiscriminately fired at any innocent people is still in Jail. Why that is not a ‘news’ for you, I wonder.

I know, you have been busy with election affairs and you will still be busy for a few more weeks till a stable government is put in placeat the centre. Hence, to apprise you of the case of Dr.Sen, let me tell you- Dr.Sen is a ‘terrorist’. Please don’t jump into conclusions. Dr.Sen is a ‘terrorist’ with a difference. He is a terrorist in the field of social health and medicine. He has been working amongst the poorest of the poor and been giving them medical assistance and awareness. He is a terrorist because he worked selflessly for the poor, which eventually put the elected state government into shame. He is a terrorist because he pointed out the ‘terrorists’ amongst the state police force, who brutally and indiscriminately killed the village folk in stage managed encounters.

Did you tell me through the media that the last election verdict is on good governance? Yes, you did tell me. You told me one more thing that you wanted to spend time amongst the poor and know their problems first hand. You even went to stay in villages (I don’t want to think that it was a PR exercise or a Gandhi Tourism for the foreign friends). Cynics say that the village had already been sanitized. Cynics would say many things. I want to believe in your sincere efforts to reach out to the poor. You also told me that you covered almost one lakh kilometers to understand this country (so what even if it was for election campaign?).

Do you remember that famous scene from Attenborough’s ‘Gandhi’? Under a railway bridge, Gandhiji sees a young mother trying to cover her shame with torn rags. He sends his upper clothe floating over the waves. Captured against the setting sun, this scene is the one that got etched in my mind the day I watched this movie as a young boy. Did you see such people in your travel? Or you saw only those post-card perfect images of a tourist’s India. If you have seen what Gandhiji had seen almost a century back, then it is time for you to think in real time.

Organizational activities are needed amongst these people- not amongst those Khadi wearing temporary Youth Congress men. You ask your guys to go to these people and help them out. You have chosen the cream of Indian youth as your team. Great. We have a lot of hope on you and your team.

Let me come back to Dr.Sen’s case. You, in one of the press meets in Delhi said, Ottavio Quottrocchi (Bofors fame) is no longer an issue. True. Intelligent journos like Karan Thapar, Vir Sanghvi, Rajdeep Sardesai and so on also endorsed that statement of yours. They said, you got it right. Yes, I, as an Indian citizen, do not get up in the morning with a chill running through my spine as I see a Bofors gun and Quottrocchi’s face in my early morning dream. I don’t even think about the nuclear policy of India before I go to sleep and when go around with my business during day time. You got it right.

Then, what is our real problem? Dr.Sen’s detention is one of the problems and a pointer towards a host of problems waiting in wings for you. Please address it. I believe you are the only person (in authority) in this country who can take an initiative to free Dr.Binayak Sen. Okay, let me tell you, if Dr.Sen could be proved the biggest terror that our country is facing today, let us hang him; not in the enclosed area of the central prison but in Public, in Connaught Place, and let us telecast it live. Yes, this country should learn a lesson from a `terrorist’ like Dr.Sen. Shouldn’t we?

So far no real charge has been slapped against Dr.Sen. Oh yes, they say he has been colluding with a detained Naxal leader. But it is proven with evidence that Dr.Sen was visiting him in Jail (when Dr.Sen was a free bird) with the permission of the Jail authorities. That too, in the capacity as a medical practitioner, not as a comrade in arms.

Come on, I have been visiting Tihar Jail, Delhi for the last two years as a part of a project that I am doing with Anubhav Nath of Ramchander Nath Foundation. None can even stop his car in front of the Jail without the permission of authorities, forget just entering the premises.

If Quottrocchi is no longer our problem, then what it is? Dear Rahul Gandhi, I strongly believe that we have so many problems in our country that need urgent attention. Detaining a well meaning man is one amongst them. What do we get by punishing a man who helped the poor?

I have spent a few days in Chattisgarh. I have been to Naxalite infested areas like Narainpur there. I saw police units deployed along the length of roads adjoining the forests. But at night I saw none of them. I heard a lot of stories from people who are traumatized both by the Naxalites and the state police. Dr.Sen was living amongst these people and helping them in their medical problems.

Think about it. Your image is going to be etched permanently in the minds of the young people in this country if you take initiative to free Dr.Sen. Whether you become the Prime Minister of India or not, your social activism will be acknowledged for the humanitarian gestures that you express in public a la Mahatma Gandhi.

Firstly...for a blog poster claiming to be a writer, this is mediocre writing. Not focused, not direct and unintelligent. Obviously pretentious.It meanders like a silly art film.

Secondly, why is it that closet-commies always have the vilest of feelings for the police force and their brutalities, while you give the Naxalites a homeopethic reprimand? The Naxals are bloody thirsty terrorists and extortionists. There is nothing heroic or noble about being a naxal. It's no different from joining the underworld. Naxalism is a trigger happy life style for lazy and cruel criminals. That is about it. They are one of the biggest threats to democracy, development and peace. How many police men and tribals have they hacked /chopped/shot/ hung? You kept a count? Just look how they resist any development work in the areas they have taken over. The dangerous objective of these criminals is to use terror to protect their biggest asset...POVERTY.

Now about Dr. Sen. Is the Chattisgarh govt. and the Supreme court of India MAD to imprison a good doctor giving free treatment to the poorest of the poor? Who do you think you are kidding? Your Mother Theresa the second wears red underwear.This is a man who is a clear sympathizer of the Naxalites. He has been campainging against the Salwa Judum, an indegenous tribal movement to fight Naxal terror. He has conspired with Naxalaites in waging terror attacks against the state and its hapless people. There are thousands of doctors in this country who with out a fuss, treat the poorest of the poor and do just that. They don't use their profession to propagate dangerous, anti-national and criminal ideologies. Therefore they don't get arrested but get honored.Simple!

Dear Twistolime,
thanks for that wonderful comment. I can taste the bitterness in your personality.

You have the freedom to call my writing medicore, unintelligent and unfocussed. And pretentious too.

You have some problem with not only art film but also any kind of art. And to understand art you have to taste what is sublime. You are too far from it.

Intolerent people call names. And they hide behind fake names. You are one among them. What a pity.

You seem to have hands on experience with all what is going on in Chattisgarh. Please enlighten me with your experience.

Dude, my gmail id is this johnyml@gmail.com. If you have guts come out in open and talk to me.

By the way, my blog is read by around 200 people daily.

Be happy in your fool's paradise dear....