From Thriller to Never Land- The Other Self of Michael Jackson 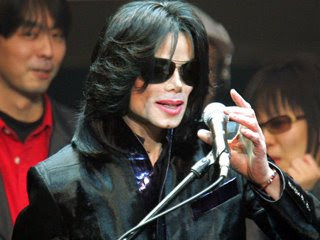 Five years back, one fine morning, I decided to part with my favorite 50 Cent album. On the previous day I had bought a CD of ‘Thriller’ by Michael Jackson. You can see a bit of anachronism there. 50 Cent came much later in the scene, he must be a 21st century kid trying to step in the path left vacant by the violent deaths of Biggie and later his buddy Tupac Shakur. Rapper Eminem was his mentor and I had seen Mile 8 by then. Hip Hop was not fad in India though the popular Bollywood music was trying to struggle away from the clutches of Jazz, Blues and Rock. Michael Jackson was there as an influence and also as an irrefutable spoof. Indian film Industry was not prepared to take the refrain,‘mother f***ing’ from 50 Cent. We had to wait till a few more years to familiarize ourselves with Snoop Dog who said Singh was still king.

Michael Jackson refuses to die and I still listen to him at least twice in a week, if not from my personal stereo, from the blasting sound devices of a local gym in Faridabad, Haryana where I sweat the stuff out daily. I was with my artist friend Chintan Upadhyay and curator friend Anubhav Nath, when my wife called to tell me that the King of Pop, Michael Jackson was no more. Going by journalistic clichés, my response should have been a ‘shock’. But I was not shocked. As Vir Sanghvi of Hindustan Times said in his piece later, we were all expecting this but only the timing was bit odd. As an avid reader of newspapers, I too had seen snippets on Michael Jackson’s physical, mental and materialistic conditions. The last news item that I had seen before his death was formally announced was of him going for a ‘skin shave’ to ward off some kind of skin cancer.

Someone from the fourth estate had asked Chintan for his response. Yes, it is like that when a very ‘popular’ guy passes away, the reactions of the local popular guys are sought. As you know, Chintan is our local popular guy though he does not have much do with rock music. His response was another cliché. He said, ‘It is the end of an era.’ Predictably, several newspapers screamed on the next day with this cliché (obviously not from Chintan, but thanks to the lack of other adequate phrases to express MJ’s death)- End of an Era.

This put me into thinking. What was Michael Jackson for me, who is not at all a keen listener to the Rock/pop music? Like many I too had seen MJ videos, listened to his music. Beyond that, was there any connection between me and a global icon like MJ? Soon came the answer, he is a Global Icon because people like me in some way like him, despite all his shortcomings as a person. We adore him and feel thrilled the moment we see his videos played out in a plasma screen in a local pub, Youtube or in some music channels. Geography, race, time and anything that restricts vanishes in this adoration. A global icon is born when all the barriers are transcended. There is unconditional love between the adored and the adoring, if not unconditional hatred.

Vir Sanghvi is perceptive when he says that it was Michael Jackson who added visual relevance to a purely audible medium that is rock music. He brought theatrics into it. He added visual magic to music. True, when I look back to my teen years, exactly when MJ consolidated his position as the King of Pop, it was MJ’s visual part that came before the part of his music. As a rural boy, I remember I came across Michael Jackson for the first time as a pair of eyes looking out from the glossy posters in a local barber shop. Those eyes were so powerful like those of a wild animal. Then came the curly locks and an effeminate face. It was MJ for me during those days. Later I heard him. To my untrained ears he was a set of screams adequately pepped up with electronic string instruments and drum beats.

I came to know MJ closely almost after a decade since his path-breaking album came out in 1982. I was introduced to Bob Marley’s reggae music and the interest grew slowly into the general black music. Michael Jackson was there- between James Brown and 50 Cent. He was an extension of wailing, rapping and break dancing. He transformed the wailing into screams, the rapturous incantations of rapping into musical hooting, street aggression of break dance into aesthetically polished moon-walking. MJ was continuously polishing himself. He rebelled against his own clan of the Jackson Five to transcend himself as a solo artist. The child prodigy of the Famous Five soon became an unresolved hero of black rock.

MJ made attempts to resolve his own confusion through successive plastic surgeries. He reinvented himself through skin jobs and nose jobs and every time he did it his blackness was pronounced in a different way. He was a performing artist and at the same time he was a performance artist too a la the French artist Orlan who underwent a series of plastic surgeries as a part of her creative projects. Or he was like Cindy Sherman, who impersonated herself as characters in order to erase a ‘given’ character. Or he was like Yinka Shonibare, who enacted colonial dramas through impersonation. MJ was taking impersonation a bit too seriously.

In 2002 in London, I spent innumerable number of hours in Goldsmiths College Library and watched all the visual materials available on/of MJ. It was a revelation; this man who was accused of pedophilia, overspending and drug abuse was actually a genius caught in his own body. He was trying to escape from the bodily bondage through successive abuses of his own body as he did not find any other adequate route to transcend his internal self. Look at Madonna, who came after MJ. She turned to the Eastern philosophy to transcend herself. MJ did not look for any alternative philosophy. He lived in materialism and died in the lacks of it.

The death of Michael Jackson in fact informs us of his physical absence. At the same time, the news of his death and the ensuing controversies and estate related problems heralds the beginning of a new era for his music. With his death, he ceases to be a musician who introduced moon walking to rock performances. He becomes more in his death. I still remember the images of his wolfish self in the album Thriller and the image of him lying like a leopard on a tree branch in the Never Land Ranch, as seen in the documentary ‘Living with Michael Jackson’ by the British Journalist Martin Bashir. From Thriller to Martin Bashir’s documentary and the twenty years that passed in between- one thing is consistent in MJ, his other self. You call it a beastly self or a divine self; whatever you call it, MJ was actually looking out for his complete metamorphosis into that. He is going to haunt us through his music because, in his death too, he has not completed the metamorphosis.
Posted by JohnyML at 4:40 PM

The greatest education in the world is watching the masters at work. - Michael Jackson