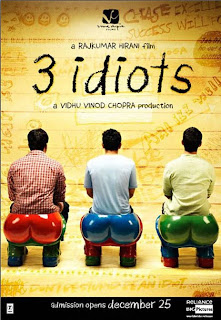 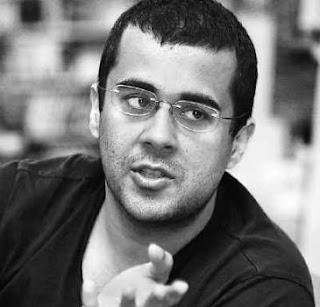 When a new book hits the stands and favorable reviews flood in the news space, it is a common practice that the publishers of the successful author get into action by re-launching the former books by the same author.

‘2 States; The Story of My Marriage’ by Chetan Bhagat’s latest was a huge hit. Along with ‘2 States’ Chetan’s debut novel, ‘Five Pont Someone’ went into a new edition.

This time, the jacket of Five Point Someone screamed ‘Soon to be a Major Movie’.

Inspired by cultural and creative cross references between the movie and the book, people started buying the copies. And those who had already read it, attempted a re-reading.

As we all know by now, when the film hit the screens all over India, Chetan Bhagat’s name was not mentioned anywhere in the credits.

‘Hello’, an adaptation of Bhagat’s ‘A Night at Call Centre’ was a dud at the box office. So nobody bothered whether the author’s name was mentioned in the credit lines or not. Even Bhagat himself wouldn’t have moved had it not been mentioned.

But here we have a successful movie with a successful and charismatic team working in it. The absence was too loud to ignore.

Controversy followed. Usual mudslinging to profit was performed in the media. We took sides to satisfy our moral, ethical and aesthetical preferences.

Perhaps, next time Chetan Bhagat would be careful while transferring copyrights of his works to a film maker.

For an Indian author ten lakhs rupees is not a small amount. That was the amount Chetan Bhagat received for handing over the copyright of the novel to the film makers.

But the hurt of discredit is more than Rs.10 Lakhs.

Should Bhagat be disappointed even after the open and hidden truce with the film makers?

No, that is my answer. Reason is simple.

The audience that watched ‘3 Idiots’ is not just a dumb audience. A considerable portion of it is comprised by people who know the merits of all the four major names involved in this movie.

All four are culturally enlightened populists and they are popular for that reason.

However, has the controversy done anything better for the movie makers? No. Because Aamir Khan movies stand mostly on Aamir Khan’s popularity.

But Chetan Bhagat has gained a bit from this controversy. He has earned a new set of readers.

For example consider this incident in a Reliance outlet at Faridabad, Haryana.

In this Reliance outlet you have a book section. Each successful book has a Hindi translation here.

A woman in her late twenties comes into the section with her husband. She is obviously one of those people who would enjoy a television show than reading a book.

“Where is that 3 Idiots book?’ she asks the attendant.

She is just a sample. There must be thousands like her who are initiated to the literature of Bhagat through the controversy around 3 Idiots.

Chetan got a new audience. But what happened to his story?

It is vandalized beyond recognition. Ranchod Chanchad, the character who is a super achiever and enacted by Aamir Khan is just another five point someone like Raju and Farhan in the novel where he is called ‘Ryan’.

The Professor (Cherian) in the novel is a serious teacher than a lisping comic brute in the movie.

In short, the reflections on reality in a fiction are further fictionalized to fit into the Bollywood formula by the film makers.

Result, as Sagarika Ghose of CNN-IBN observed in Hindustan Times, is that 3 Idiots celebrates the idea of hating higher education by the Indian populace.

The movie makers might not have expected this reading.

Chetan Bhagat was promoting original thinking even by the under achievers. The film makers misread it as a forceful under achievement.

The novel celebrated the sexual liberation of a generation. But the movie put that thinking back to the traditional one- no pre-marital sex allowed here type.

Chetan Bhagat in his novel stripped off the hypocrisies of our educational and social systems. The movie makers sewed it back.

Whatever be the case, the film is thoroughly enjoyable because it is an unconscious re-construction of what is already is deconstructed.

And we like anything re-constructed with a happy ending- including a body massage.

There are four idiots behind this success. Aamir Khan, Vidhu Vinod Chopra, Raju Hirani and of course, Chetan Bhagat.

Rest of us….as Pavan Varma said almost a decade back, the great Indian Middle Class.
Posted by JohnyML at 7:45 AM

Great post, Johny M. But I would like to add that 3 Idiots is loosely based on Five Point Someone whereas Hello was far closer to Night at Call Centre.